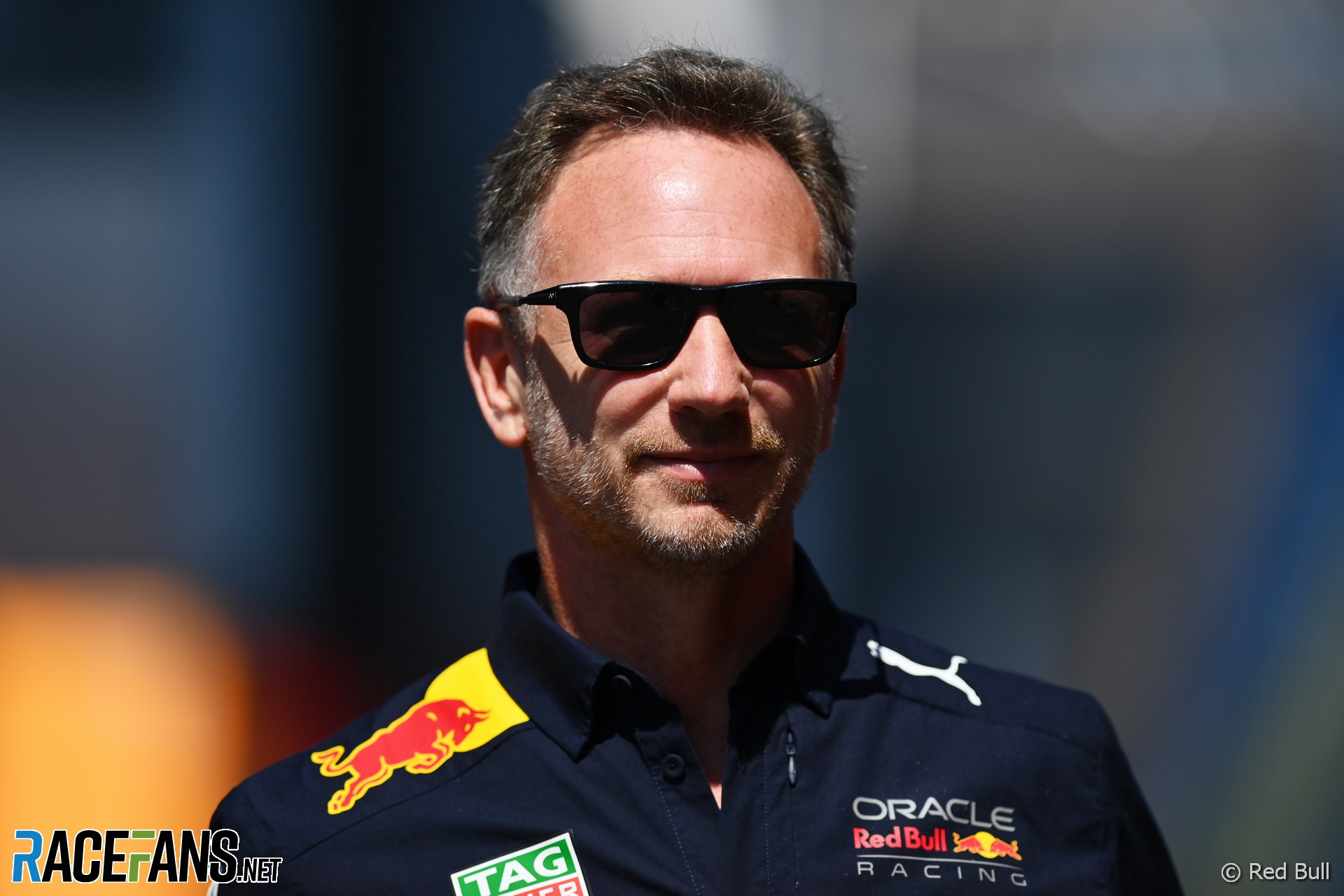 Red Bull team principal Christian Horner says the rules changes the FIA have proposed to tackle porpoising in Formula 1 cars next year are too drastic and have been announced too late.

The FIA said last week it will impose technical changes on the cars for the 2023 F1 season on safety grounds to reduce the severity of the porpoising which some teams have experienced this year.

The new rules will raise the cars’ floor edges by 25mm and also alter the under-floor diffuser throat, both of which affect the powerful under-body aerodynamics which cars use to generate downforce. The FIA will also impose a tougher lateral floor deflection test.

Horner said the new rules will “change completely the philosophy and the height of the floor and the throat of the car for next year.” He also claimed the new rules had come about due to pressure exerted by a rival team upon the rule makers.

“I think there’s an awful lot of lobbying to change regulations significantly for next year, lifting [the side of the floor] so a certain team can run its car lower and benefit from that concept,” Horner told Sky. “It’s a very late point in the year to be doing this.”

“I think the president’s doing the right thing,” he added, “he’s collating all the information, and hopefully a sensible solution can be found because it’s too late in the day for fundamental regulation changes, which something like that would be.”

The FIA said the rules change is needed for next year as teams are likely to improve their designs to generate more downforce, which could make the porpoising problems worse. Although teams have generally encountered less porpoising in recent races, the FIA noted those events “took place at circuits where the effect is expected to be lower than normal” and “races where this effect is expected again to be higher will take place in the coming months.”

Horner disagreed with both points, and stated porpoising hasn’t been a concern for Red Bull throughout the season.

“We haven’t had a problem all year. There’s only one team that’s had a big problem.

“We’ve got some of the most talented engineers in the world in this sport and I can almost guarantee you, if we came back next year, there would be no cars, probably, with issues.

“At the last few races, it’s looked okay, here looks okay. So I think we don’t want to do is knee-jerk into an overreaction that could have fundamental impacts on next year’s cars.”