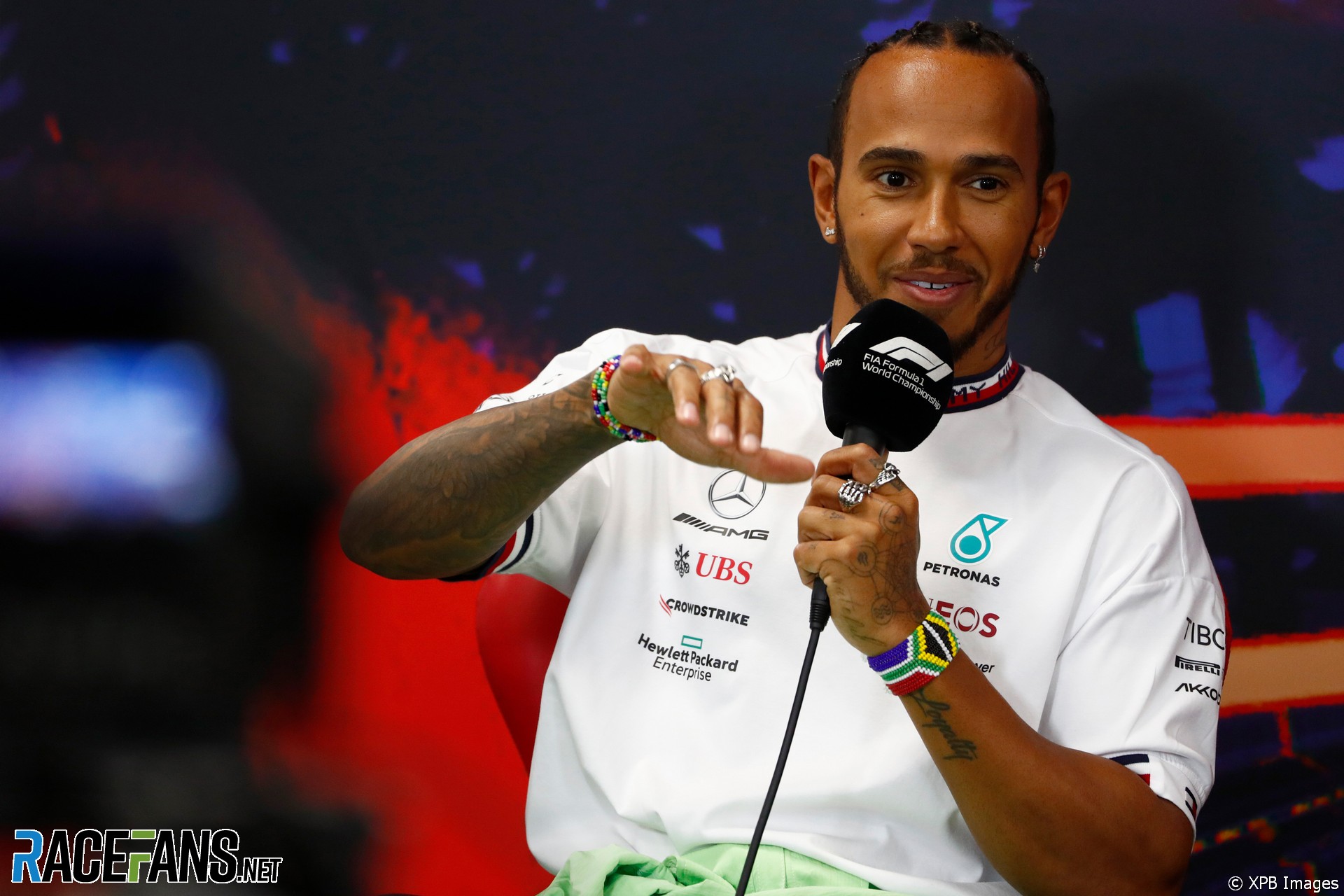 Lewis Hamilton says he remains committed to Formula 1 and is convinced he can score a win this year before the season is over.

In an interview during the summer break the Mercedes driver was quoted saying he has little left to prove in Formula 1 after winning seven world championships and 103 races. However during today’s press conference at Spa-Francorchamps Hamilton said he is still passionate about racing in F1 and working to further the cause of diversity in the sport with its president Stefano Domenicali.

“I think there’s still plenty to achieve here, personally,” said Hamilton. “Maybe not that many records, but still a lot of ground to cover with the team. And, like the guys here, still deeply in love with the sport.

“And I particularly like the direction and the things that we’re doing within the sport. The work and conversations that I get to have with Stefano. But of course there’s lots more outside that’s continuing to grow as well. So it’s exciting time.”

Hamilton endured a difficult start to his 16th season in F1 as Mercedes lagged off the pace in the opening races. However they have closed the gap to rivals Red Bull and Mercedes in recent events, and Hamilton’s car was potentially quick enough to win the last race in Hungary.

He has never previously failed to win a race in a season, but says he “definitely” believes he can take a victory before the season is over.

“Of course we’ve been improving, we’ve had this consistency that’s come out of the recent races and great progress that the team is just making, everyone pulling together, continuing to push.

“The car’s becoming more of a racing car, which is not particularly what it was at the beginning of the year. It’s more like a normal racing car in the sense of its characteristics, so that’s positive. The last race was obviously the best showing that we’ve had so far and that for us was a huge boost, just that we can close that gap.

“It’s naturally going to continue to be tough. We will keep our heads down. Those guys are doing an amazing job. But I do believe that we can close the gap.”