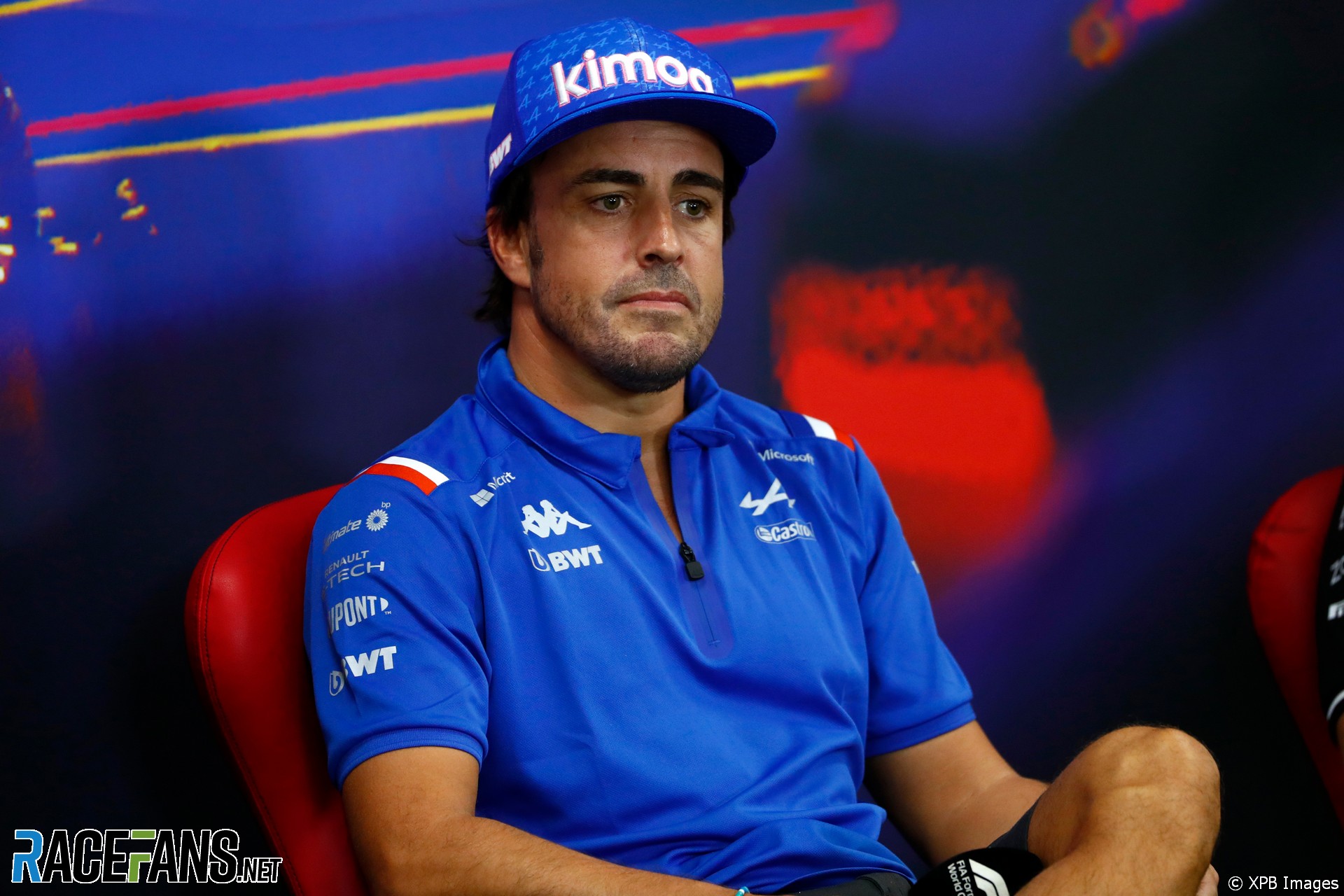 Fernando Alonso says he grabbed the opportunity to join Aston Martin as the team appeared more eager to sign him than Alpine.

The two-times world champion said Aston Martin called him soon after Sebastian Vettel confirmed he intended to retire from Formula 1.

“I had this possibility, I had the phone call from Aston Martin after Sebastian announced he was stopping at the end of the year, so at that point we sat down and we got to this agreement,” said Alonso ahead of this weekend’s Belgian Grand Prix.

Aston Martin is scaling up its operation rapidly as it aims to become a championship-contending team within five years. Alonso said “the project is very attractive.”

“Obviously there is a lot of investment going on in the last few years,” he continued. “A lot of new people came to the team – very talented engineers, designers, new facilities at Silverstone. So I felt that it was a nice project for the future.

“They were extremely happy to join forces and to have this possibility to grow up together and we felt it was the right thing to do.”

He didn’t expect to get the opportunity to join Aston Martin. “Everything started when Sebastian announced the retirement,” Alonso explained. “I think Aston was waiting for that decision.

“They were happy with Sebastian to continue one more year. And then Seb decided to stop and they started calling some drivers that they were interested in. I was one of those and I was still available.”

Once they began discussing terms, Alonso and Aston Martin reached a deal quickly. “We started talking on that weekend, briefly, about the conditions that I was expecting, about what they were expecting from me as well.

“We met quite quickly on our expectations and fulfilled all our wishes and on Monday morning we signed and we decided to announce quite quickly before any leak.”

Alonso said he would have been happy to stay at Alpine had the opportunity to join Aston Martin not appeared. “That was my intention and I was not hiding that as well,” he explained. “Every press conference that I did so far this year, I was quite clear that I was happy with the progress that we are making as a team.

“It has been an incredible journey for me to come back into the sport with Alpine, which I consider my team, my family. We won so many things together and that will be part of our history.”

However Alonso admitted he and Alpine were “not moving forward for a couple of months already” in their discussions over a contract for him to continue driving for the team in 2023 and beyond.

“We were moving around in different things and we were maybe not agreeing on the principle,” he explained. “It’s not only what you agree in terms of duration of the contract, it’s also the trust that you feel and how you feel wanted in a place, and if it was just a temporary thing or just facts and a [lap] time that they are happy with.

“It was always a strange feeling and I felt it was the right decision to move to Aston because they seemed to really want me and appreciated every performance that I was put in the last few years.”

Alonso expected Alpine would take up the chance to replace him with reserve driver Oscar Piastri, though he has subsequently announced he will not drive for them.

“It seems that there was a logical move to me because Aston was very willing to have me and trust in my abilities on the track and off-track as well to develop the project,” Alonso said. “In my case, also, it felt that after all the negotiations and demands, having the the seat available for for a younger driver and talented driver like Oscar, it was the right thing to do and a win-win situation it seemed for everybody.”

While he admitted he can’t be certain his latest career move will prove the correct decision, Alonso believes Aston Martin has the correct ingredients to success in F1.

“For sure there are some risks in every decision you make in Formula 1. No one has the crystal ball to guess the future.

“At the same time, in Formula 1 or in any sport, you win or you don’t. It doesn’t matter to be fourth or ninth or 13th – you are first, or you are not winning.

“I think all the Formula 1 teams and drivers, we are here to be in that top spot. Within the possibilities that I had on the table for next year, I think this one was the right one.

“As I said, the project has some ingredients for the future that in Formula 1 are normally synonymous with success – when you invest and you have the best people. So let’s see if we can shortcut that time as much as possible and make Aston Martin very fast next year already.”