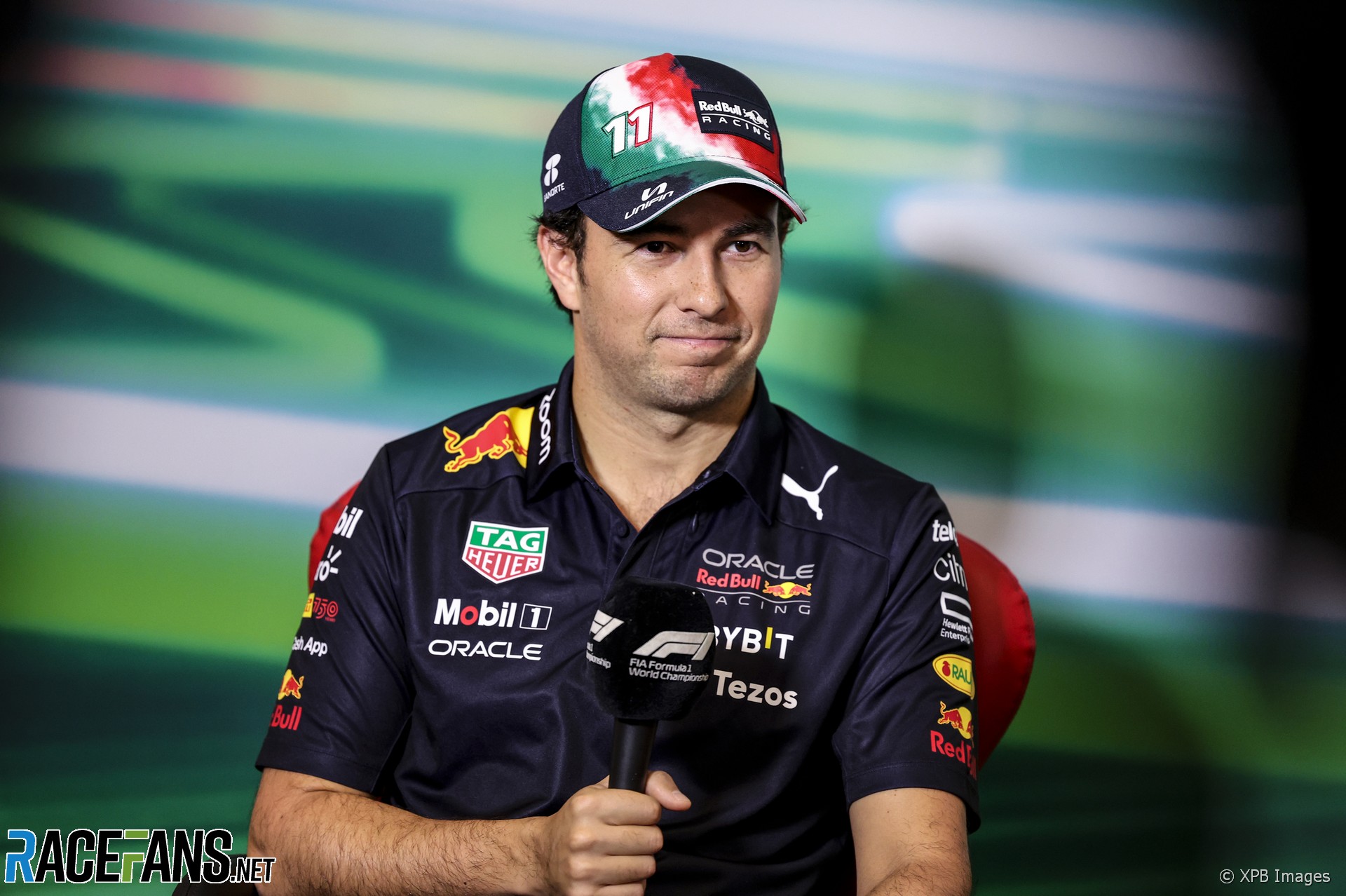 Sergio Perez knows he will need to be “perfect” this weekend in order to beat team mate Max Verstappen and win his home grand prix in Mexico.

Verstappen – who has already secured this year’s drivers’ championship – has taken 13 victories over the first 19 rounds, equalling the record of Michael Schumacher and Sebastian Vettel for most wins in a single season.

Asked if he would consider allowing his team mate to win if the Red Bull drivers were first and second heading into the final laps of Sunday’s race in Mexico City, Verstappen said he was “here to win. At the end of the day, the fastest driver will win the race.”

Just two points separate Perez from Charles Leclerc, who lies second in the standings. Verstappen says he does not believe his team mate needs his assistance in order to beat the Ferrari driver.

“I think as long as he finishes ahead of Charles, that’s the main target every race,” said Verstappen.

“I don’t think he needs any advice. He knows very well what he’s doing. He’s super experienced. As a team, we just want to have a good weekend.”

Perez has won two races this season – the most he has taken in a single year in his career – but admits he dreams of a home triumph at the Autodromo Hermanos Rodriguez.

“Of course I want to win this weekend,” he said. “This is my target. This is a target for everyone that is sitting here and that is coming to this weekend, also for Max. We are all very competitive and we all want to get the victory on Sunday, so we’re going to give it all we possibly can to achieve that.”

No Mexican driver has ever won their home race. Perez says he will require a “perfect” weekend to prevent his dominant champion team mate from taking his 14th win of the year.

“I’ve dreamt a few times already about it,” Perez said. “It would be massive for me.

“Obviously, that’s the target for Sunday. It will not be easy, we need to be perfect throughout the weekend. At the end of the day, it’s another weekend with the same amount of points – but it’s the most special one for me.”

Verstappen says he is not driven by the prospect of setting a new record for most wins in a season, but wants to win as many races as he can despite already securing the championship.

“I want to win every race we enter now this year,” he said. “Because of just the package we have, it’s looking really good.

“We have an opportunity to win more. For me, at the end of the day, I don’t really look at these stats. We’re just very happy with the season we are having.”