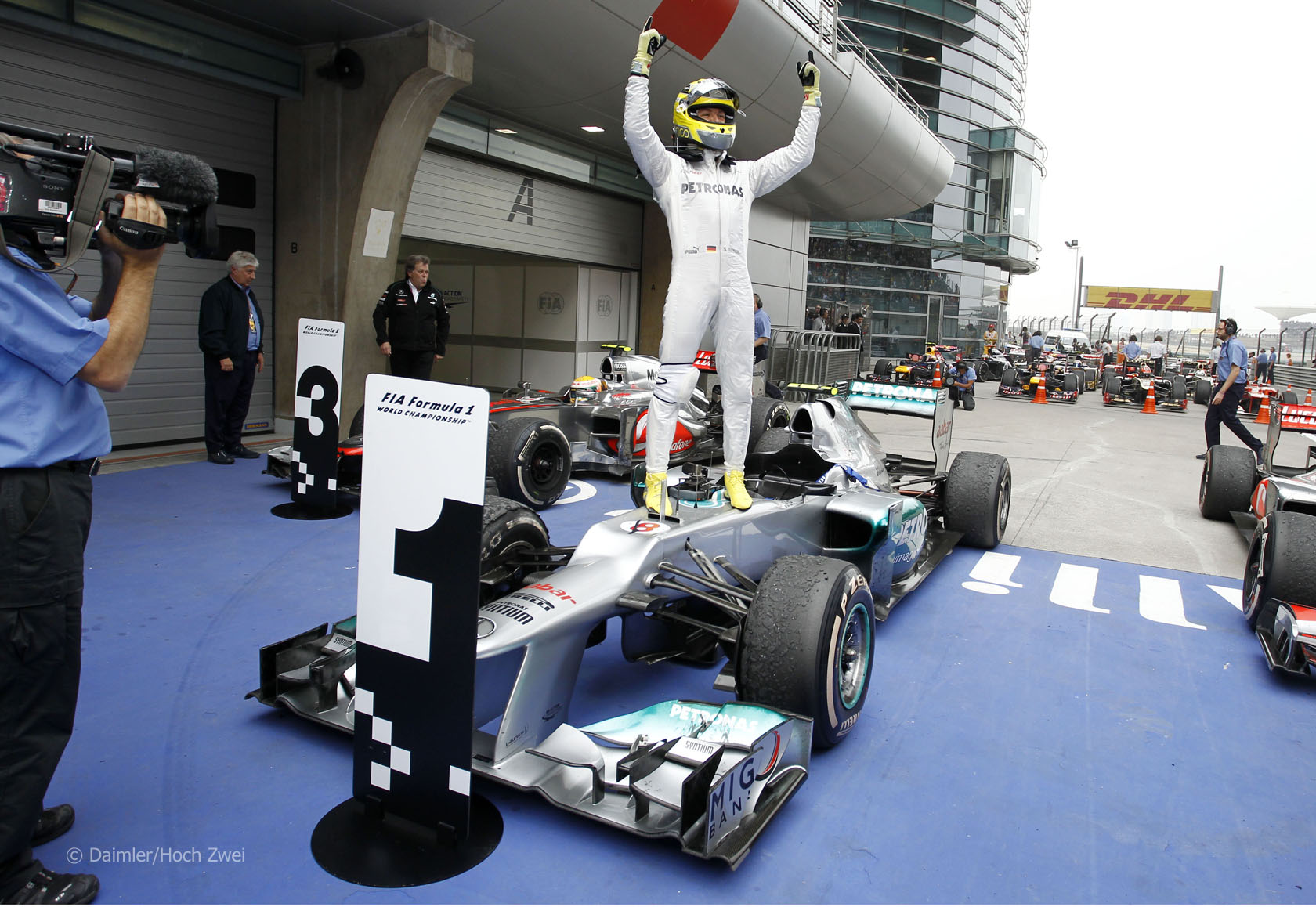 A selection of the best pictures from the Chinese Grand Prix weekend.

How could I not include this shot of enthusiastic Sebastian Vettel fans – and a nickname that is sure to stick.

Lewis Hamilton sported some new artwork on his helmet for this race. But it didn’t bring him much luck: a five-place grid penalty left him seventh on the grid.

First practice was wet so Jules Bianchi spent most of his time sat in Paul di Resta’s car, completing only eight laps. Michael Schumacher was fastest in the second practice session – but his team mate best him to pole position. Heikki Kovalainen beat his team mate again in qualifying but a technical problem spoiled his race. The pace of the Marussias continued to improve – in a race with no safety car periods, Timo Glock only dropped off the lead lap at the very end. Mark Webber arrives on the grid ahead of the start of the race. The star of the race was undoubtedly Nico Rosberg, who won his first F1 race and Mercedes’ first for 57 years.

27 comments on “Top ten pictures from the Chinese Grand Prix”