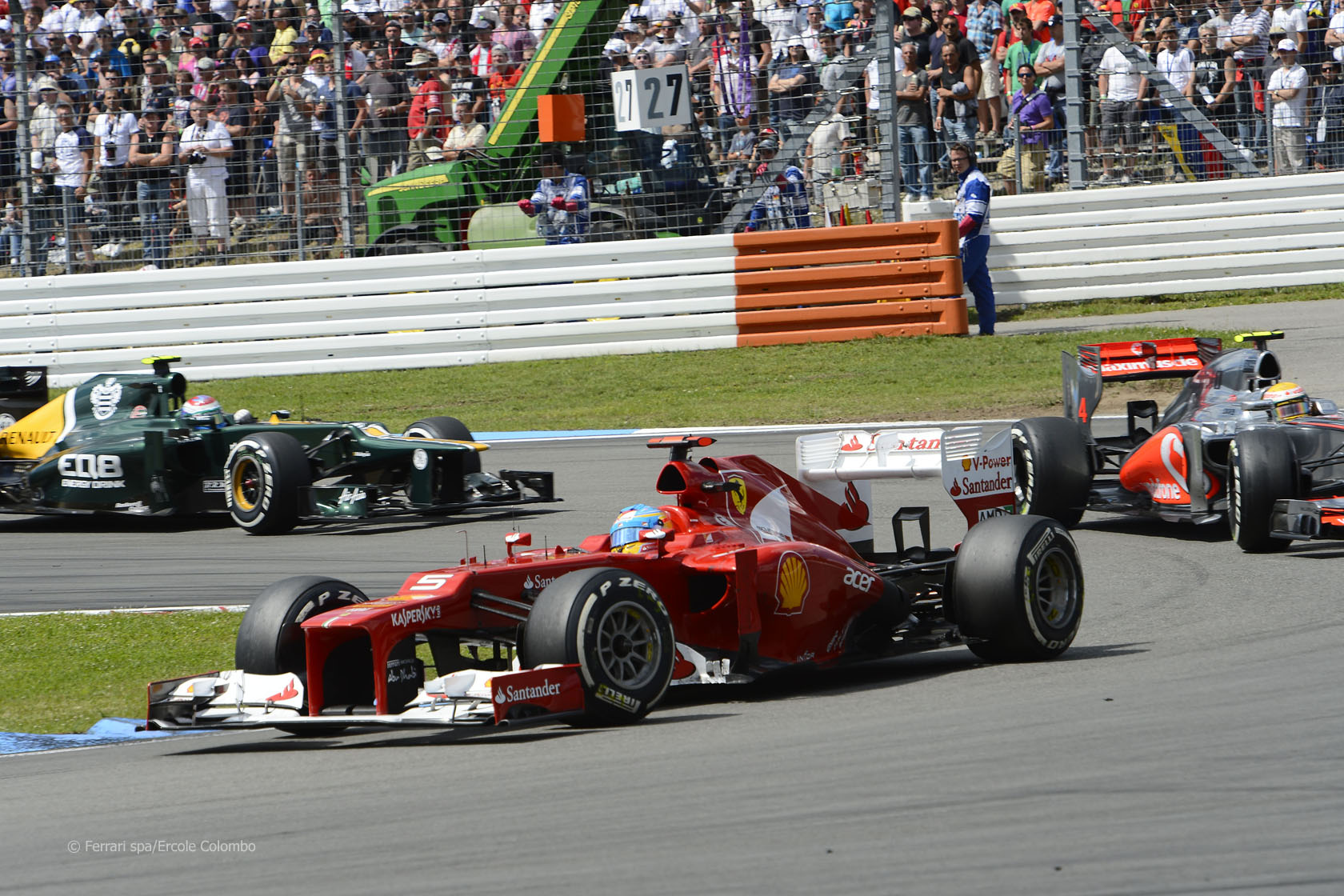 McLaren expected Fernando Alonso’s lap times to suffer at the end of the race – but it was Jenson Button’s that did. McLaren thought Jenson Button would be able to attack Fernando Alonso at the end of the race as the Ferrari drivers’ tyres had begun to go off before the end of the stint on previous runs.

The lap times chart above shows how Alonso’s times began to rise towards the end of his middle stint. At this point he was increasingly preoccupied with Lewis Hamilton, who was trying to unlap himself, but Alonso didn’t do much in terms of defending at this point.

But when it came to the final stint it wasn’t Alonso’s lap times that went off – it was Button’s.

Nico Hulkenberg started fourth and slipped to ninth at the finish. His tyres went off quite sharply at the end of each stint which, he said, made a two-stopped impossible:

“We always knew it was going to be tough to hang on to fourth place because we did not look especially strong in the dry conditions on Saturday morning. But when you’re in that position you hope for the best and actually the first part of the race was strong for me and I had some good battles.

“In terms of strategy, doing three stops was the way forward because a two-stop race was not possible with the way the tyres were degrading.”

Michael Schumacher set the fastest lap of the race shortly after his third and final pit stop. Tellingly he did so with ten laps to go and didn’t continue to improve his lap time, which goes some way towards explaining why he was unable to catch and pass the Saubers.