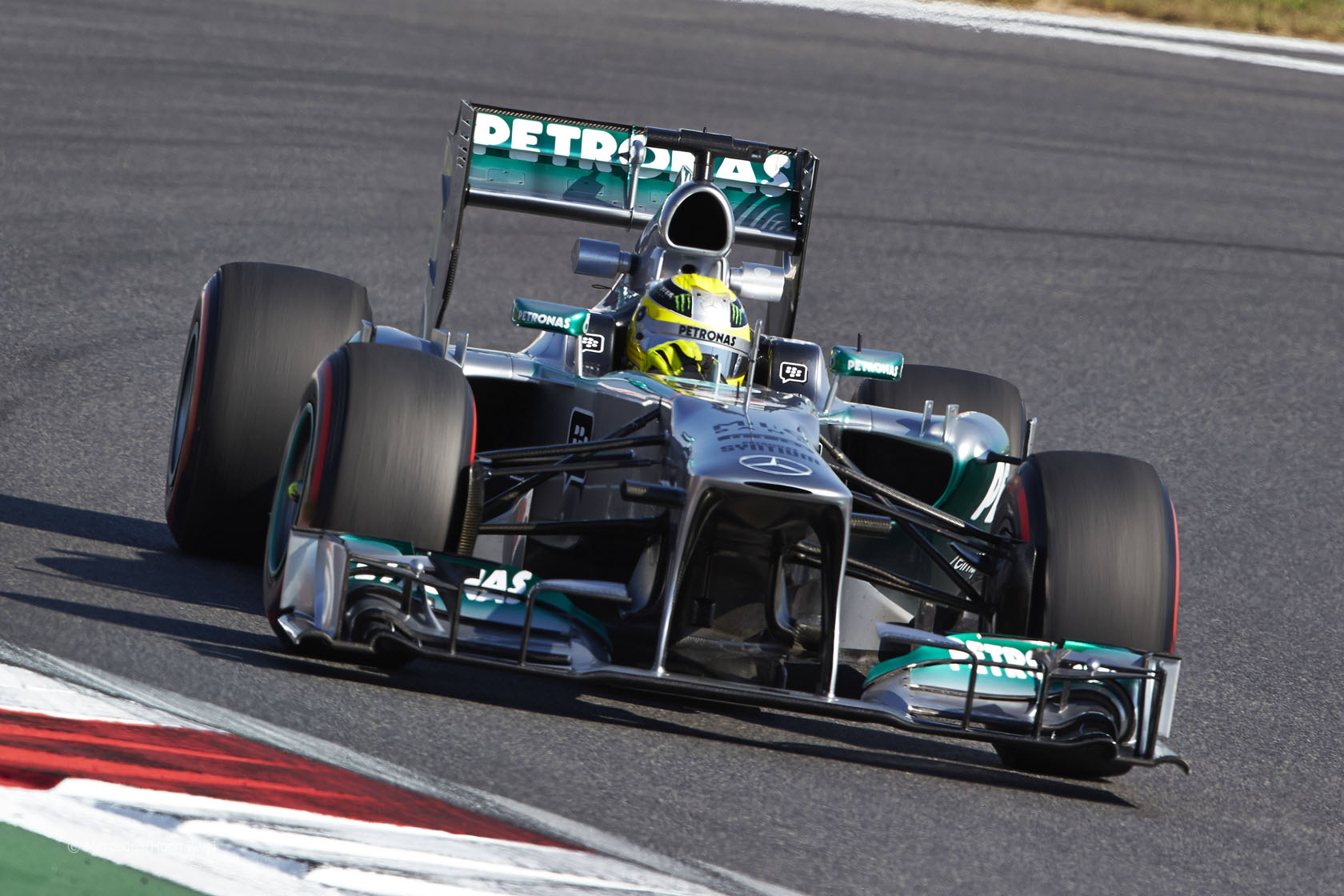 Nico Rosberg said he was on course for a podium at the moment his front wing spectacularly failed during the Korean Grand Prix.

“The car was very quick, I was really comfortable, podium was guaranteed at one point,” he said after the race. “Only for one second.”

“For one second the podium was guaranteed and I was going to go for Grosjean because I had really good pace in the car and just a great pity.”

Rosberg said he “really could not believe it” when his front wing collapsed, which occurred while he was passing team mate Lewis Hamilton.

“I was feeling good, had really good pace in the car, I was going for it. And then the damn thing, front wing drops and sparks coming off and it felt like I was sitting on the ground.

“So I had no idea what was going on – the team did a really good job with my engineer to quickly tell me what the situation was. All I could do was just try and cruise home.

“I had to understand also how bad was it because if the wing is really underneath the car then it’s massively dangerous. I could just completely lose control of the car and crash straight on without braking into the wall. First I had to judge how was the situation and then I understood it wasn’t too bad so I could carry some speed back to the garage.”

26 comments on ““Podium was guaranteed – for one second” – Rosberg”