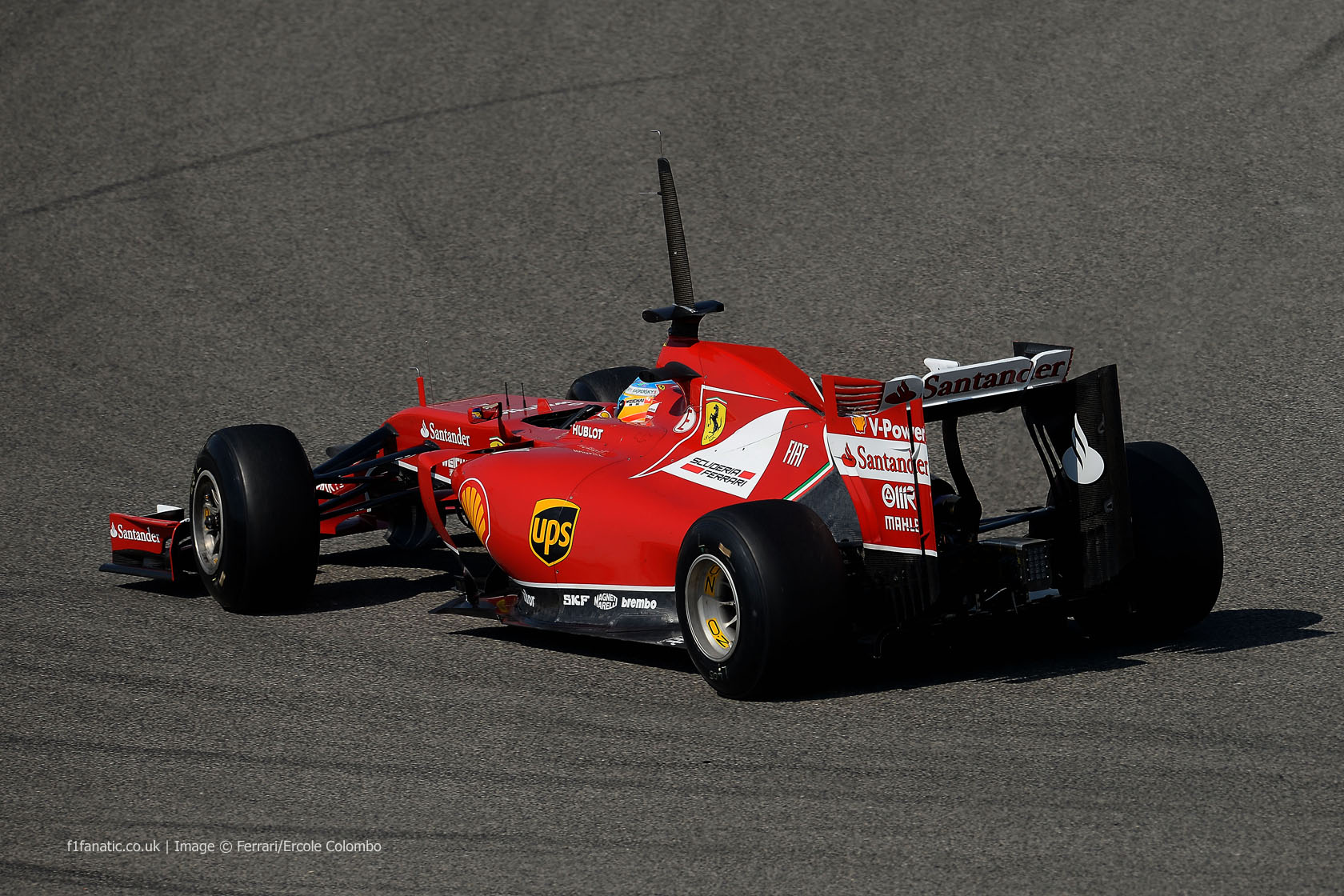 “We are still learning how the F14 T behaves in various situations and we are trying to gather as much data as possible,” said Resta after the second test began in Bahrain.

“One thing we are focusing on at this test is how the new power train is working and its interaction with the driver. Every new component is being watched carefully, such as the brake by wire system and all the software linked to the car, both of which we have worked on a great deal over the past two weeks.”

The team intend to “rack up the kilometres” at this test – finding more performance will be their next objective.

“The final updates for the Australian Grand Prix will arrive at the next test here in Bahrain and that’s when we will also start trying to get the performance out of the car,” said Resta.

The F14 T car has run more reliably than some of their rivals’ machines, particularly those powered by Renault. But the team are cautious over whether they might have an advantage over their competitors.

“The fact we had to change the power unit allowed us to modify the entire package, on which we have worked very hard, investing a lot,” said Resta. “But best not to commit the sin of arrogance in believing we have an advantage.”

27 comments on “Ferrari not chasing performance yet”