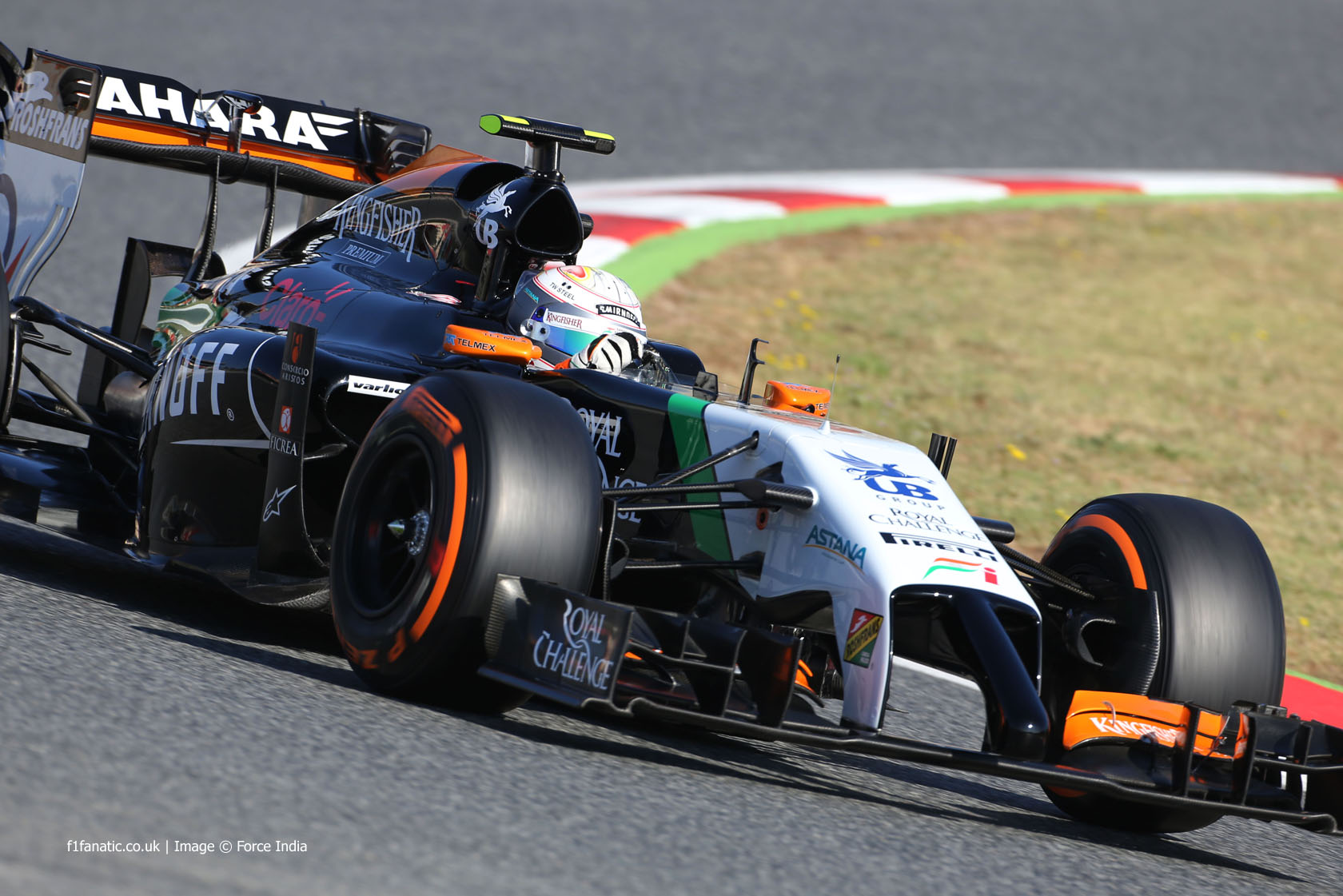 In the round-up: Force India test driver Daniel Juncadella will have his first run in an official F1 practice session at the British Grand Prix next week.

“The 23-year-old Spaniard will take the wheel of Nico Hülkenberg’s VJM07, returning to the cockpit after appearances for the team in pre-season testing and at the Barcelona in-season test.”

Stefano Domenicali: “It was clear that the teams that were strong at the beginning would keep that advantage for the season because with such a step change in technology. Mercedes have done a great job and they will keep this advantage for a long time. To close the gap in a situation where the regulation is more or less frozen is very difficult.”

Niki Lauda: “The alarm bell is ringing that the competition is coming closer. If the alarm bell rings in time then you can do something, but if you sit back, which we won’t try to do, you miss out.”

Marco Mattiacci: “There is a leadership that is working to fill up those weaknesses. But in terms of master plan, or strategy plan, the key points we will keep to ourselves. I will not give an advantage to the opponents.”

“I’m always optimistic going to Silverstone because I love the circuit but yes, it should be a circuit that suits us a little bit more. We’ve got to learn a few things about our performance here but once we do that, I think we’ll be fighting in the top five and trying to get on the podium.”

And. Here. We. Go. Leaving the pit lane for my first #F1 run @CircuitValencia #RoadToF1 http://t.co/xlKSTISQuu

Are Fernando Alonso, Sebastian Vettel or Lewis Hamilton realistic candidates for a seat at McLaren in the near future?

Alonso is too ingrained at Ferrari. He has destroyed Kimi Raikkonen so far this year, every bit as he did Felipe Massa. He is fluent in Italian, and is obviously the number one driver there. Why risk it for driving for McLaren, and for Ron Dennis, even though it’s seven years since he was there. Would it be any different this time around?

Everyone has seen Sebastien Vettel struggle this season. Riccardo has been sensational and has so far made Vettel look quite ordinary, despite Sebastian having the lion’s share of the mechanical gremlins. Despite this, Vettel still holds a lot of clout at Red Bull and I firmly believe that this year will only make Vettel even more hungry for success. In a team that he knows and a team that still possesses the best race car designer in the world, Adrian Newey.

Hamilton is the weakest link of the three. One has to wonder how Lewis will react if Rosberg wins the championship. A lot more has gone on at Mercedes than we know about, even before Monaco. Hamilton maybe nostalgic perhaps, but he will only consider McLaren if the Honda engine is good enough. Less than two years ago, many of us thought Hamilton was crazy leaving McLaren for Mercedes. Now we think he would be crazy to go back, nothing would surprise me.
The Limit

Happy birthday to Philippe Streiff who is 59 today.

Streiff made his F1 debut in a Renault in a one-off start at the end of 1984. The following year he got a break with Ligier, replacing Andrea de Cesaris, and in his fourth start for the team delivered a podium in the inaugural Australian Grand Prix.

However it was Tyrrell who he drove for in his first season the following year. He remained in 1987 alongside Jonathan Palmer, who won the one-off Jim Clark Cup for normally aspirated cars.

In 1988 he drove for AGS, who he enjoyed a fruitful relationship with in Formula Two, but ended the season without a point. That might have changed at the wheel of their 1989 car, but Streiff was left paralysed after a heavy crash during testing in Rio de Janeiro.

Four years after his accident Streiff organised the first of nine Masters Karting events in Paris which attracted many leading F1 drivers and past greats. He has also worked in motorsport broadcasting.

Here he is on his way to his best career result in Adelaide: