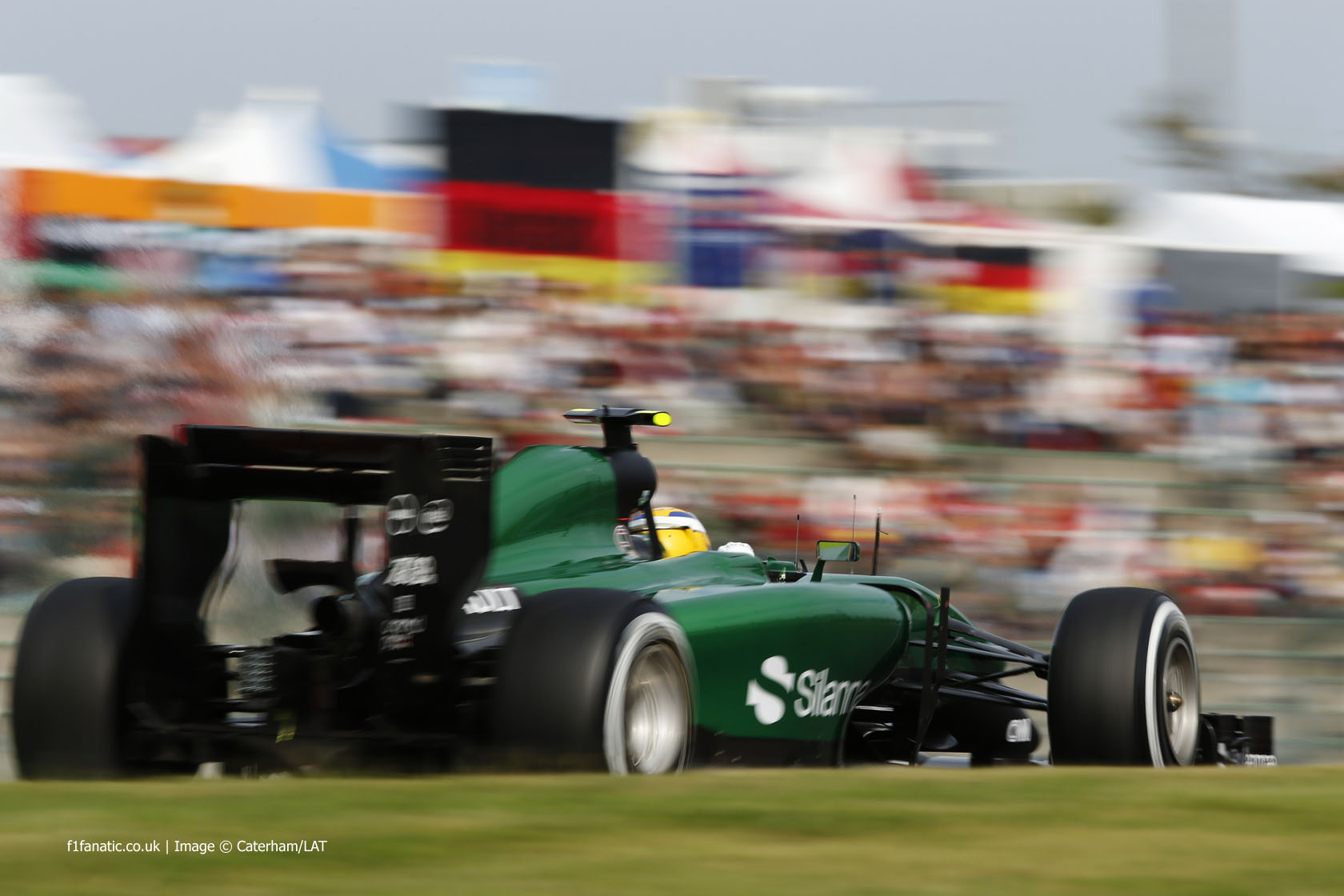 Gene Haas believes his Formula One team can avoid the “mistakes” made by the likes of Caterham and HRT when it joins the grid in 2016.

The future of Caterham’s team is in serious doubt following its sale earlier this year.

Asked in an interview for CNN’s The Circuit how he intended to avoid the difficulties they faced, Haas said: “I think the biggest problem they had is that they tried to get to the grid so fast they wound up having to take on partnerships that maybe weren’t thoroughly thought out and wound up making a lot of mistakes.”

“Inevitably they didn’t have the resources or the cars weren’t properly put together because they’d rushed things.”

Haas added he had limited expectations for his team’s immediate performance. “I think in the first five years it’s just surviving,” he said.

“We don’t have any expectations of grandeur that we are going to go out there and win championships. If we could even win one race in five years, I think that would be a tremendous success.

“Just the association of being with Formula One basically takes our brand from nobody to the stratosphere. Sooner or later we’ll march up. I’m not expecting to beat anybody, just maybe beat the guys at the back.”

The Haas F1 Team will use Ferrari engines when it makes its debut in the sport. Haas said the Italian marque “wanted to go beyond an engine supplier and they were going to actually help us with a lot of the basic structures of the car”.

“We would be very proud to be a Ferrari ‘B-team’,” he added. “That would certainly teach us how to run in Formula One and we quite frankly will take all the help they can give us, because you can’t really get better than Ferrari.”