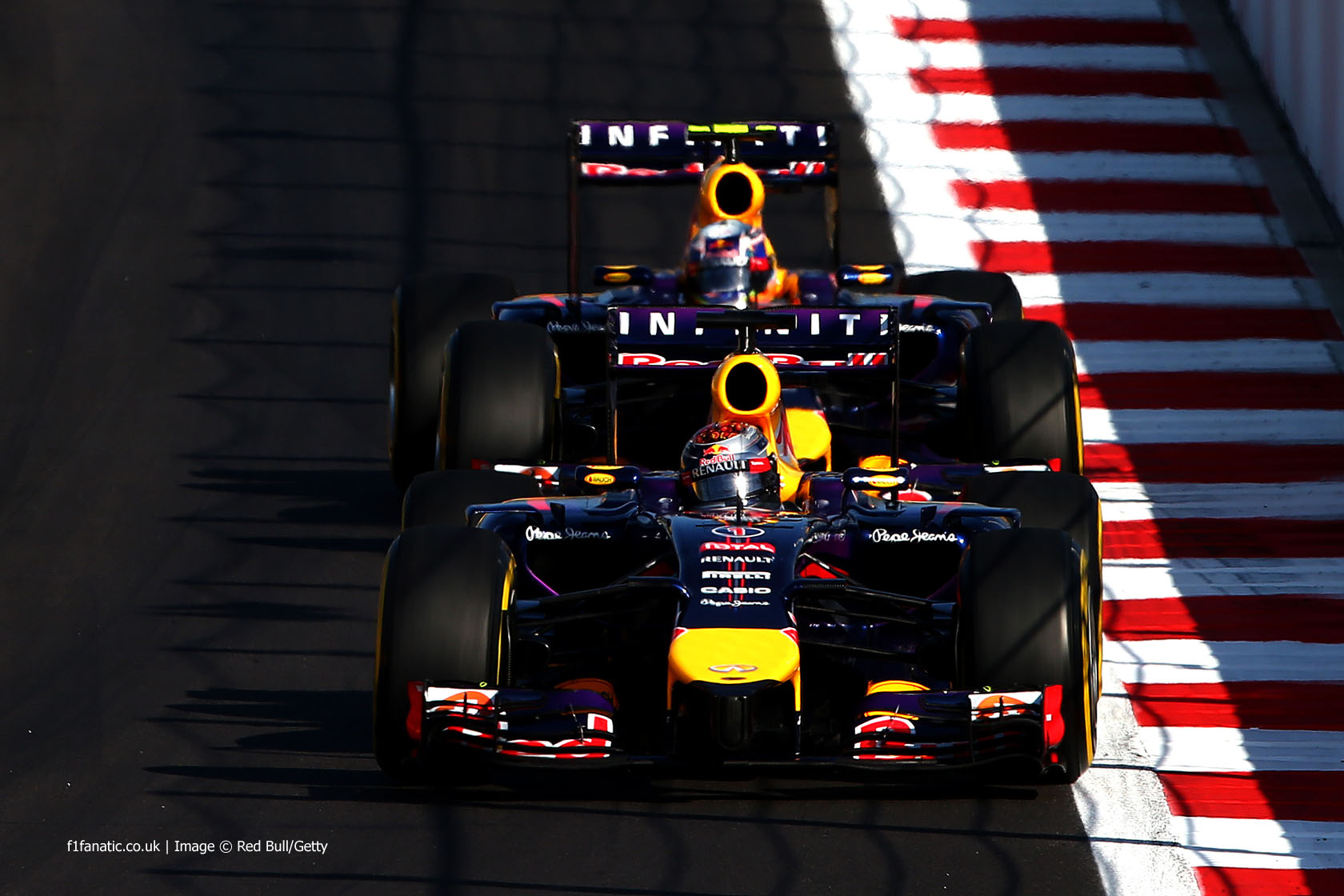 Daniel Ricciardo admits it would be “not ideal for everyone” if his team mate cannot participate in qualifying, but says it’s a consequence of the rules.

As Sebastian Vettel is widely expected to take a complete sixth power unit this weekend, he will be required to start from the pits.

Ricciardo explained that would leave Red Bull with nothing to be gained from running Vettel’s car in qualifying.

“I don’t think anything’s one hundred percent yet,” said Ricciardo, “but if you’ve got to race, and even if he qualifies on pole he’s still got to start from pit lane, so it’s like why would you put miles on the engine?”

“So that’s as I said it’s not one hundred percent, but obviously that’s the thoughts behind everything.”

“It’s not ideal, for him and for everyone, the fans, if that is the case,” Riccairdo added. “You want to be out there, you want to drive for yourself and you want to give the fans what they came for.”

“We’ll see what happens, but that’s the rules and the regs for this year and unfortunately that’s a negative from it if that is the case.”

Meanwhile McLaren have confirmed they will change Jenson Button’s gearbox this weekend, meaning he will take a five-place grid penalty.

27 comments on “Vettel missing qualifying “not ideal for everyone””