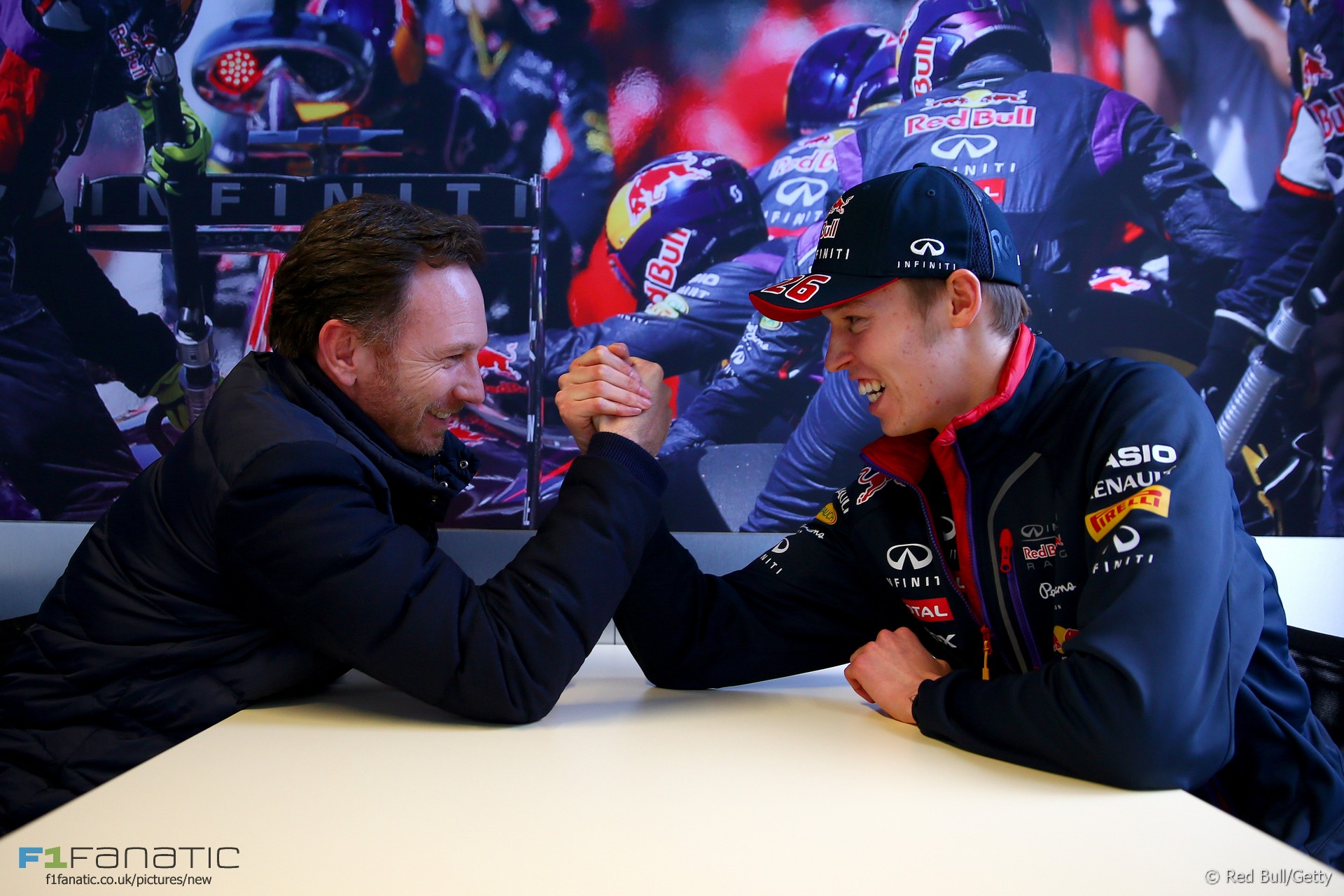 There’s no mistaking who the funniest commenters on F1 Fanatic this year: @Jethro and @Jonny705 managed to win our regular Caption Competitions and impressive three times each!

Thanks to everyone who joined in the Saturday fun on the site this year – here’s every one of the winners from the past 12 months. Which is your favourite? Despite the lack of engine noise, the predictable racing and complex electronics, the guarantee of a Ferrari victory meant that di Montezemolo was happy to endorse the new series.
@Bpacman Pujolar points out they can’t fit a 1,600W subwoofer and chrome spinners to the STR10.
@Jethro Hamilton: “While you’re at it, could you update my relationship status?”
Michael C Webber: “I think my headphones have developed a fault. I can hear lots of whining…”
@TribalTalker Juan Carlos: “A Red Bull, you say? That’s all well and good, my son, but have you ever shot an elephant?”
@Tom-L “This conversation lasted longer than your tyres do, Paul.”
@jonny705 “Why do we pay for this useless F1 timing app?”
@Scalextric Not everyone was impressed by Sebastian’s straw-art version of Kimi’s line through the Montreal hairpin.
@Neilosjames “Look, Felipe is faster than you…”
@Eggry “I didn’t think GP2 were racing this weekend.”
@guitargraham After losing to Kvyat on multiple occasions Christian Horner threatens to pull out of arm wrestling for good.
@mrboerns ‘Are you sure you want to quit this session? All unsaved progress will be lost.’
@Jonny705 Hey Hulk, how many podiums do you have so far?
Ricardo Aguilar (@drrapg)

91: Will Stevens and Roberto Merhi