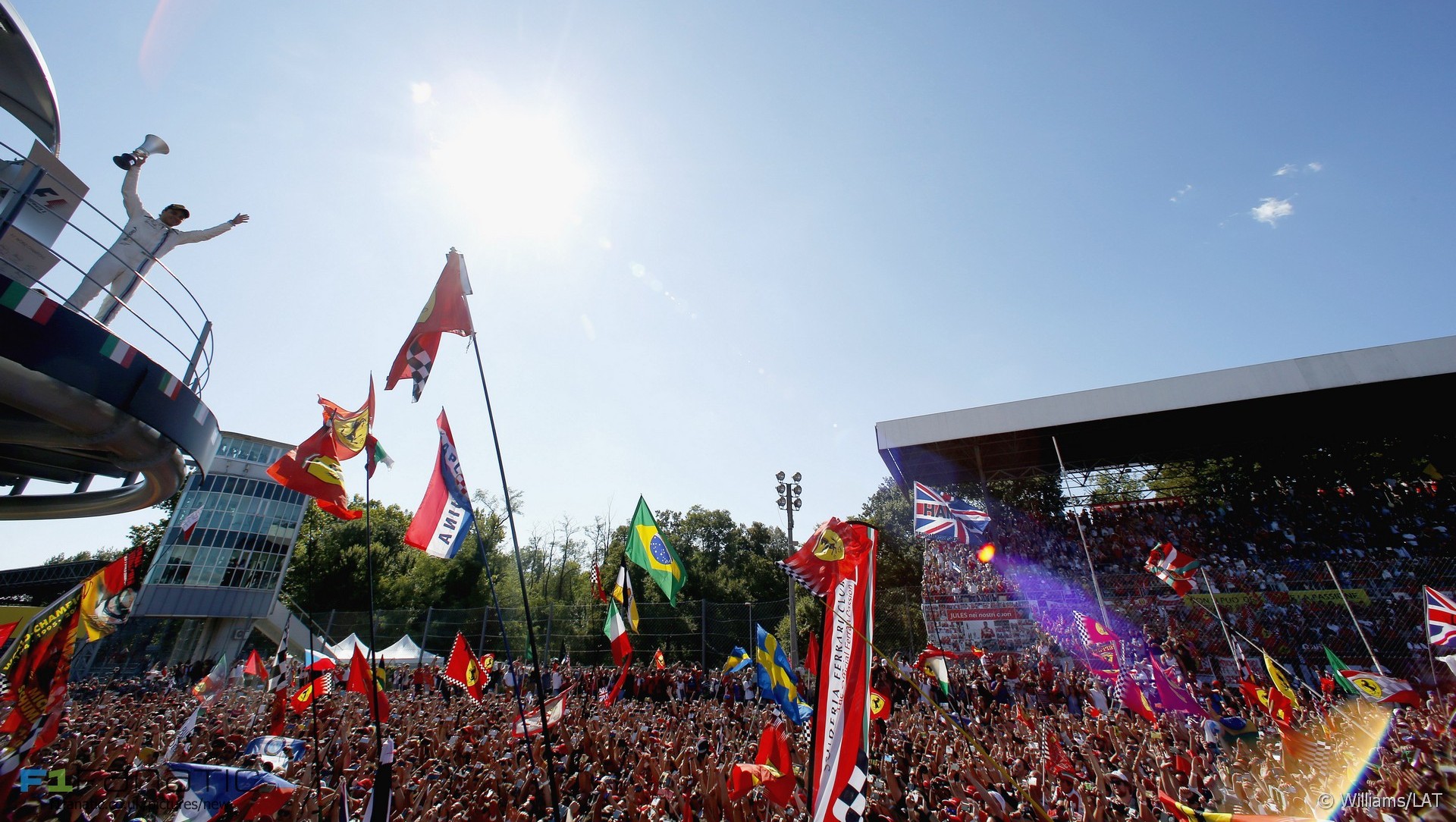 The 2016 Italian Grand Prix is the last of Monza’s current contract with Formula One Management amid doubt over whether they can afford to keep holding the race.

Could the 2016 season really see F1’s last visit to the ‘temple of speed’? It’s one race all grand prix fans should try to see, and Girts Strazds made sure he didn’t miss it last year. Here’s his report from the race.

Even without its nine decades of history and the unique passion of the Ferrari-mad Tifosi, Monza would still feel special. Situated in a huge old park north of Monza, the surrounding roads were buzzing with locals making use of the park: jogging, cycling and dodging this midday heat beneath its vast trees.

I had ordered my Italian Grand Prix tickets six months earlier using the race’s official website. Although it initially told me to expect my electronic tickets in June they did not appear until August, but apart from that the process went smoothly.

While many fans make Milan their base for the race and others holiday in nearby lake Como, I chose to stay in the picturesque Swiss city of Lugano around 80km north of the track. I did not go to Monza on Friday and used that day for a short trip to Ascona, another popular tourist destination at Lake Maggiore. I spent the evenings in Lugano’s old town where there are several nice places to walk around or have a meal.

Staying in Switzerland is probably not something that many Monza visitors consider. However, Swiss border town Chiasso where I left the rental car on Saturday and Sunday is only a 30-minute train ride away from Monza railway station. The only downside is the somewhat higher prices because of the strong Swiss Franc.

Getting to the circuit and back was pleasingly straightforward experience. The trains were not overcrowded and the buses from Monza railway station to the circuit and vice versa went without a break. When a bus was full with spectators, it left the station and the next one immediately arrived. The only time I had to queue was to get on the bus was right after the race on Sunday.

Though I have been to F1 races before, this was my first chance to experience the noise of the starting grid as I had reserved a seat in the Tribuna Centrale. Aside from a lack of fresh air in the grandstands I was satisfied with my choice. The view was great and there were enough toilets as well as many food and merchandise stands at the main straight. A sandwich and a can of beer cost €10.

As with many races in 2015 the action was not the most riveting Monza has ever seen. Even the GP2 support races were short on action – the drivers’ answers at the F1 Village on Saturday was the most entertaining part of their weekend as far as I was concerned.

The F1 race at least delivered a couple of memorable moments. Kimi Raikkonen’s disastrous getaway – from the front row to last in less time than it takes to read this sentence – left me genuinely concerned someone was going to hit him from behind.

Later I saw several passes on the main straight but the DRS made them all rather predictable. Nonetheless the crowd acknowledged the progress of Raikkonen’s Ferrari with applause and cheers. And the noise increased when a smoky Mercedes came to a stop with a few laps to go – though it soon turned out not to be race leader Lewis Hamilton, but team mate Nico Rosberg.

Undoubtedly the highlight of the weekend was the podium ceremony. Mexico may have since upped the stakes in this regard, but Monza’s may still be the ultimate when it comes to fan interaction. Even though my seat was not far away, I still had to run to get anywhere close to the celebration as there were thousands of other fans, who also sprinted to get underneath the podium.

Many fans were already waiting at the security fence many laps before the chequered flag. After some polite pushing and a short dash I got there just in time. Some in the crowd booed Hamilton, which was rather ironic given that new Ferrari hero Sebastian Vettel was treated the same way two years ago. It did little to dampen the atmosphere and it wasn’t just the drivers popping champagne corks – some of the fans brought their own as well and weren’t shy about sharing it!

Monza is much like other historic F1 tracks in that its facilities could be better and visitors would benefit from more off-track entertainment. But its atmosphere adds something unique to the F1 calendar and I can see why so many people care deeply that it should stay.

6 comments on “A unique atmosphere: Going to the Italian Grand Prix at Monza”