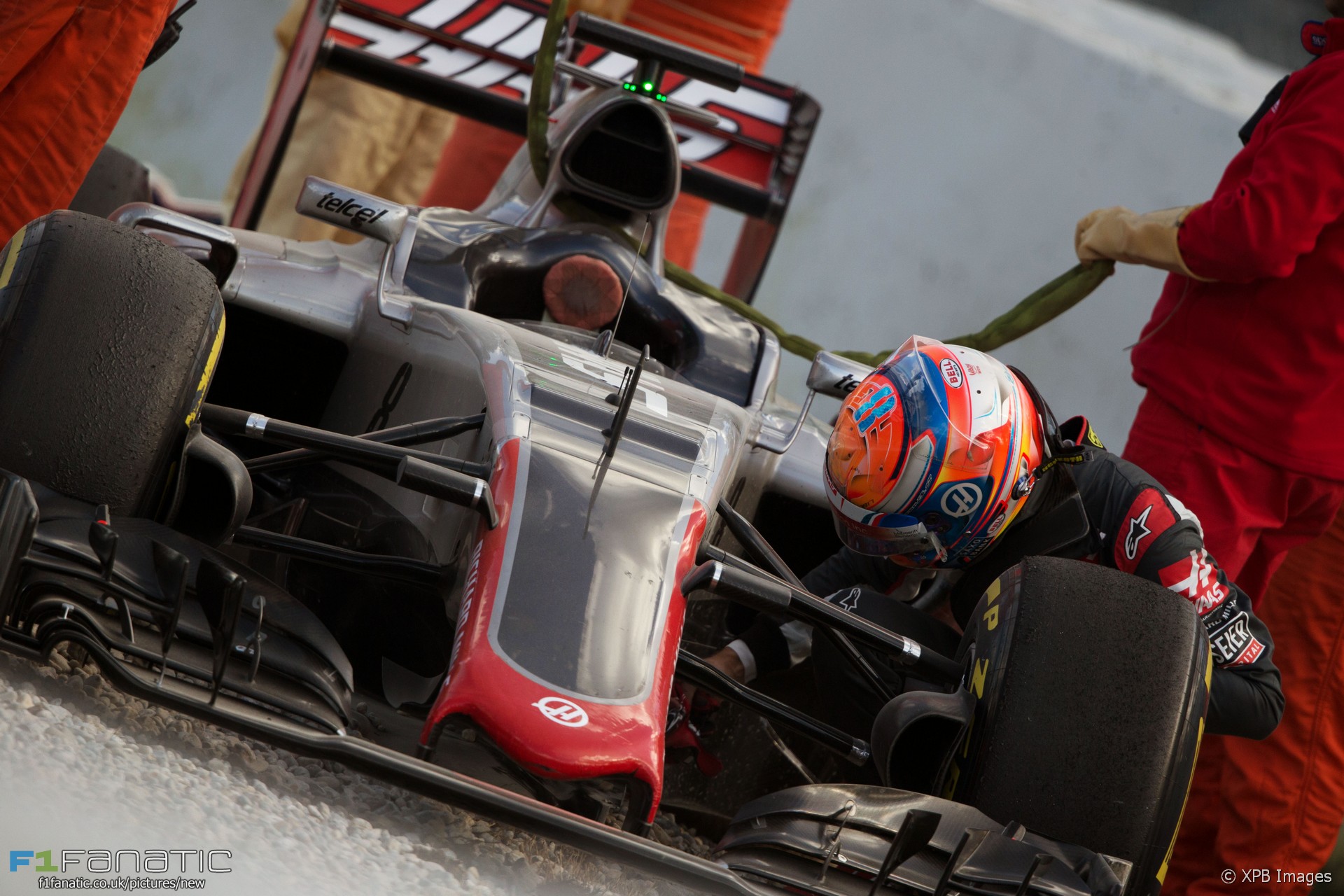 New F1 team Haas endured another disrupted day of testing on Thursday, this time due to problems with their brake-by-wire system.

Although driver Romain Grosjean managed to complete 77 laps he stopped on three separate occasions as the team tried to get on top of their problems with the system.

“It’s been a challenging day,” team principal Guenther Steiner admitted. “However, we managed to get some running in, so that was a positive.” Haas completed just one lap yesterday and 23 on Tuesday due to power unit problems.

“We had some issues with the brake-by-wire system while trying to develop it. We’re still working on it and, therefore, it caused Romain to have a few offs, but this is what testing is about.”

Grosjean said the team’s fortunes had taken a downward turn following a promising first week with the VF-16. “Not an easy day, not an easy week for us so far,” he said.

“The first week of testing went very well. The second has been a bit tricky. We’ve had some challenges with the brake-by-wire system on the car, which has made things a bit complicated.”

Ahead of the final day of testing tomorrow Grosjean said he believes the team “know where to look to get the car back to where it should be” and expects them to have a more productive day.