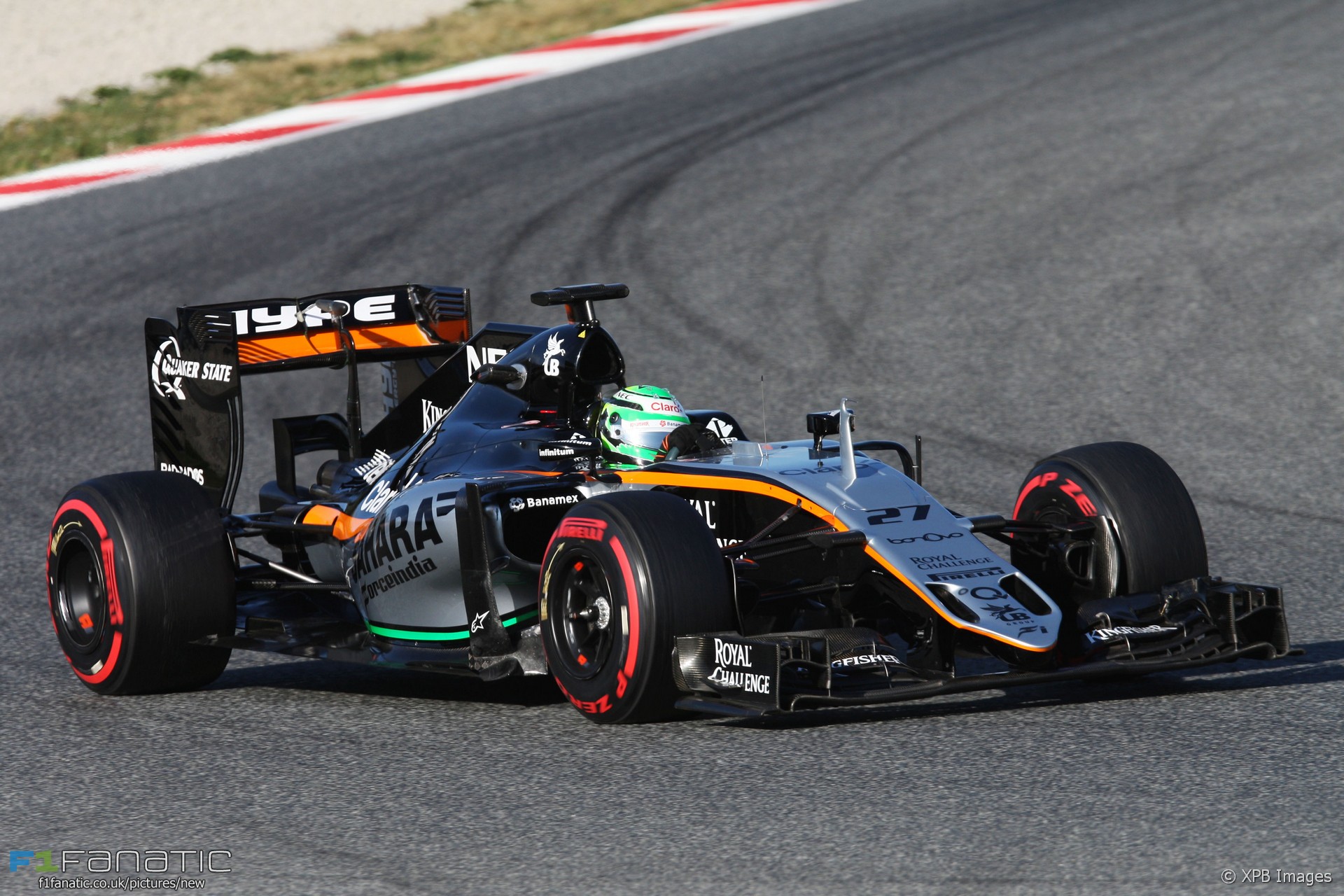 Despite operating with less resources than their richer rivals, Force India climbed to a best-yet fifth in the constructors’ championship last year.

The ‘B-spec’ VJM08 was one of the most-improved cars of the season, so it was little surprise to see the team’s new VJM09 strongly resembles its predecessor. But an evolutionary approach could still see Force India begin the season on a par with the likes of Red Bull and Williams for big points in 2016.

When the current set of regulations were introduced in 2014 there was an emphasis on providing the driver with as much information as possible to get the most out of the hybrid system on board. LCD screens were evident on virtually every car on the grid, providing data of the deployment of the ERS plus a better reading of lap times and other information regarding the car. With teams facing greater restrictions on what information they can communicate to their drivers over the radios, supplying that information via the screens has become more important.

Force India dabbled with their own version of a screen throughout 2015 but now they have committed to it. The screen adds a little weight to the wheel and it is rumoured that some drivers don’t like the extra inertia that adds. This is important because the steering wheel is a critical part of the car for driver feedback which engineers needs to develop and tune the car.

It seems the team have found a way of saving weight elsewhere and designed the wheel with the weight pinpointed towards its centre as much as possible. It appears to be made from a combination of a 3D-printed material and carbon fibre, rather than just different lay-ups of the charcoal-coloured material.

The front end of the car carries over all the unique features of the B-spec VJM08 car although with two days left of testing still to run the front wing could well be revised ahead of Melbourne.

Force India’s approach to the nose regulations remains unique – no one has copied their ‘nostril’ design, despite the team’s successful end to 2015. From a legal perspective it baffled the paddock – punching two holes in the nose was surely a no-no as this would break the single cross-section rule. However further inspection revealed that the angle at which the nostrils have been made into the crash structure meant that by taking a slice off the nose at any point it still conformed to the regulations.

There are a couple of advantages about this design over the other solutions. Although complex, it is cheaper to produce than a shorter nose with a thumb-tip extension as the longer layout is easier to pass crash testing due to the larger crumple zone. Secondly, the nostrils allow air to pass through to the underside of the car at a desired area, substantially higher than with the shorter noses.

Like a few of the other lower budget teams there is little to discuss around the camera pods on the nose however expect these to change either before Melbourne or during the early stages of the year as Force India begins to understand fully how the car’s front aero is working.

The S-duct from last year has again been installed on the new car, although the in-nose design is fast becoming outdated as teams such as Mercedes now route the duct’s plumbing through the chassis. The vanity panel over the chassis suggests the team is preparing to introduce a new design – but this may not be seen until mid-season.

There are a few detail changes to the main bodywork of the VJM09 over its predecessor but this is hardly surprising given that the team are still building around the B-spec concept. Their profile remains sleek but not overly aggressive – the clean lines will help make the car more slippery in a straight line to bolster top speed.

The inlet apertures are slightly narrower and more squared off around the shoulder of the sidepod than previously, with a small blister formed to clear the side impact protection structure.

Similarly for the roll hoop region, virtually all of the 2015 characteristics have been carried over. The heavily shrink-wrapped engine cover is the car’s most distinctive feature and highlights just how tidily the Mercedes power unit has been packaged underneath the skin.

Again not many major alterations have been made towards the rear of the car – the floor and diffuser are the same as what was introduced in Singapore and the rear brake ducts have also been replicated.

The rear wing and endplates feature a couple of minor tweaks, notably the re-profiling of the main plane’s leading edge. Rather than forming a small lip at its centre, its profile is now uniform across the entire length. Toro Rosso have also moved on from this design, too.

Above the central exhaust outlet (with the wastegate pipes either side and tucked in just below) is a revised monkey seat winglet. The three element design now sits closer to the exhaust than before, drawing the plume up to the underside of the rear wing to encourage airflow to remain attached. Inducing this up-wash effect improves the stability of the rear aerodynamics, providing the driver with confidence in any type of corner.

The rear suspension is also due to be revised before Melbourne and could make its debut for the final two days of testing this week.