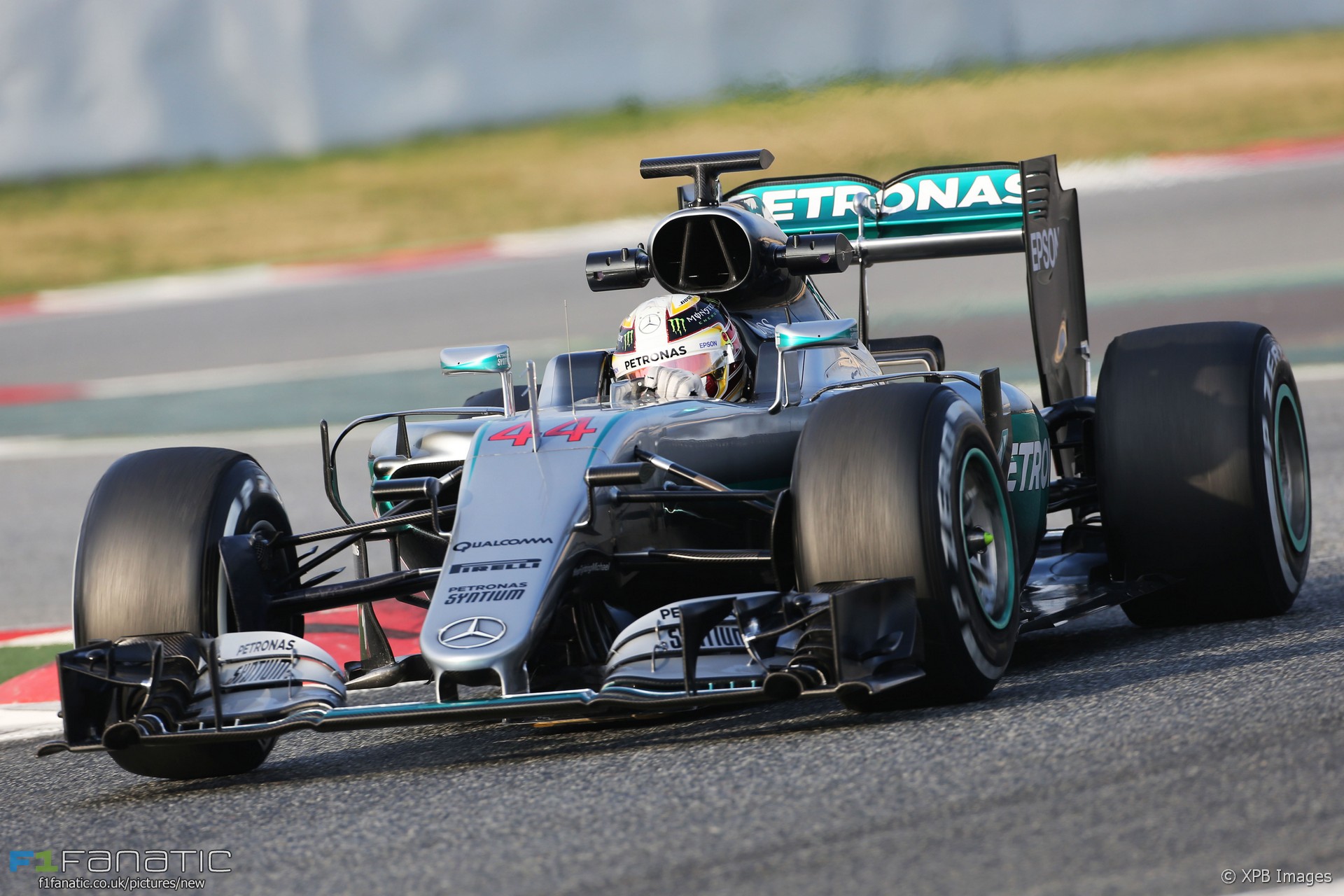 Lewis Hamilton doubts F1’s rules changes for the new season will have much effect on the championship.

Speaking at a Mercedes press conference Hamilton dismissed suggestions that the revamped qualifying rules and revised tyre regulations would shake up the competition.

“I don’t know what the implications are of the new rules changes,” he said, “but the engineers don’t think it’s going to work, and I trust the engineers.”

“So we shall see after race one.”

A late change in the qualifying system was written into the regulations last week which will see drivers being eliminated every 90 seconds. In another change, each driver has been allowed to choose their tyre allocation for each race.

However team mate Nico Rosberg was more positive about the latest changes to the sporting regulations.

“I think the tyres might have a bigger impact than we now predict because there’s three tyres for example now in Melbourne that we can use and people can gamble a little bit more,” he said.

“I am a big fan of the sport, I think the sport is awesome. I don’t disagree that there’s some things that could be done better, of course. We need to keep questioning it and keep pushing forward and keep looking at making the sport even more fun for everybody at home who’s watching us, for all of you, and even for us.”

“But also this year Ferrari is very close so for sure that’s going to make it even more exciting.”

27 comments on “Hamilton unconvinced by new tyre and qualifying rules”