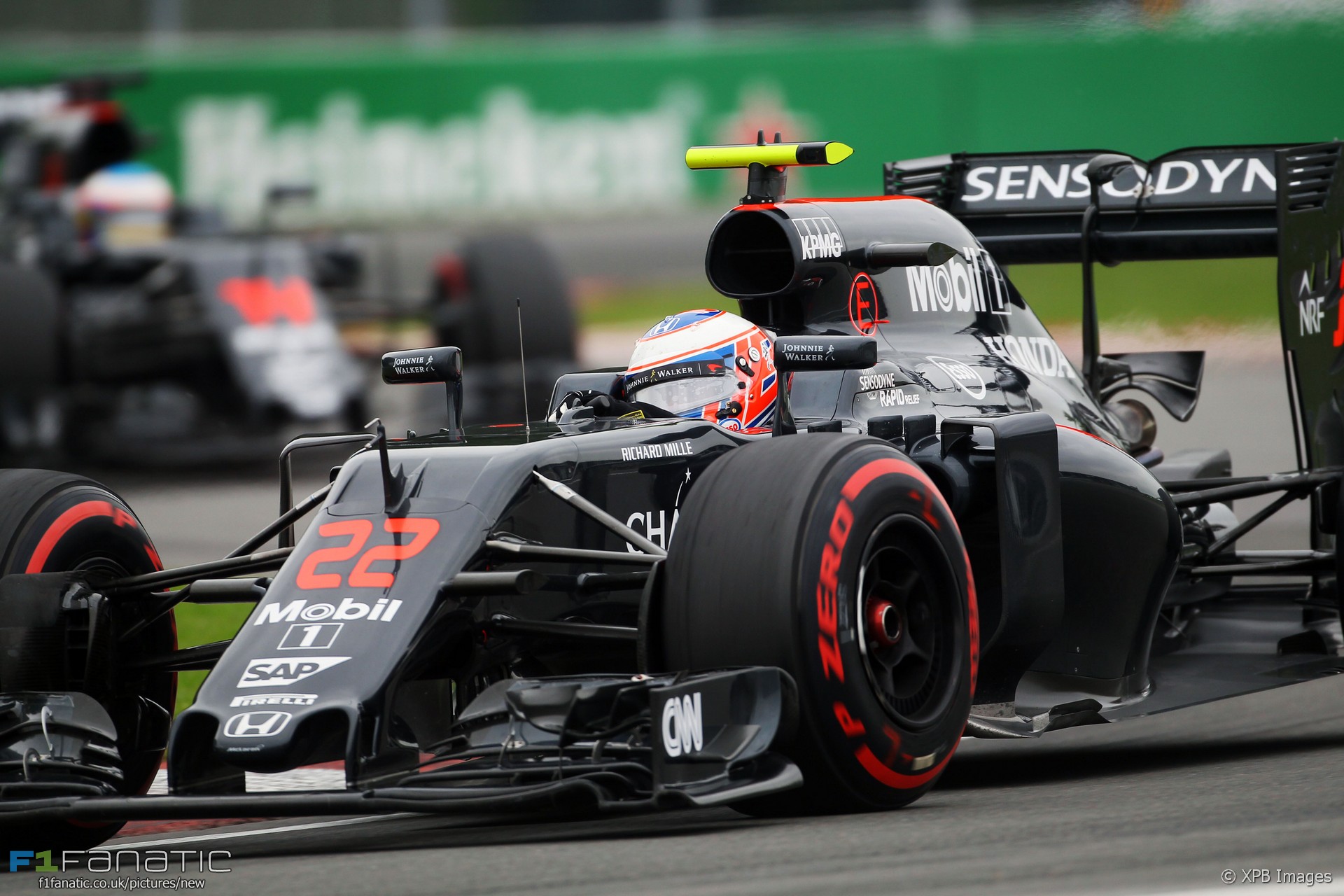 McLaren are ruing a difficult race in Canada after failing to get either of their cars in the points for the first time since the Chinese Grand Prix.

Jenson Button retired early from the race with an apparent engine failure, while a frustrated Fernando Alonso fought hard but could only manage 11th place at the finish.

“A tough race – we didn’t have the pace to be competitive today,” admits Alonso.

“I enquired about the possibility of fitting fresh tyres for the last few laps, but I guess it was a little too much of a risk: at that point we were 11th and stood to score a point or two at the end if something were to have happened ahead of us.”

Button suffered his second mechanical-related retirement of the season in Montreal and believes he was in a good position before his engine woes.

“I radioed in to say I had a terminal problem, and I looked in my rear-view mirror and saw a lot of smoke and sparks,” explains Button.

“I had no warning – the car just failed as I came out of the hairpin. The engine was still running, but I turned it off anyway. It’s a shame, since I was saving a lot of fuel at the time, and I had DRS on every lap too, so I could save even more fuel. That could have made a massive difference later in the race.”

“We’ve turned our attention to the challenge of a brand-new circuit, in Baku, where we hope to put up a better show than we did here in Montreal today.”