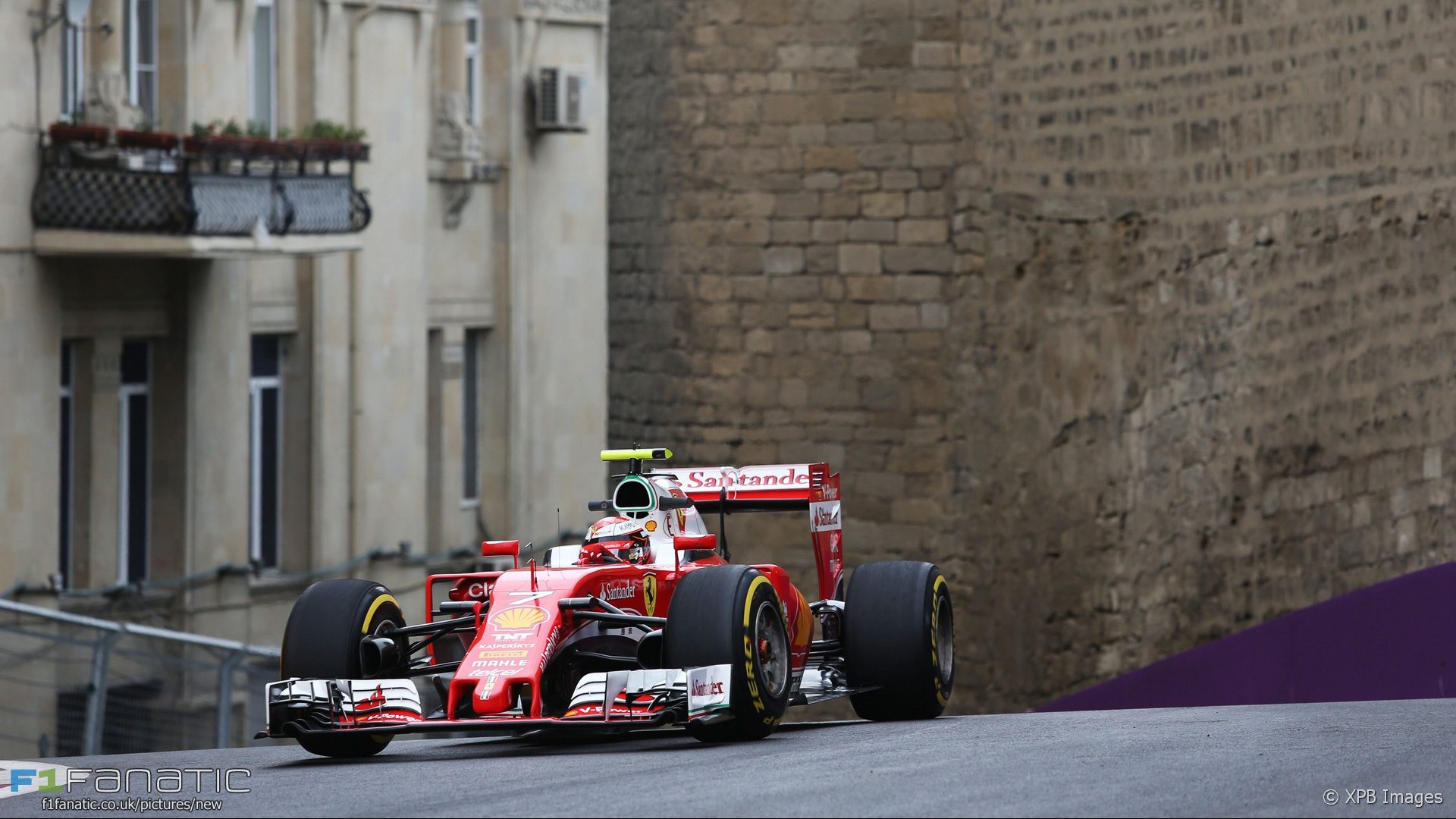 Kimi Raikkonen says Ferrari are having difficulty getting their tyres into the correct temperature window for a single flying lap at the Baku City Circuit.

He ended the first day of practice 2.4 seconds slower than pace-setter Lewis Hamilton while team mate Sebastian Vettel only just managed to lap within two seconds of the fastest Mercedes.

“The balance of the car was not too bad but the main issue today was to make the tyres work,” Raikkonen explained. “The challenge was to switch them on for one lap.”

“With more laps it seems to get better and better, but to make a lap time was not easy.”

The team also suffered a reliability setback at the end of the second session. Raikkonen’s car came to a stop at turn four and shortly afterwards Vettel was instructed to return to the pits because he had the same problem with the car’s MGU-K.

However Raikkonen gave a thumbs-up to Azerbaijan’s grand prix track. “The circuit layout is pretty OK,” he said, “it’s different and fun to drive.”

“Being a new track it was quite slippery to start with, but this is normal.”