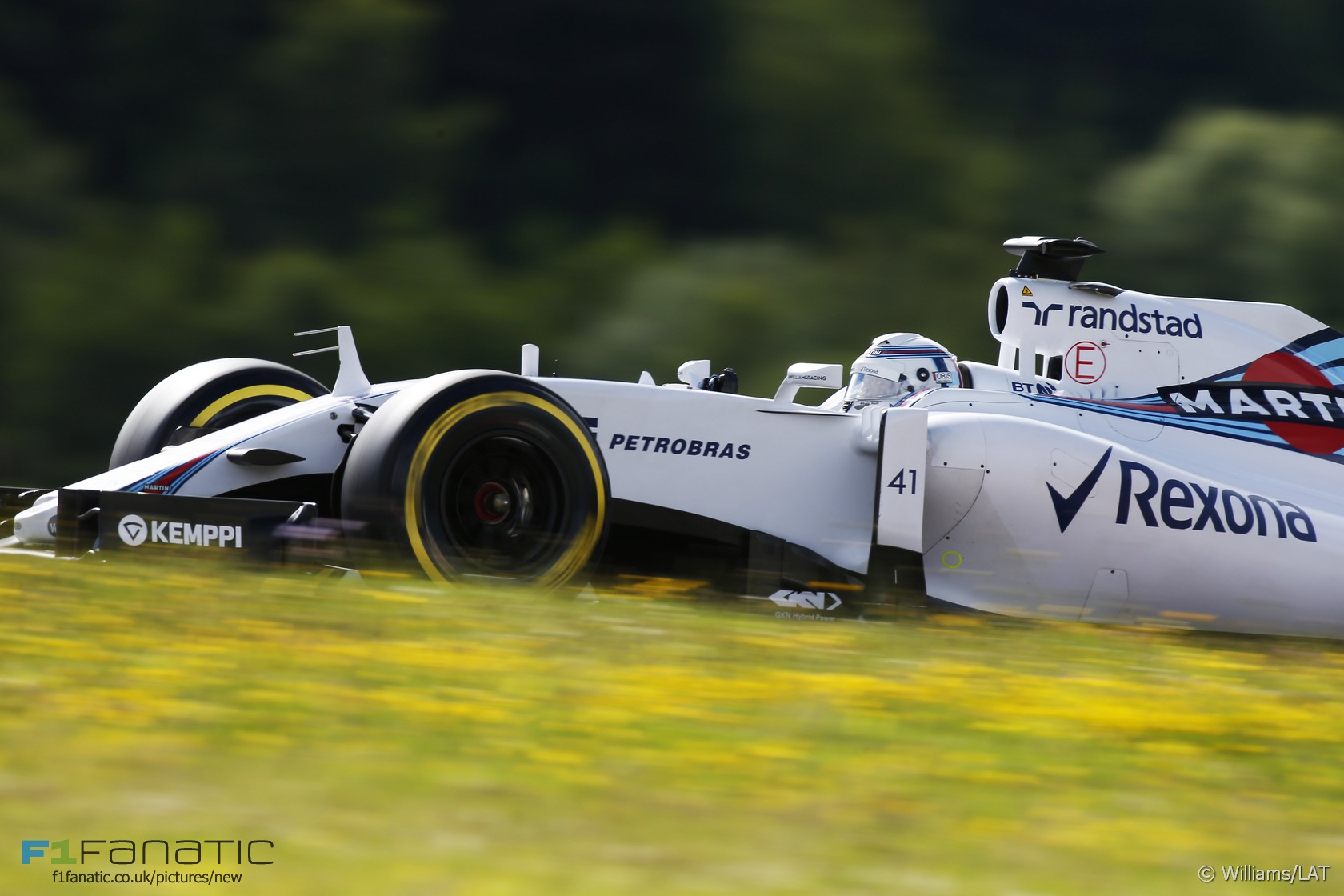 Williams expects the resurfaced Red Bull Ring will make it much harder to manage tyre use during Sunday’s Austrian Grand Prix.

The circuit has been extensively resurfaced ahead of the upcoming race. Williams chief technical officer Pat Symonds says this plus an uncertain weather forecast could make for a challenging weekend.

“We will see a couple of significant differences,” said Symonds. “The first is the weather, which is predicted to be unsettled throughout Friday and Saturday, with current forecasts showing Sunday as the only potentially dry day.”

“Perhaps more significantly is the fact that the circuit has been completely resurfaced. In the recent European F3 race, teams reported that it was more severe on tyres, which makes the prospect of a dry race following damp practice sessions even more challenging.”

“That being said, we would expect to see a two-stop race in Austria and the selected tyre choices seem to reflect that. Whatever conditions are thrown at us I have every confidence that the team will come through to gather a strong haul of points.”

The last three rounds of the championship have all been won using single-stop tyre strategies, despite a rules change over the winter which was targeted at increasing the number of pit stops.