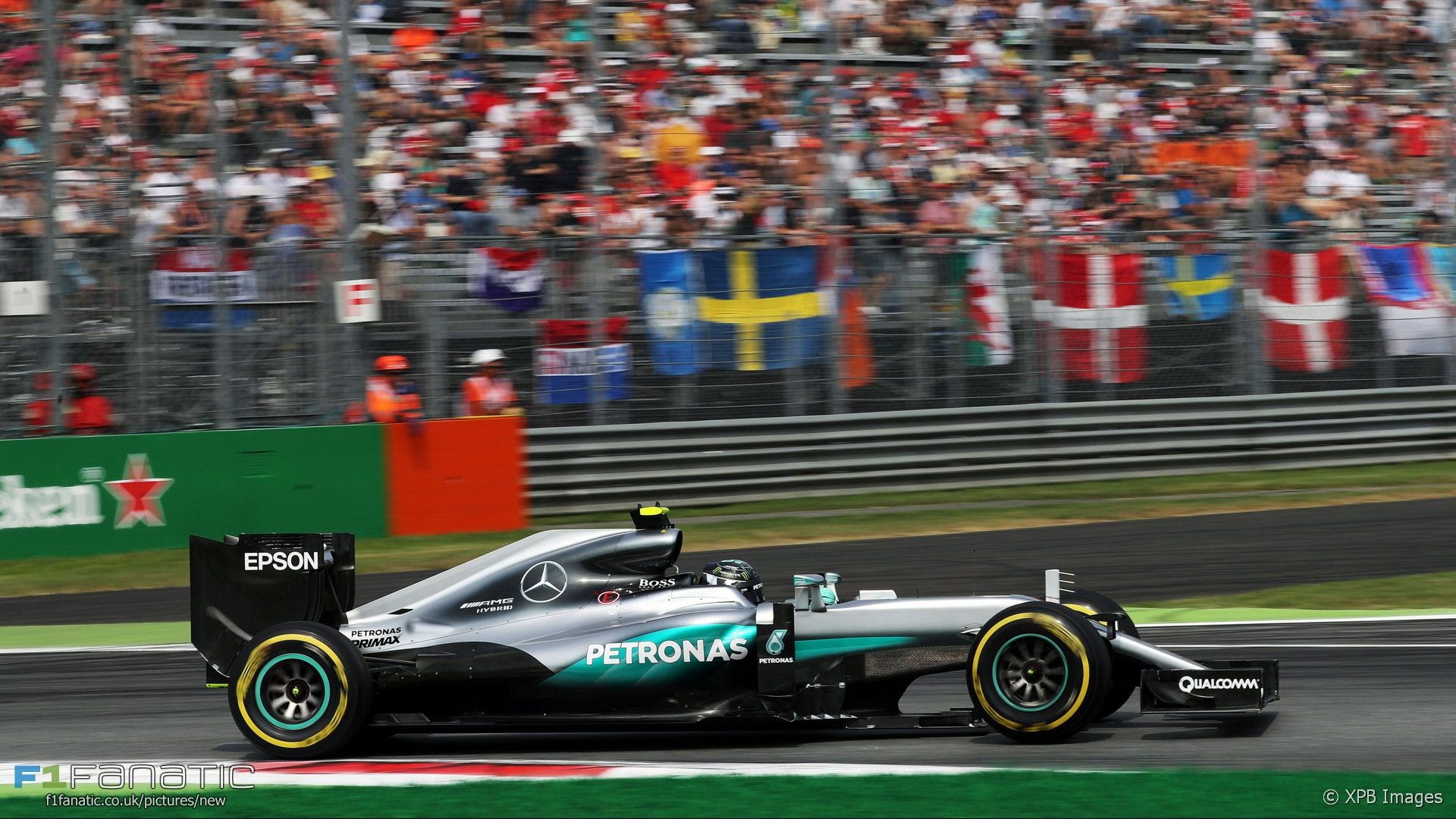 Mercedes enjoyed one of their most straightforward victories of the season so far thanks to the strategic advantage afforded to them by the rules.

As the only team which were quick enuogh on the harder soft tyre to be able to use it to get into Q3, Mercedes were the only points-scoring team who could complete the race distance with a single pit stop.

That also helped Lewis Hamilton recover second place after slipping to sixth following a poor start as he was spared from having to overtake the two Ferraris on the track.

Hamilton’s single pit stop was the fastest of the race in terms of the complete time from pit entry to pit exit. However Daniel Ricciardo enjoyed an equally quick pit stop when the Red Bull driver came in for his second visit.