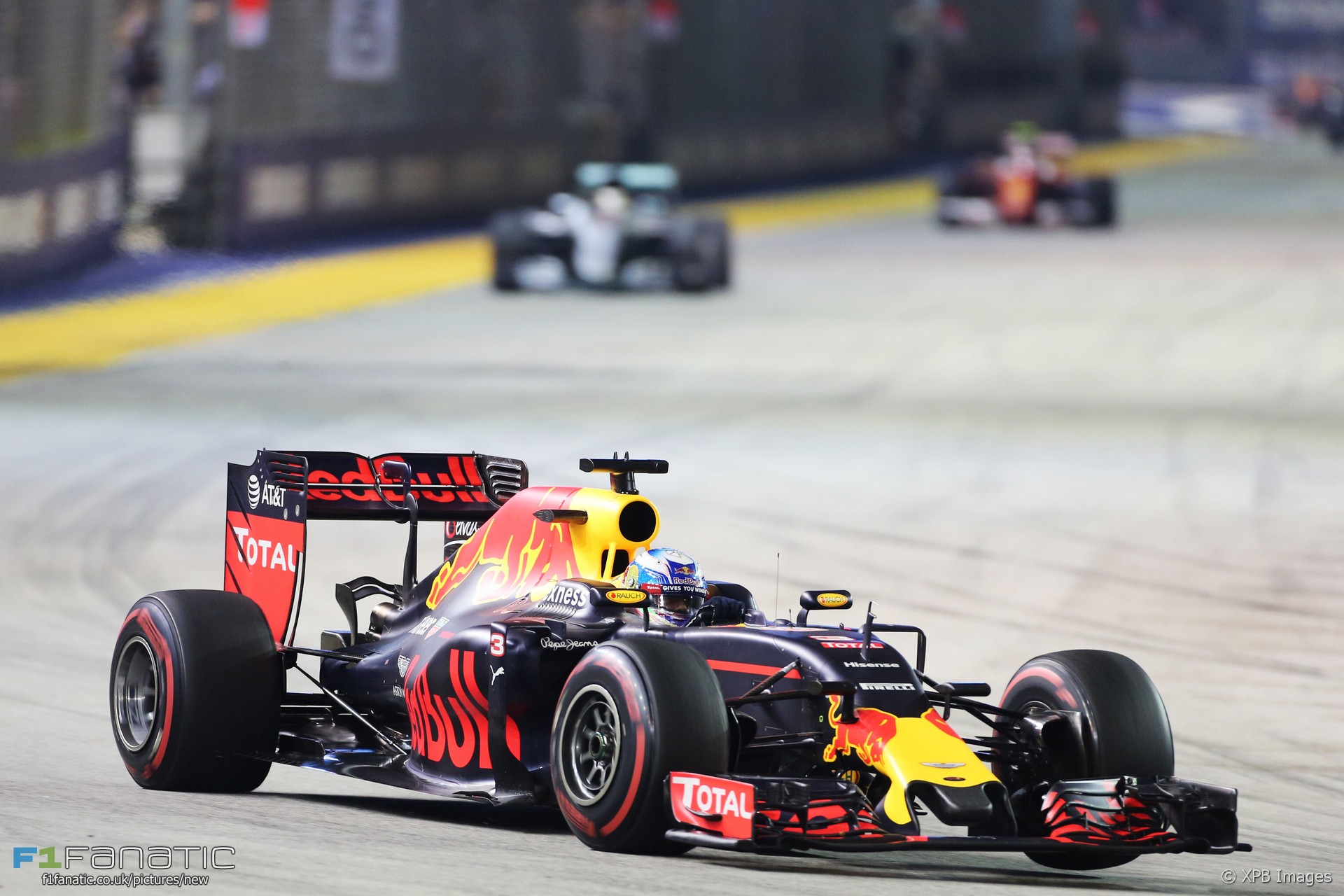 Daniel Ricciardo admitted he was sceptical at first about Red Bull’s decision to make an extra pit stop at the end of the Singapore Grand Prix.

The Red Bull driver went on a charge after his extra stop, taking 25 seconds out of Nico Rosberg’s lead as he tried to catch and pass the Mercedes.

“At the time our pace on the soft for that last stint was quite good,” he said after the race. “I was catching Rosberg slowly.”

“At first I was a bit hesitant when they said we were going to do a three stop, but obviously now I see it. It was good to put a bit of pressure on them.”

Ricciardo’s engineer told him at one point he was on course to catch the race leader but said “I knew at the time he meant ‘at that current pace'”.”

Ricciardo said he was aware it would have been difficult to pass Rosberg even if he had caught the Mercedes in time. “I knew my pace would drop off a bit because I was getting into the tyres pretty aggressively.”

“But I knew it was going to be close. I wasn’t really thinking about what happens when I catch him, I was just just focusing on trying to catch him and put some pressure on him because I knew his engineer would be on the radio saying ‘Ricciardo’s catching you, two seconds a lap’. It’s not a nice feeling when you hear that.”

“I was just trying to keep pushing, force him into a bit of an error or something. But I knew once I caught him it was going to be tricky to overtake.”

4 comments on “Ricciardo had doubts over extra pit stop”