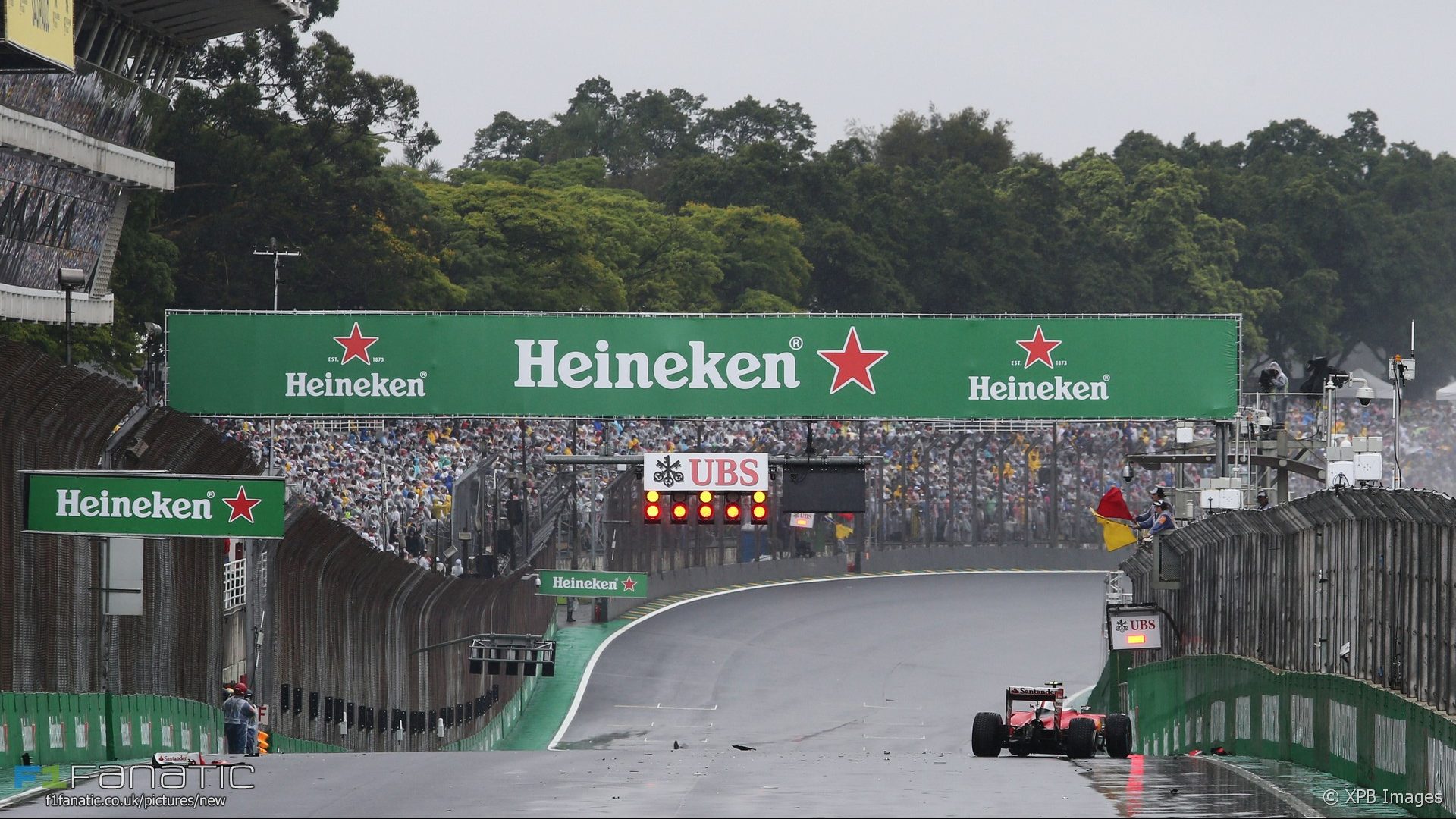 Kimi Raikkonen says the aquaplaning which caused his crash in the Brazilian Grand Prix would not have happened on previous examples of wet weather tyres.

The Ferrari driver’s race ended after a restart on lap 19 when his car snapped out of control on the straight, sending him into the barriers. Raikkonen said the conditions were “very tricky”.

“When you do many laps behind the Safety Car it gets even more difficult,” he explained. “It was not raining heavily, but there was a lot of standing water.”

“The biggest problem was the aquaplaning and I got it in a place where I was not expecting it: I spun off on the straight. I almost got the car back, but then I went off in a pretty bad place.”

“The wet tyres are very vulnerable, easy to aquaplaning,” he said. “It obviously depends on the circuit and on many other things, but comparing to some years ago, those tyres could handle this kind of water with no issues of aquaplaning.”

This isn’t the first time this year a Ferrari driver has criticised Pirelli’s product. Sebastian Vettel suffered a tyre blow-out during the Austrian Grand Prix.