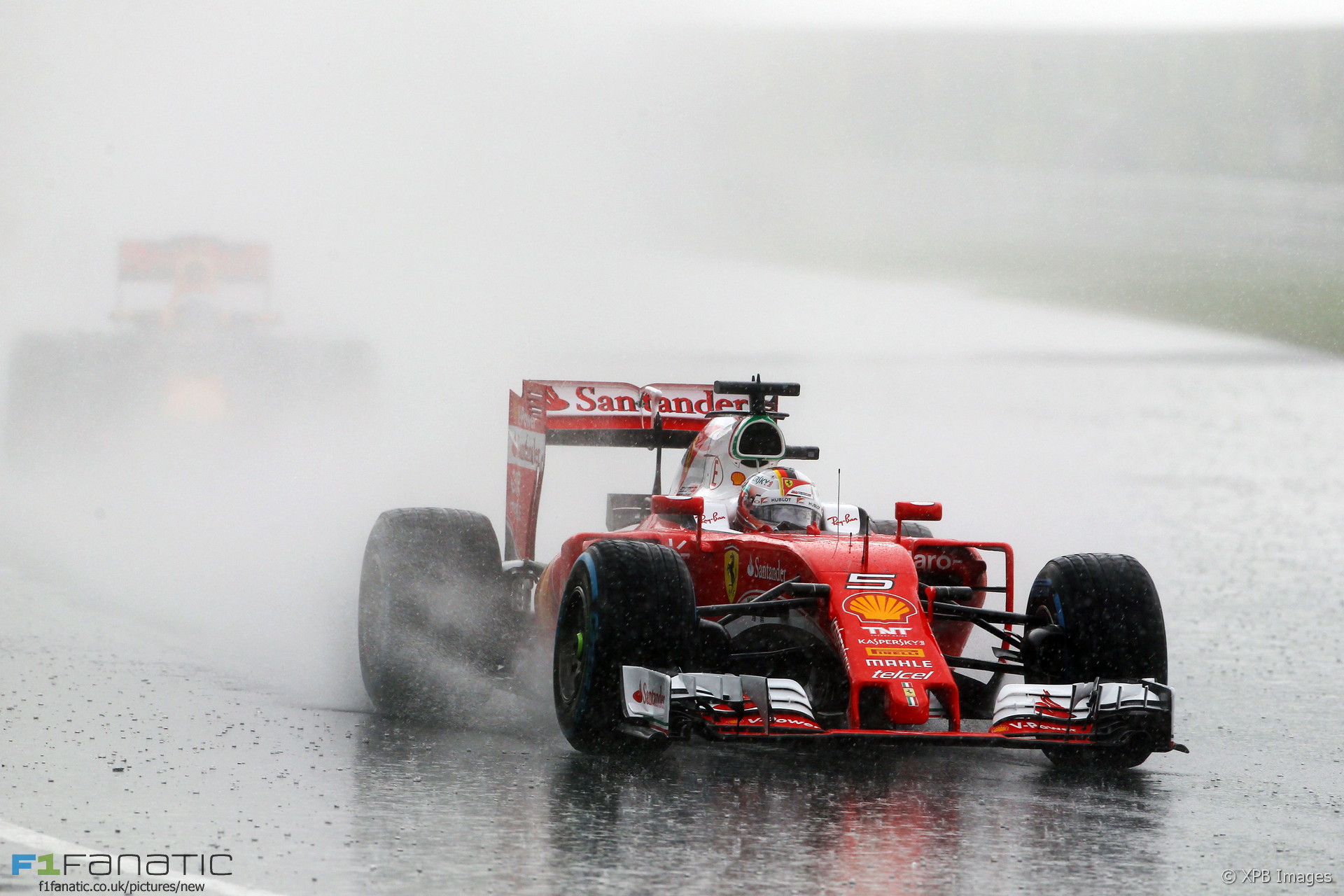 In the round-up: Sebastian Vettel says that prior criticisms of the performance of Pirelli’s full-wet tyre will likely remain after yesterday’s wet qualifying sessions.

"I think it's fair to say that the extreme wet that we currently have is not good and has been criticised in the past. To be fair it hasn't changed so I think the criticism also doesn't change."

"Us drivers need to understand the yellow flag situation, because obviously in the way that it's written is potentially not the way it's interpreted, either by the stewards or the drivers."

"It really was a shame where we’ve ended up, because the car felt pretty good. But I think others were caught as well, so all will depend on what you do in the first three corners tomorrow."

"I just touched the line and then I lost the rear. I was not pushing, I was going on the out-lap. Stopping so early in qualifying is really a shame and I'm very sorry for what happened."

Steiner: Haas being 11th ‘starting to get old’ (NBC)

"We ended up 11th and 15th. Being 11th is starting to get old, but at least by being there Romain can start on new tires, so that will be an advantage."

"It’s nicknamed the Finnish Grand Prix because there can be tens of thousands of Finns at the race. I always really appreciate seeing the Finnish flag and feeling that support."

Now look! We only wanted the heat to break a little bit. It was not code for "Bring out the Ex Wets" ☔️☔️☔️ pic.twitter.com/WOS6AizPxx

After all that nothing has changed on the grid. At all. But we're surrounded by decisions on paper #F1 #HungarianGP pic.twitter.com/MHGpkpIfr2

107% performance rule is to stop very uncompetitive cars/teams in F1, not penalise drivers on drying track. So grid rightly stays the same.

The decision of the stewards to take no action against Nico Rosberg for setting his pole time despite doing so under double waved yellows has proven unpopular with a considerable proportion of F1 fans. But @f1alex offers this view on the matter.

To be fair to Rosberg:

1. He did slow more than usual in the turn where the yellows were shown. Yes he went purple, but all the stewards really are worried about is the short “marshalling sector” – which he did lift off through – not the entirety of sector 2.

2. The incident zone was completely clear as he passed through it, in fact Rosberg only caught up to Alonso two corners later. It was very marginal but Rosberg didn’t do anything wrong. He lifted when he saw the yellows, despite the track being already cleared.

It’s not like he flew through that section of track with Alonso’s stationary car still there. The incident had been cleared, and he did lift for the yellows (as seen by his speed being lower through T8), so I don’t see how he did anything wrong. Of course it’s always pretty iffy when someone sets a purple under yellows, but the danger had already been cleared, and there was still a lift (albeit small) to acknowledge the yellows. I know it’s fun to paint Rosberg as the villain and stuff, but in this situation he played it right. He covered himself through the yellow flag and still put in a stellar lap to get pole.

If anything, all this does is set us up for an even more exciting battle tomorrow, which – as a neutral fan – I am extremely looking forward to.
@f1alex

Jack Brabham made it three wins in a row as he won the Dutch Grand Prix at Zandvoort 50 years ago today, though only after a fault delayed Jim Clark’s Lotus.