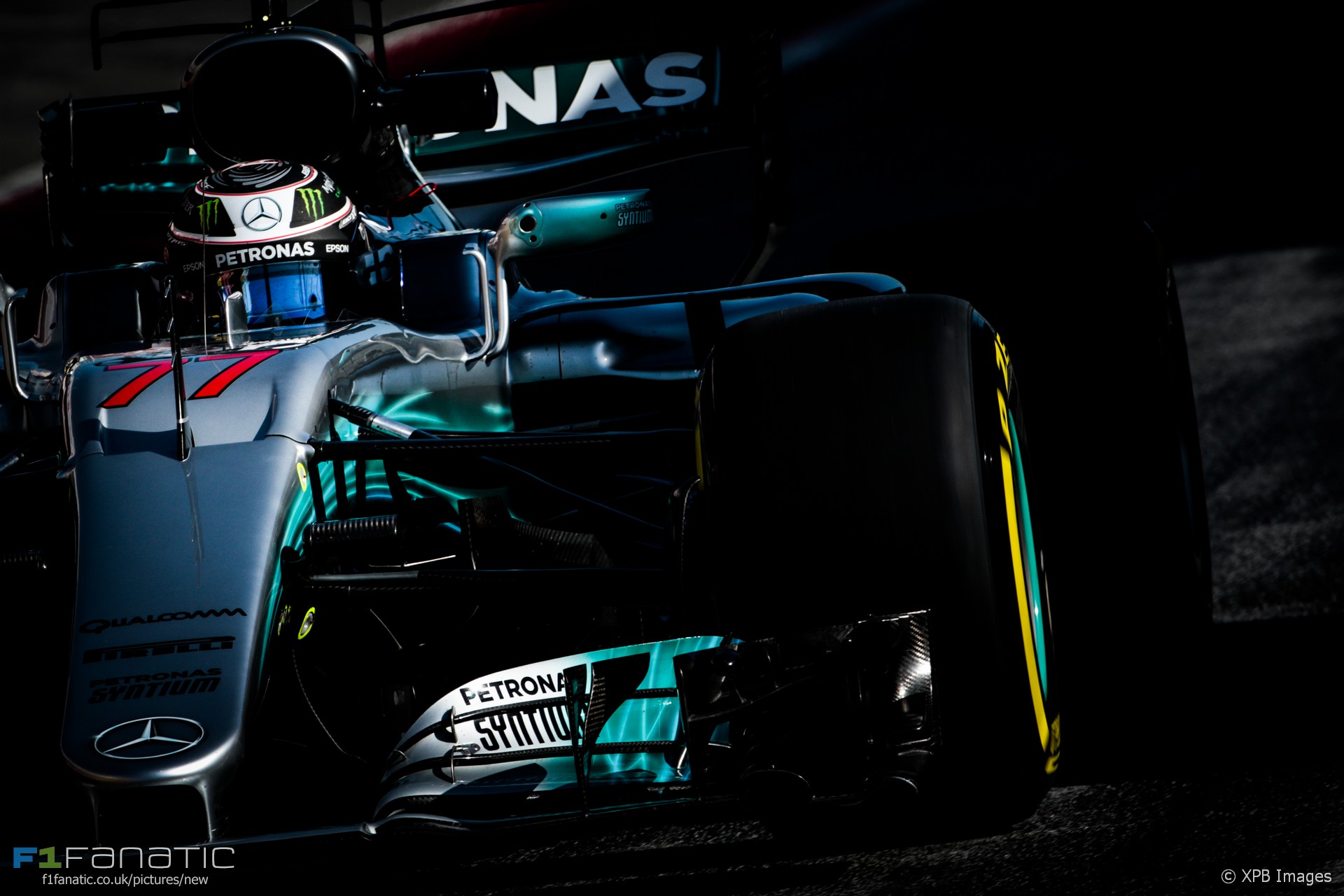 The first race of 2017 is almost upon us. Here are the top five talking points ahead of the Australian Grand Prix.

Have Mercedes finally been caught?

At the track on Thursday Lewis Hamilton was eager to play up Ferrari’s testing pace as evidence that the red team are Formula One’s new pace-setters.

Meanwhile Sebastian Vettel was doing the exact opposite for Ferrari. Meanwhile everyone is waiting to discover whether Red Bull has some dramatic new upgrade ready to propel its car to the front of the park.

There has only been eight non-Mercedes race wins over the past three seasons and most of those occured on days when the silver cars hit reliability trouble (or each other). If the season begins with an SF70H or RB13 at the top of the times sheets, we can be optimistic the rest of the year won’t be quite so one-sided.

How quick will the new cars be?

This is going to be a talking point at every track this year. However as the front-running teams are widely believed to have concealed their pace during testing, this weekend will give the best indication yet just how much quicker the new cars are.

The rapid turns five, eleven and twelve should be especially spectacular. Drivers were backing off the throttle at these high-speed corners twelve months ago but may be able to tackle them without lifting this year.

One-lap performance is one thing, but when it comes to the race we should also see drivers being able to push their cars to the limit for longer. Pirelli’s wider tyres have been designed to degrade more slowly, so we can also expect fewer pit stops, even with the ultra-soft compound being part of the allocation.

Will overtaking be possible?

Many drivers have expressed concerns over what new regulations will mean for the quality of racing in general and overtaking in particular. They have reported the cars are now more sensitive to running close behind another which, combined with shorter braking zones, sounds like a recipe for processions.

DRS is also expected to be less powerful and the mechanics of it could be changed for future races.

However the stronger tyres may help drivers run together more closely than they could last year. Higher cornering speeds could also make mistakes more punishing if drivers run wide or miss a braking point. And the cars are much more physically demanding, so fatigue could become a factor.

Can McLaren go the distance?

Having failed to do more than a dozen consecutive laps during testing, how much of the 58-lap race distance will the McLaren-Hondas complete on Sunday? And how much will they have to turn their engines down to achieve any kind of reasonable running?

Barring a miracle the team looks set for a very difficult start to the season. Fernando Alonso and Stoffel Vandoorne may well have exhausted every platitude in the PR handbook by the time they head for the airport.

Will Melbourne produce one of ‘those’ season-openers?

From time to time Melbourne serves up one of those season openers which is completely unpredictable. Think of the huge first-lap crash in 2002, Jacques Villeneuve being bundled off at the first corner in 1997 or Sebastian Vettel, Robert Kubica and Lewis Hamilton hitting trouble in the closing laps of 2009.

In three days’ time we could be talking about what the first race of the year revealed about the season ahead. But we might just as easily be remarking on a completely bonkers race which told us absolutely nothing.

If you’re heading to Australia for this weekend’s race, we want to hear from you.