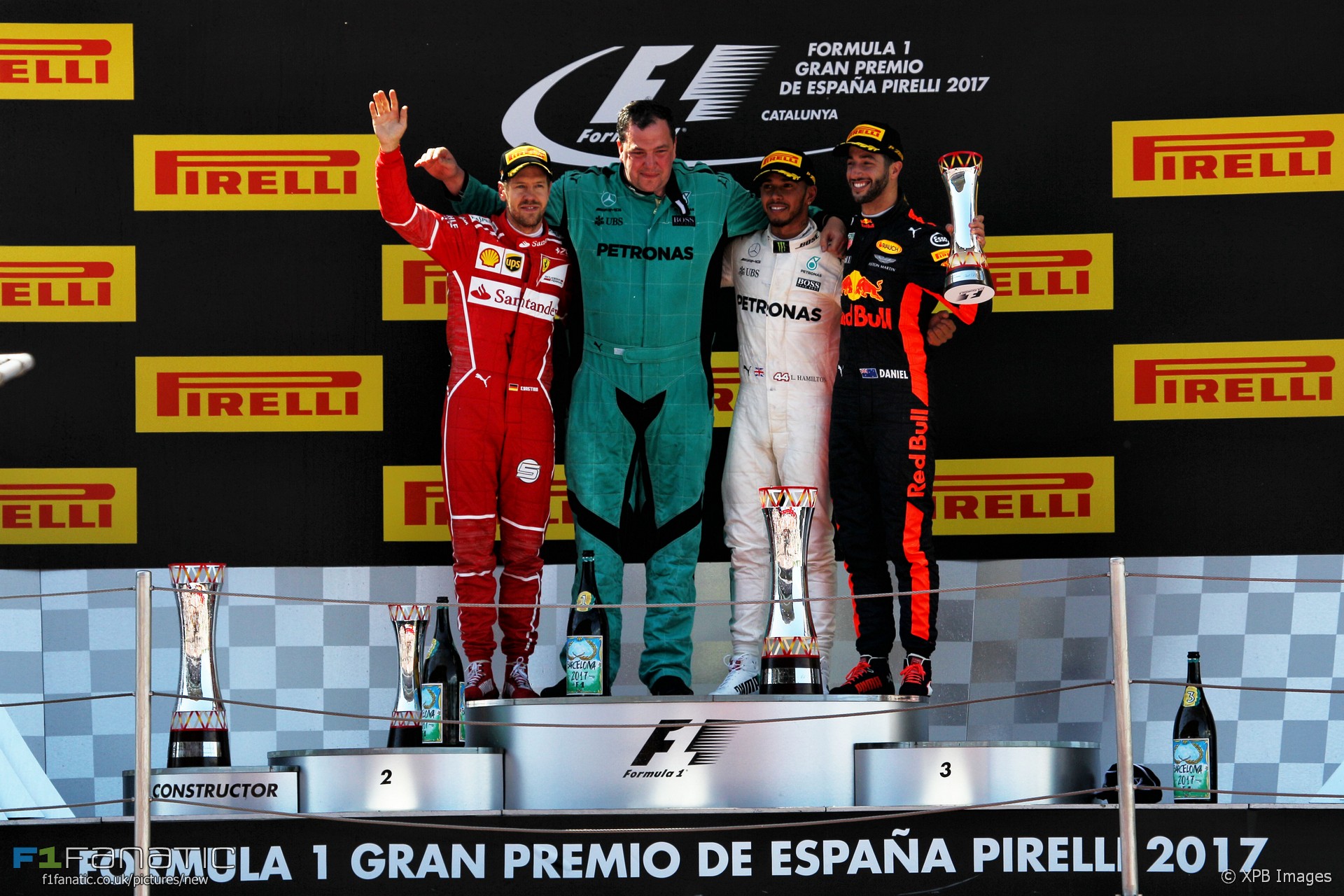 With two big names colliding at turn one and two Force Indias appearing in the top five, the Spanish Grand Prix produced a low-scoring round of the Predictions Championship.

The top prize was scooped by @Bobwhosaysni, the only player to score more than 11 points last weekend. With dozens of players tied for the runner-up spot the pole position time tie-breaker was used to decide the other prizes, which went to @veldaarF1 in second place and @Eanton32 in third.

@Racerdude7730 holds a slightly increased lead at the top of the overall standings as we pass the one-quarter mark in this year’s championship.