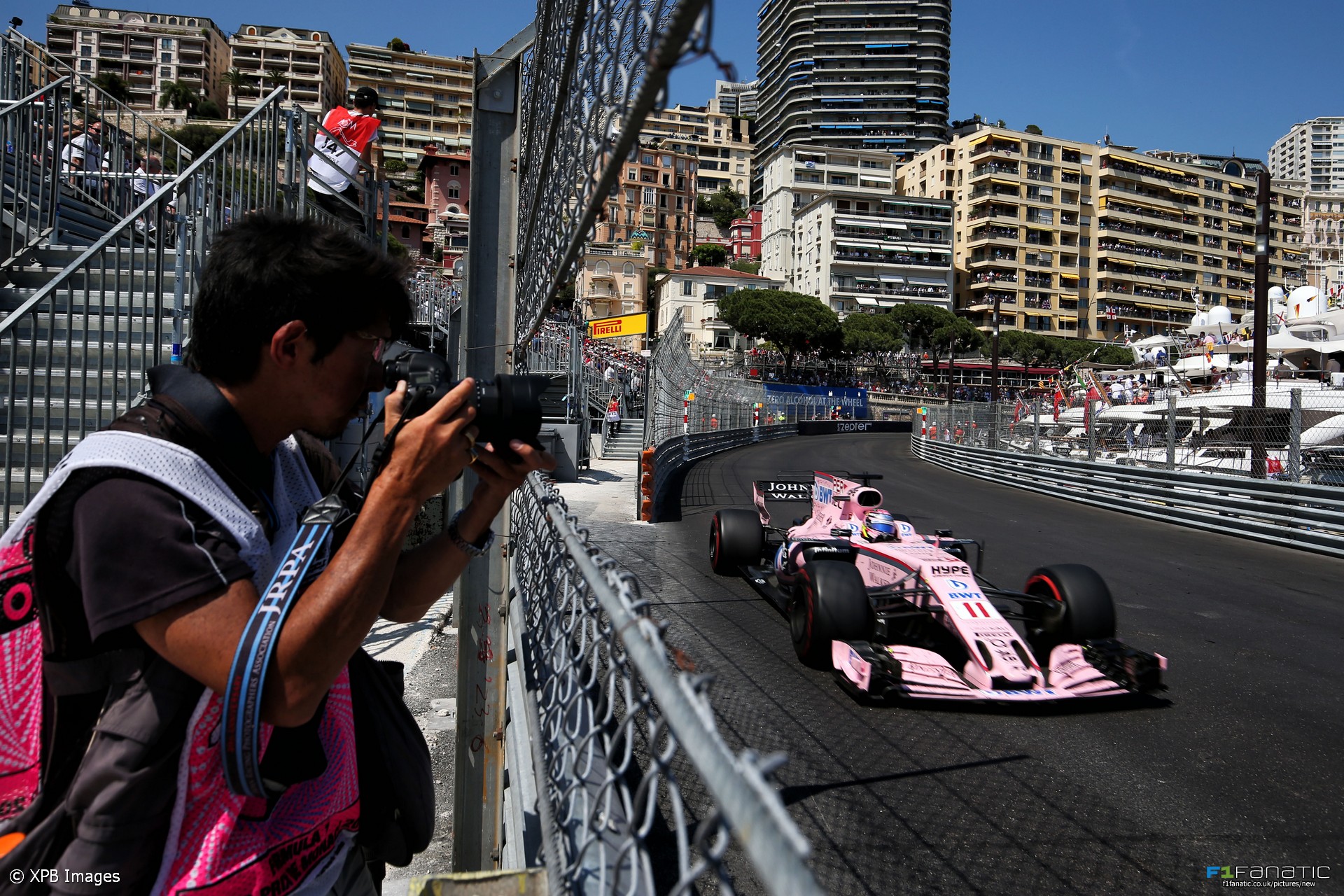 Sergio Perez has been hit with two penalty points on his superlicense but no grid penalty following his collision with Daniil Kvyat at Monaco.

The Force India driver made a late lunge on the Toro Rosso at Rascasse and collided with Kvyat, ultimately putting the Russian out of the race.

After investigating the incident, the stewards awarded Perez a ten-second post-race time penalty and two penalty points on his super license after finding that he was ‘predominately to blame’ for the collision.

“We touched in the wrong position, but this is Monaco and you have to go for it,” says Perez.

“In the end, we found ourselves in a position we weren’t expecting and with new tyres everyone else ahead of us was struggling really badly. So we just had to go for it and I’m happy we did as having a two second an advantage and not trying it, I would’ve been very disappointed finishing ninth. I apologise to the team, but I’m relaxed in myself that I tried.”

Daniil Kvyat was forced to retire at Casino Square following damage incurred in the collision.

“Unfortunately, Perez just drove into me, trying a very desperate move, and he ruined our race,” says Kvyat. “It’s even more frustrating because I was feeling good in the car, it was just getting better and better and until that moment I was fighting for points, running in P9.

“It’s been a challenging weekend, but it could’ve ended up with a positive outcome if the crash hadn’t happened – every time we were in free air we were very competitive! Let’s hope we have a better end to the race next time out in Canada.”

Perez now has five points on his super license. Any driver who receives 12 points in any 12 month period will be banned from participating in the next grand prix.

23 comments on “Two penalty points for Perez after Kvyat clash”