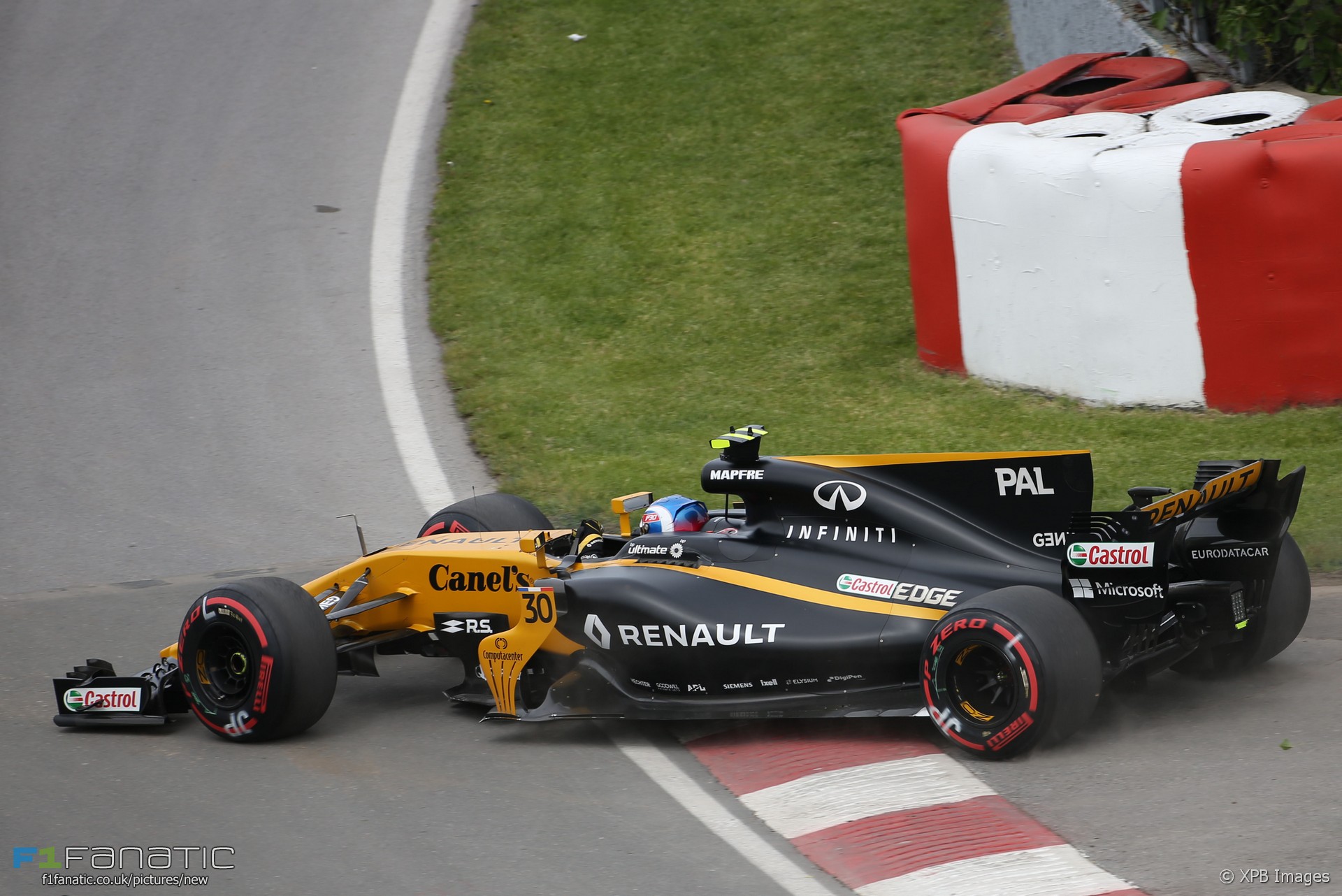 Several drivers were caught out with spins and mistakes during today’s two practice sessions. Here’s what they had to say.

To Verstappen: “Max there are yellows turn ten, eleven. Sainz is pulled off at the side.”

To Hulkenberg: “OK Nico we need to cool the car please.”

Grosjean: “Blocked by Bottas so I need to slow down.”
“OK, yep.”

Both Ferrari drivers had spins during the session.

Stroll: “I just struggled because mid-corner I have no stability.”

“So engine ten and SOC one for tyre temperatures.”
Raikkonen: “Yeah but SOC one for next lap?”
“OK we’ll do SOC one next lap.”
Raikkonen: “I mean it’s pointless to do it halfway through the lap.”
“OK, my bad.”

Back in his McLaren for the first time since racing at Indianapolis, Fernando Alonso discovered little had changed.

Alonso: “The gear spin like in neutral and now the steering is super-heavy.”
“Stop on track.”
Alonso: “Are you sure? I’m in turn ten. More difficult to stop here than come in.”
“Yep we need to stop, Fernando, stop and switch the car off.”

Verstappen: “All OK with the rear brakes?”
“All OK Max you can ignore the dash at the moment.”
Verstappen: “Massive flat-spot. I started to feel some pulling on the brakes. Yeah we cannot use this tyre.”

To Hulkenberg: “Sorry Nico that’s my mistake. I was talking on the wrong channel. Should’ve warned you about Vettel. Apologies.”

“OK Lance that was a green sector two that lap.”
Stroll: “Yep. Grip’s getting better.”

Many more drivers spun during the second session, including Stoffel Vandoorne.

Grosjean: “There’s a vibration on the rear-right of the car.”

Ricciardo: “Not going to improve? Should I box?”
“OK box this lap.”

Vettel: “I nearly lost it in the last corner.
“Yeah copy I saw that moment.”
Vettel: “Yeah that’s a good one.”

Once again in 2017 Romain Grosjean had the Friday blues.

Grosjean: “What the hell is going on? I’m starting to be a bit fed up. Is that the SOC again?”
“It’s doesn’t look like it but I’m checking now. So next you have Mag behind…”
Grosjean: “I don’t give a damn. The torque doesn’t sound correct. Off brake and throttle I’ve got a lot of torque, I don’t know why.”
“OK understood.”
Grosjean: “Is he pushing?”
“Mag is on a back-off lap he’s pushing next time.”
Grosjean: “Ah [censored by FOM] hell.”

Max Verstappen hit trouble at the end of the session, bringing out the red flags. Meanwhile Raikkonen had another concern.

Raikkonen: “There’s some people taking pictures at the side of the track. If you go off you will hit them.”

Hulkenberg: “There was a plastic bag flying around at turn seven. Think it got stuck or something.”

To Vettel: “Three more laps with these tyres, then we can switch compound.”

He’s running behind Hamilton.”
Kvyat: “Front locking, front locking. What the hell is going on with this run?”

To Ocon: “We’re going to try to pit stop both cars so we need you to drop a few seconds if you can.”