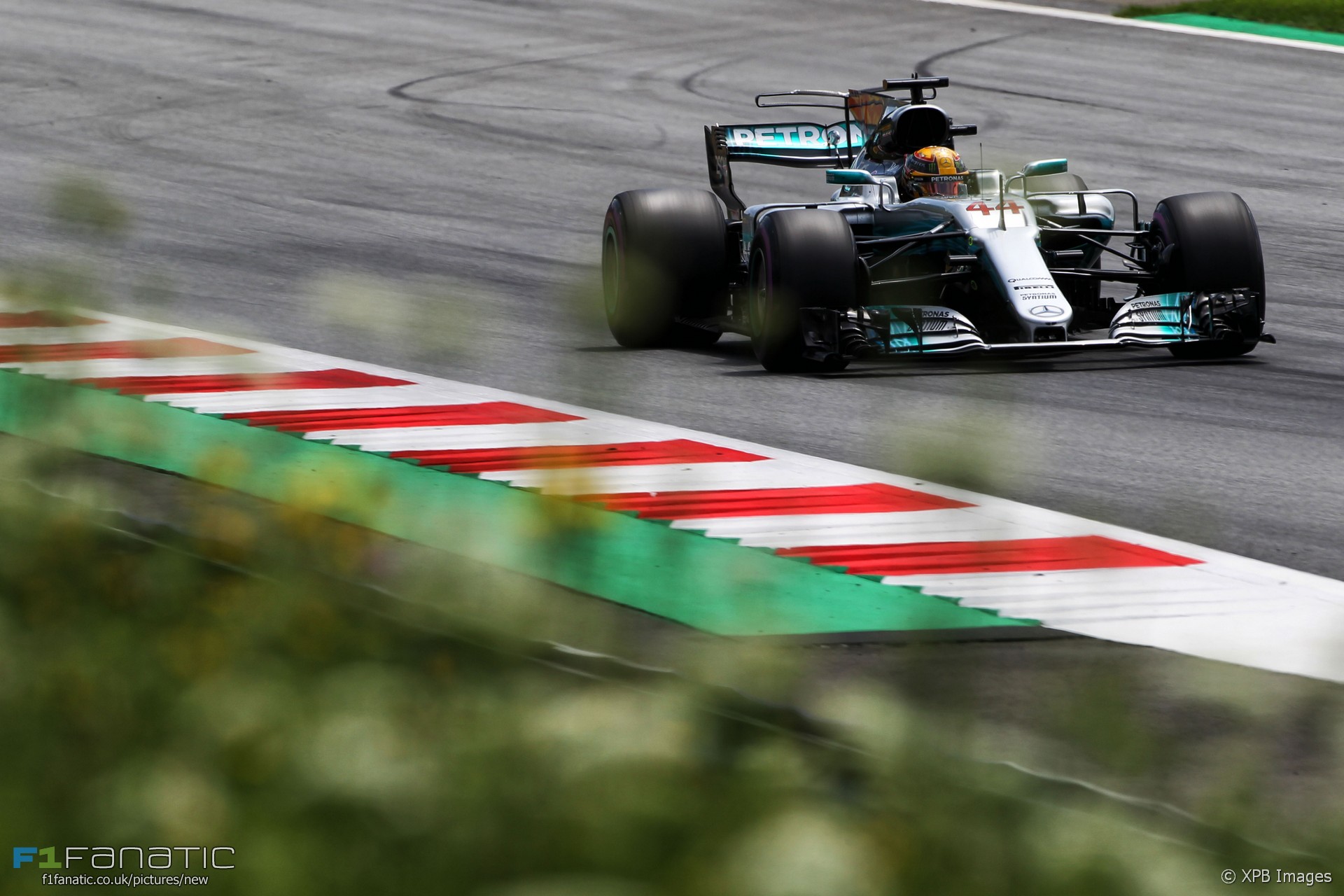 Lewis Hamilton says it will be hard for him to repeat his recovery drive from the 2014 Austrian Grand Prix having qualified eighth for this year’s race.

The Mercedes driver started ninth at the track three years ago and rose through the field to finish second. But he believes the standard of competition is much higher now.

“I’m pretty sure that back then there was a bigger difference in speed deltas between us and other cars,” said Hamilton. “So I think it’s more unlikely than it was then, but I will give it everything I can and of course I would be happy if I could get up there.”

The fastest and slowest times in Q3 today were covered by 1.5 seconds. Three years ago it was two seconds, though two drivers did not set times.

Hamilton has been relegated from third on the grid to eighth due to a gearbox change. “I found out on Tuesday, I think it was,” he said. “Of course, you go in with a very positive mind about coming back and fighting and then of course something like that hits us.”

Hamilton was quickest in Q1 and then ran the harder set of tyres in Q2. But he was dissatisfied with his laps in the top ten shoot-out.

“It’s been a frustrating day for me,” he said. “I had a chance to be fastest today and I didn’t quite put it all together on that final lap in Q3. I’m disappointed with my performance in Q3.”