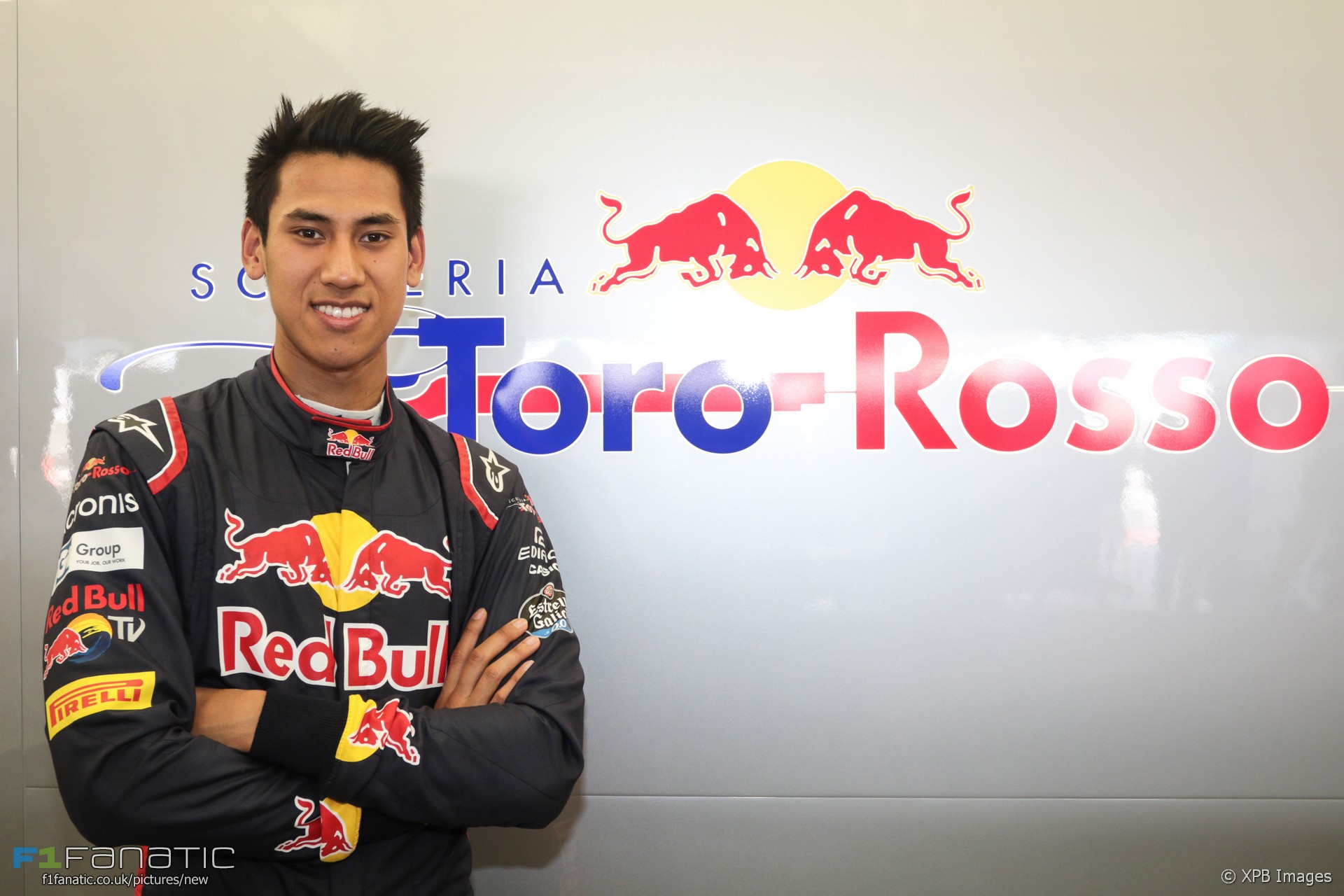 Formula Two racer Sean Gelael will drive for Toro Rosso in the first practice sessions at four of this year’s remaining races.

The Indonesian driver, who has tested for the team twice already, will participate in practice for the Singapore, Malaysian, United States and Mexican Grands Prix. Toro Rosso has not yet decided which of their drivers’ cars he will use at each track.

Team principal Franz Tost said: “During the tests in Bahrain and Budapest Sean performed very well, helping the team in a very professional way, with a mature approach to the complex task of providing engineers with useful feedback.”

“Everyone within the team was impressed by his performance, his technical understanding and his commitment. Therefore, we are happy that he will be driving the FP1 sessions for us at these four Grands Prix. I am sure he will do an excellent and useful job for the team.”

Gelael said it was an “amazing opportunity” and “an honour to be driving in Formula One starting in Singapore and Malaysia, two venues that are so close to my home country.”

“I will use the opportunity to absorb like a sponge everything I can and learn as much as possible. I hope I can do a good job for Scuderia Toro Rosso and provide the team with good data from these important first sessions.”

Gelael, who is in his second full year of Formula Two (formerly GP2), lies 20th in the standings with three points. His best result is ninth at Silverstone. He has no FIA F1 superlicence points.

Last year Rio Haryanto became the first driver from Indonesia to race in Formula One. He spent the first half of the season driving for Manor before being replaced by Esteban Ocon.