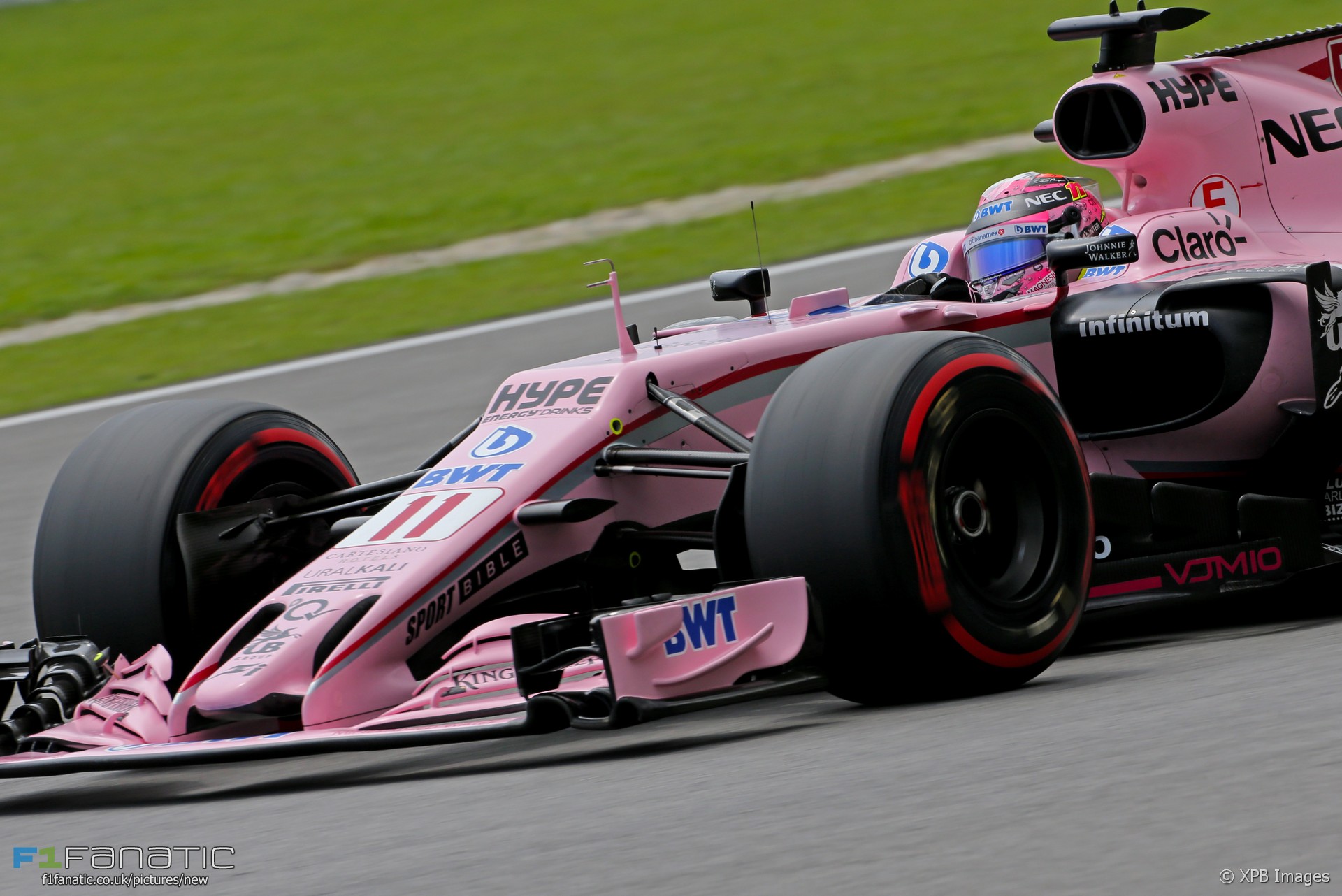 Sergio Perez revealed a mistake during Q3 may have cost him a better starting position on the grid for the Malaysian Grand Prix.

“I made a mistake in turn 11 during my final lap in Q3 and lost my rhythm. It was a small lock-up on what had been a very good lap until then, but it cost me enough time to be only ninth.”

“It’s still a good result, all things considered, and it puts us in a good position for the race.

Both Force Indias made it into Q3. Perez’s team mate Esteban Ocon qualified in sixth place.

Perez also revealed he is suffering from a stomach infection at this weekend’s race, which is considered one of the most physically demanding of the season.

“It wasn’t an easy qualifying session for me,” said Perez. “I’ve been unwell this week and this is possibly the worst place to not feel 100%.”

“It’s going to be a challenging Sunday because Malaysia is a very physical race – probably the hardest of the year.”

“The start will be a key moment and I hope to gain a few places. It’s a race in which anything can happen and the weather is always unpredictable. Yesterday’s interruptions mean nobody really has a clear understanding of the long run pace, but I think we can come away with a strong result.”

One comment on “Unwell Perez admits “small” error in Q3”