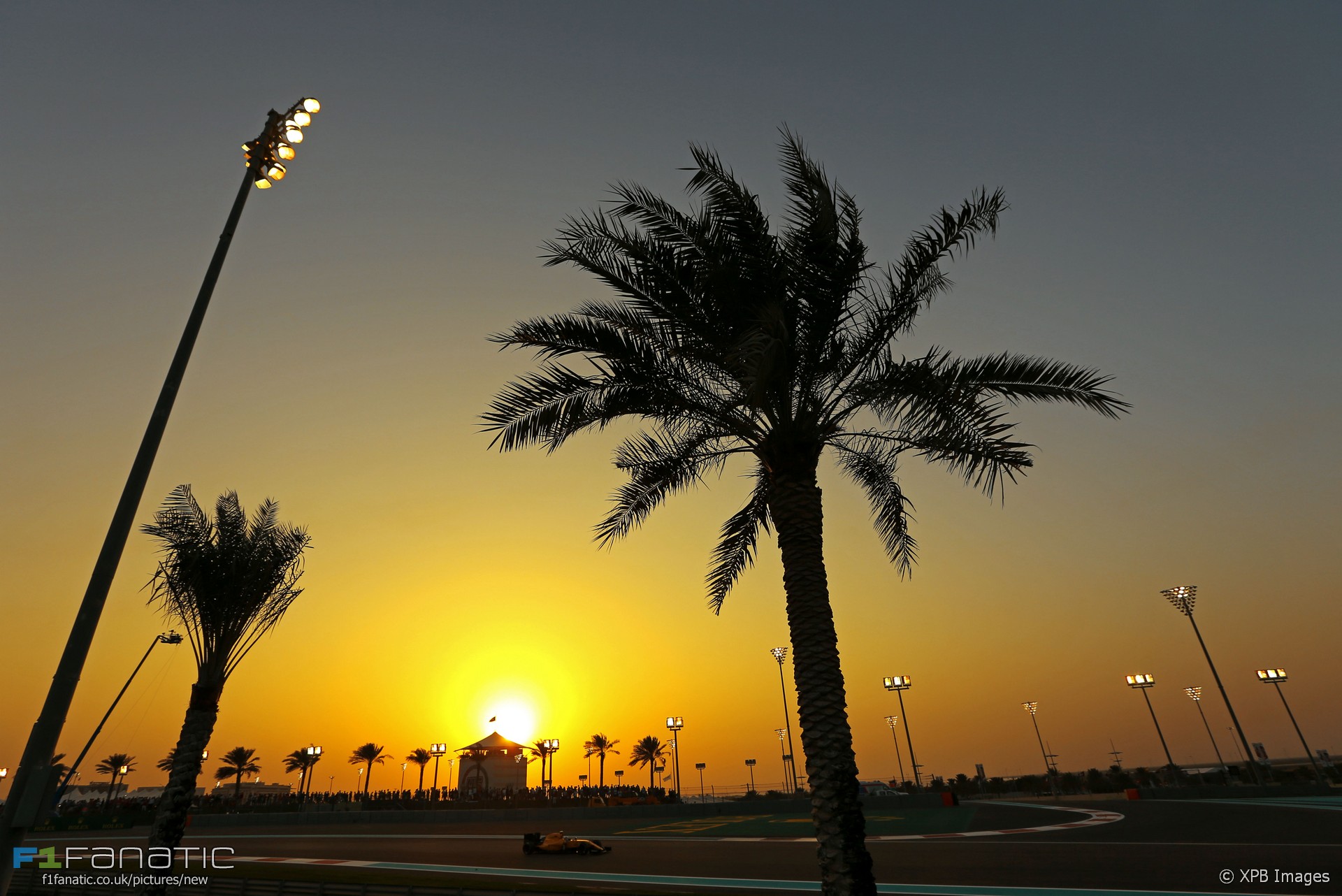 There are no surprises in the weather forecast for the final round of the world championship this weekend.

Yas Island has a desert climate but in November it is well past its the peak temperatures of up to 49C seen in the summer months. A typical November day sees air temperature in the mid-20s, though it’s likely to be a little hotter than that this weekend.

Friday is forecast to be the hottest of the three days, reaching 30C, while the following days will be a couple of degrees cooler.

The drivers are of course spared the worst of the heat during second practice, qualifying and the race, all of which take place around nightfall. These sessions each begin at 5pm, half an hour before the sun falls.

This means the race track temperatures are usually in the high twenties, around 10C cooler than in first and third practice, making those two sessions less useful for the teams in terms of getting their cars set up.