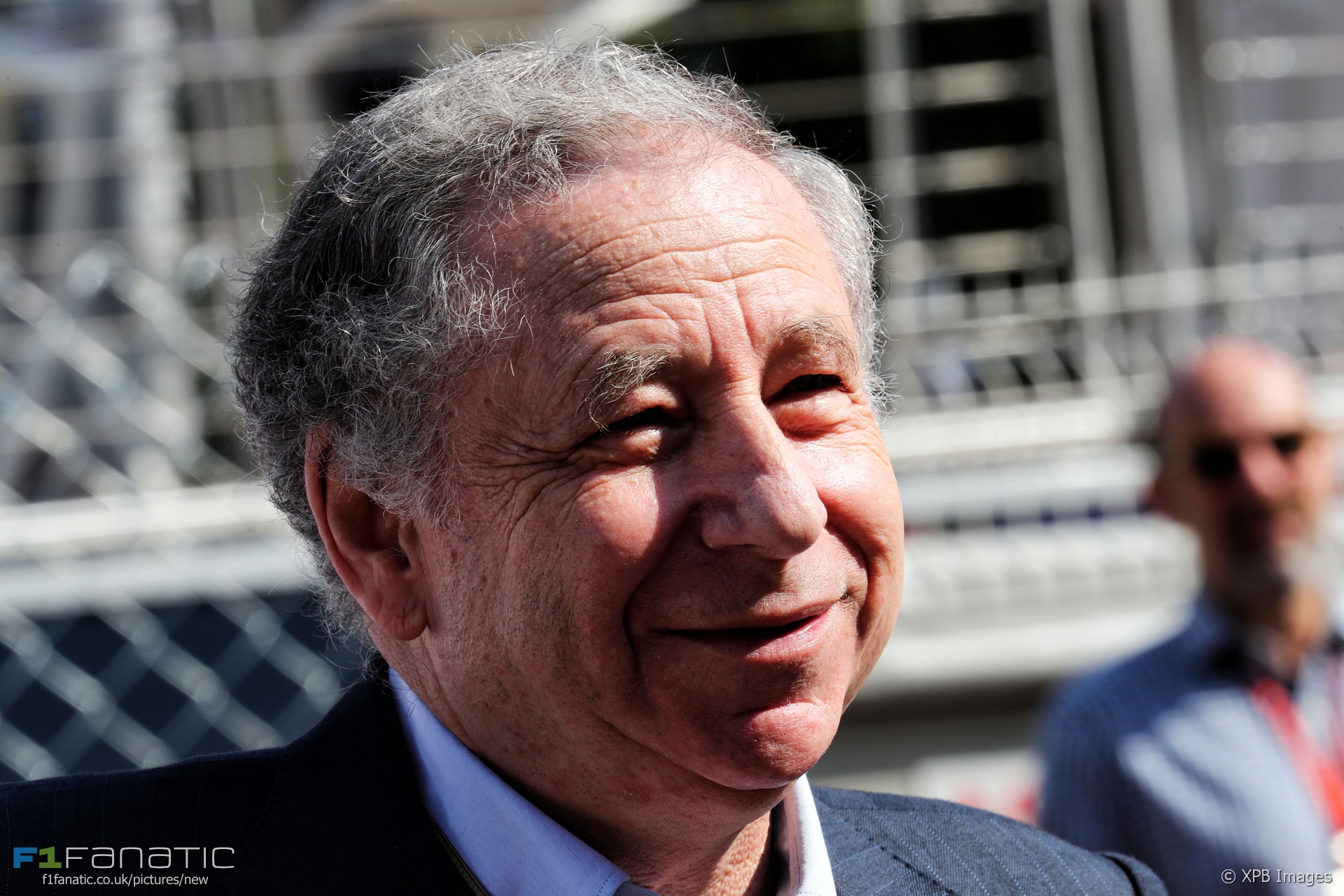 Jean Todt has been elected to serve as FIA president for a third term at its annual General Assembly, held in Paris. He was unopposed in the election.

“Mr Todt was handed a third term in office unanimously by acclamation, and by a show of hands,” said the FIA in a statement.

“It is gratifying to have such universal support,” said Todt following his triumph. “I would like to thank all of the member clubs of the FIA for their support.”

“I see this as a validation of the direction the FIA has taken under my leadership and as encouragement to continue the programme we have pursued over the past eight years.”

The former Ferrari team principal was first elected to the role at the end of 2009 and had served two four-year terms since then.

Todt has made road safety a major focus of his spell as president. However he used part of his re-election speech to stress the importance of the body in regulating motor sport.

“This is the vital role the FIA plays and one it will continue to play in the future,” he added.

Todt’s predecessor in the role was Max Mosley, who served as president between 1991 and 2009.