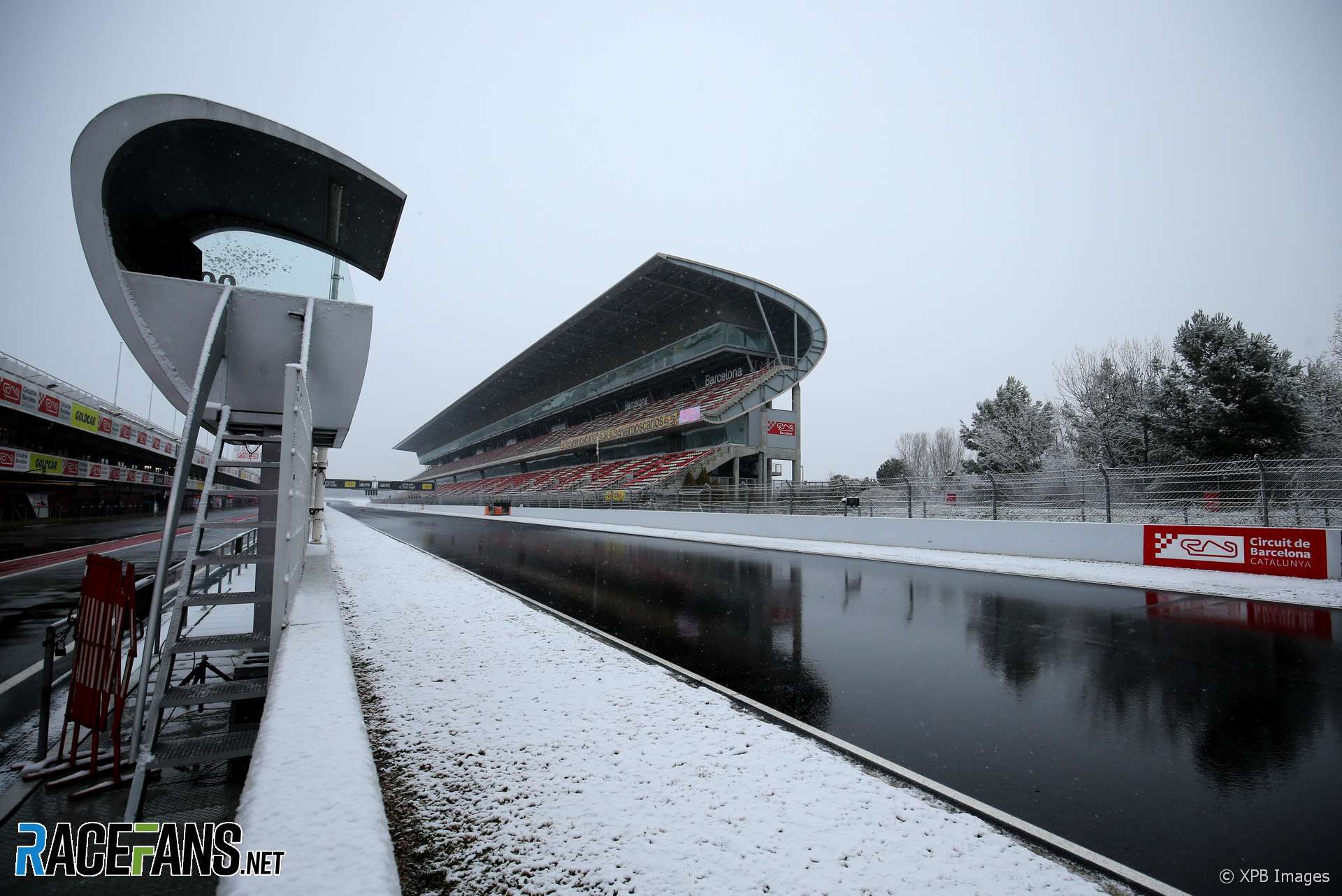 Holding pre-season testing at a hotter venue such as Bahrain would present teams with additional costs, Haas team principal Guenther Steiner has warned.

Cold conditions at the first pre-season test of 2018 at the Circuit de Catalunya has reopened the debate about moving tests to a venue where the conditions are reliably better, such as Bahrain.

However Steiner warned the cost and logistics implications of holding tests so far from the teams’ bases would be significant.

“For us, for example, the first year we were here two years ago it was talked about going to Bahrain or to Abu Dhabi,” he told RaceFans and media in Spain. “That would be a no-no if you are new and you need to fly something somewhere.”

“You guys have no idea how much stuff is coming here every day. Every day there is stuff coming for the car. It’s brutal.”

“From England or from Italy, they just put it in a van and they drive eight hours, they are here. You can put it in a plane, put it in hand luggage. We’ve got people going up and down every day.”

F1’s wealthier teams would increase their spending even further if testing was moved to Bahrain, Steiner predicted.

“If it’s in Bahrain, you need to get prepared, it’s the same for everybody. That’s one of the issues. But the next thing is some teams would put a jet on every night to go back and forward.”

Steiner expects the debate will subside if next week’s test is held in better conditions.

“The thing is if next week we have a good week, four days of normal temperatures, 16, 17, 18 degrees, sunshine, we will have forgotten until we decide where to go next year.”