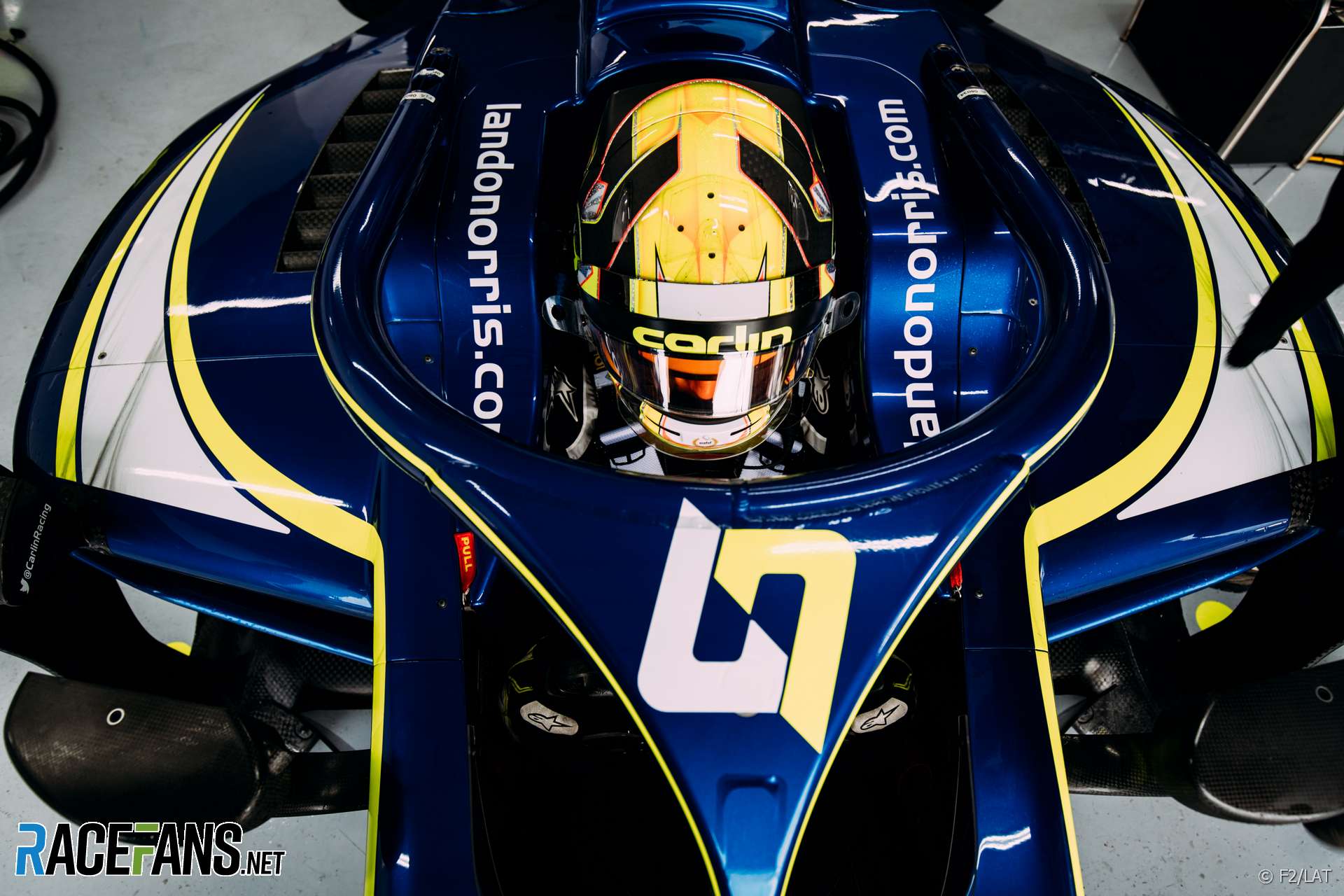 Fernando Alonso and FIA president Jean Todt have supported the idea of using Formula One’s Halo to help fans identify who is driving each car.

Todt, who last year suggested using Halo to indicate which driver is the championship leader, has now proposed using it to help identify all drivers.

“So I mean the Halo for me could be a facilitator to know better who is driving the car.”

Last week Alonso said the suggestion of using drivers’ helmet colours to the Halo to help fans identify them was “a good question.” Formula Two driver Lando Norris has his own logo on the front of his car’s Halo (pictured).

“I think the fans maybe can help in that aspect and make some suggestions, or F1 could have research on what the fans would like,” said Alonso. “Obviously on our side it would not make any difference but if that can help the fans it’s OK.”

However, Alonso added: “I don’t know if that would change much in terms of identification.”

Formula One could eventually replace the Halo with a different solution if the controversial design can be improved, said Todt.

“If we are able to find something which is better, I’m sure over the years we will be able [to],” he said.

“[In] Formula E, everybody said it was the nicest car they’ve ever seen with the Halo. I did not see in real life the Formula One [cars], I saw some photos, honestly I’m not at all disturbed with what I see.”

24 comments on “Use Halo to help fans identify drivers, Alonso and Todt say”