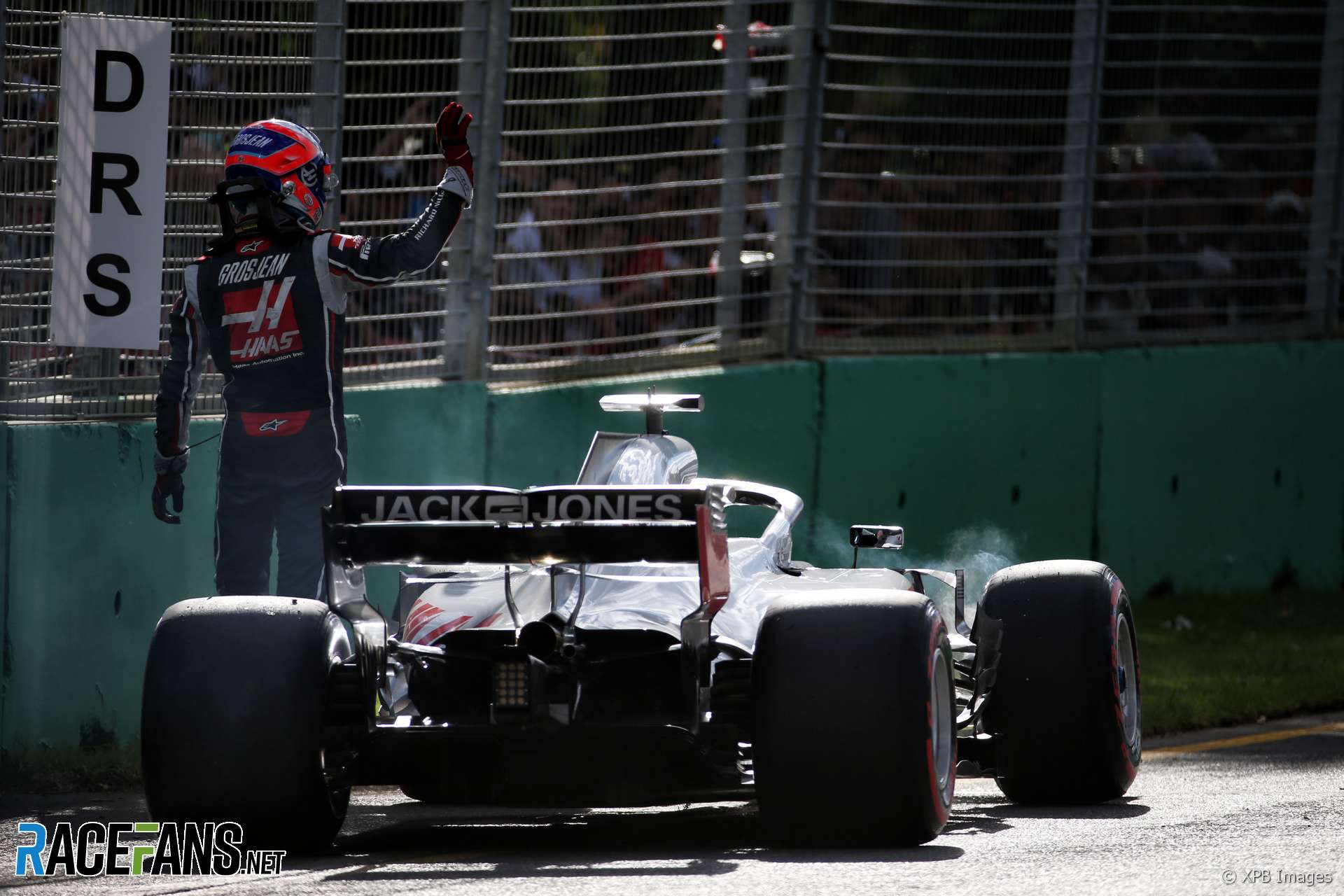 Haas team principal Guenther Steiner said the pit stop errors which cost it a double points finish in Australia were partly down to overconfidence.

Romain Grosjean and Kevin Magnussen retired from the race having run fourth and fifth after they were released from the pit box with cross-threaded wheel nuts.

Steiner said the team “were very good at the end of last season” with their pit stops. “And that maybe gave us a little bit of overconfidence.”

“We didn’t practice in Australia, we made mistakes in our decisions which then ended up to be a mistake on the car.”

Steiner also confirmed the team has added an extra fail-safe measure and swapped some of its crew around to prevent a repeat of what happened in Melbourne. “We put an additional person in so that if it isn’t caught we can stop the car, push it back and put it right.”

The team has also “swapped a few positions” among the three-person crews which change the tyres on each corner of the car. “The main reason is not because they did the mistake but getting their confidence back,” Steiner explained.

“Because if you keep on doing the same and the guys are not confident the risk that you have a mistake again is high. So we swapped positions, you pair different people and give them different jobs, because you need so many people anyway, and that is what we did for this race, and that is what we are doing since yesterday practicing.”

“We need to make sure that we get the wheels on even if it takes half a second longer. What we need to do is solid stops, we don’t need 2.4 second stops, we need solid three-second stops. Then if we do them in 2.7 it’s fine but we’re not going for the 2.3 or 2.4 stops.”