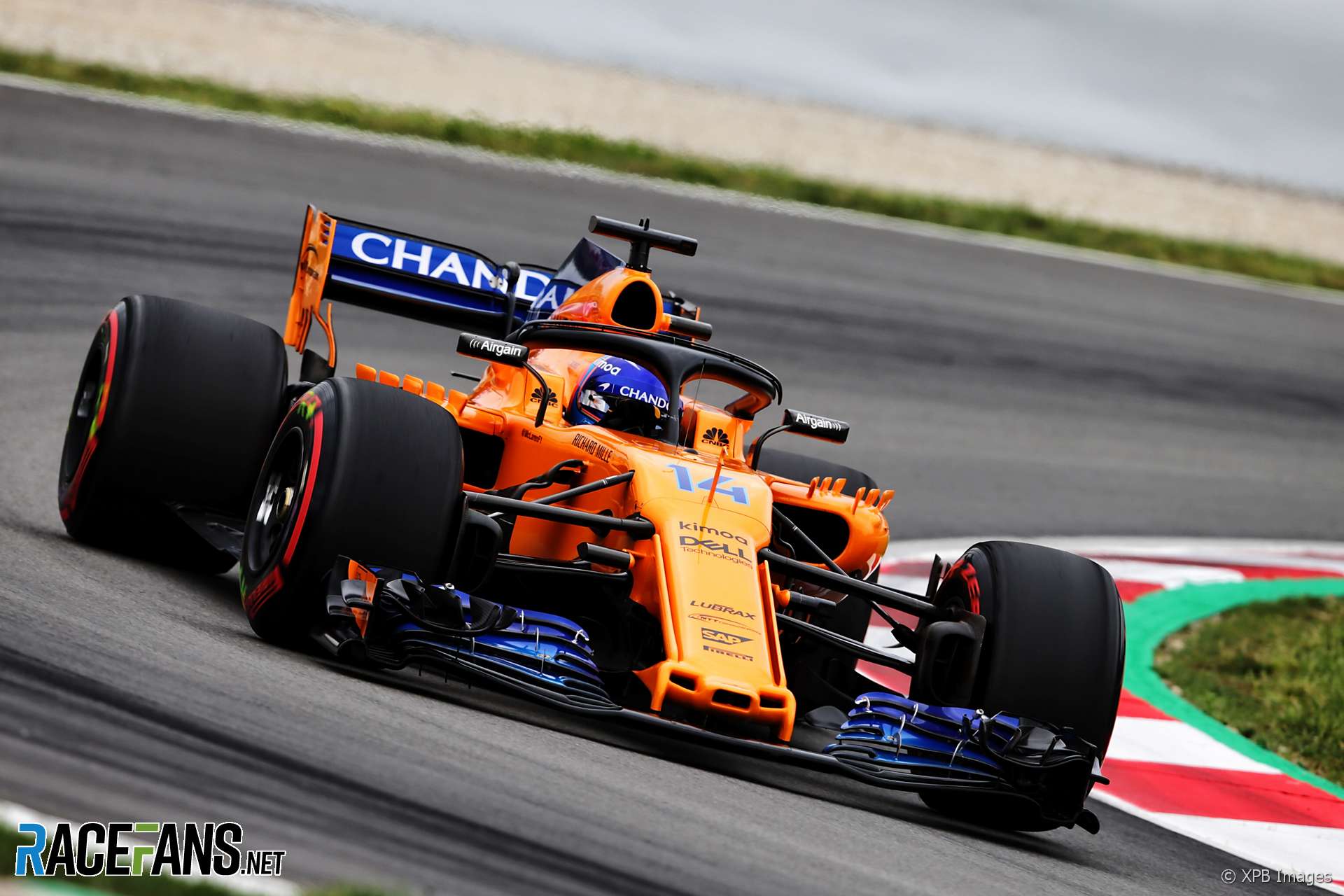 McLaren’s Fernando Alonso has described his qualifying run to eighth for the Spanish Grand Prix as ‘nearly perfect’.

After securing McLaren’s first appearance in Q3 of the season, Alonso says he believes that the team ‘optimised’ its performance during the session.

“Obviously it’s the first time for us in Q3 this year,” says Alonso. “Eighth, being in front of a Renault and one Haas was a very nice surprise. It was nearly a perfect qualifying for us.”

Alonso set his quickest time of Q3 on the soft compound tyres, after testing both the softs and super softs in Q2.

“We tried to do our best performance and it wasn’t clear today which tyre was the quickest one over one lap, so we decided to test both tyres in Q2 to see which was fastest,” Alonso explains.

“Then in Q3, we found that both tyres were quite similar over one lap and we repeated the same sequence.”

Alonso also praised the performance upgrades that McLaren have introduced this weekend, saying that the car ‘definitely feels quicker’.

“I think our average position was P12 or P13 this year, so eighth is definitely a step forward,” says Alonso. “And everyone brought updates here, so it seems relative to them we made a step forward.

“We did a 1’17.7, I think, over the winter on the hyper soft tyres and we did a 17.7 today on the softs. So it’s a huge step forward and we need to keep bringing as many new parts as possible in the next grands prix because the midfield is quite tight and two or three tenths could change five or six positions. So it’s important not to stop that development.”