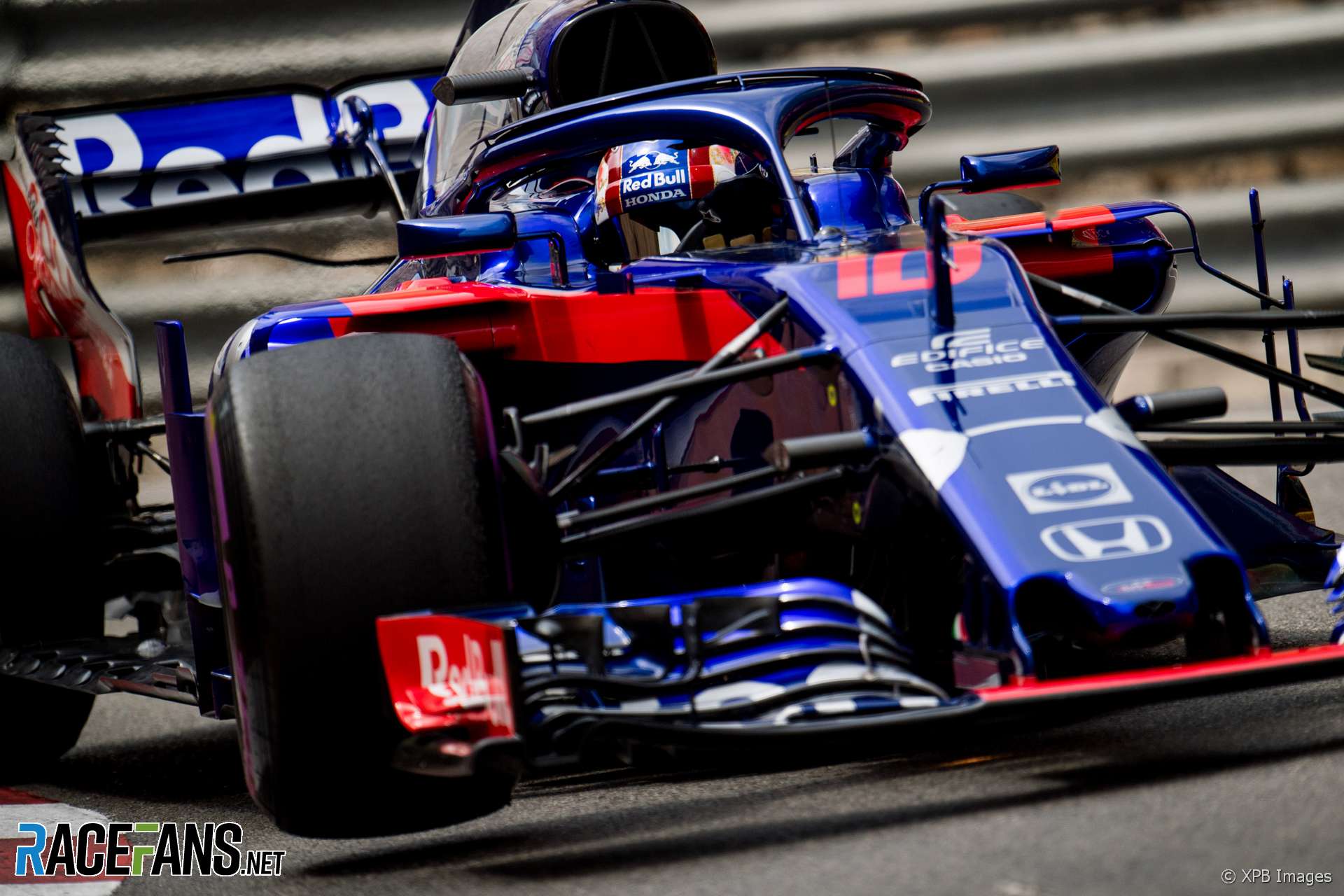 Pierre Gasly reveals he almost committed the same mistake as Max Verstappen in the swimming pool complex during qualifying for the Monaco Grand Prix.

Verstappen crashed at the exit of the complex during final practice and was unable to take part in qualifying as a result. Gasly described how close he came to crashing at the same corner.

“In Q3 I gave it everything and I hit the wall on the inside, that was on my first push [lap],” he said. “That was really close.

“Actually when I touched it I thought about Max straight away. I managed to keep it on track but that was a close one.”

Gasly took Toro Rosso into Q3 for the second time this season after narrowly beating Nico Hulkenberg in Q2.

“We knew it was really tight,” he said. “But in the end I managed to put a really good lap in Q2, just make it through for less than a tenth with Hulkenberg.

“And then I gave it everything in Q3. In the end we finished P10, only a tenth shy from P6.

“But looking at the last races I think we made a big step today. There wasn’t much left. Second Q3 of the year so we need to look at the positives. I’m pretty pleased for my first time in Monaco with these cars.”

He admitted he was disappointed to miss sixth place by such a small margin. “As a competitive guy when you’re only a tenth from P6, it’s so close, you always want more,” he said.

“But looking at the last races I think we are going in the right direction. I feel more comfortable with the car and on a track like this you need to feel comfortable. Since the beginning of the weekend the team did a good job to improve through the sessions. It’s been good and now we need to make sure we score points tomorrow.”