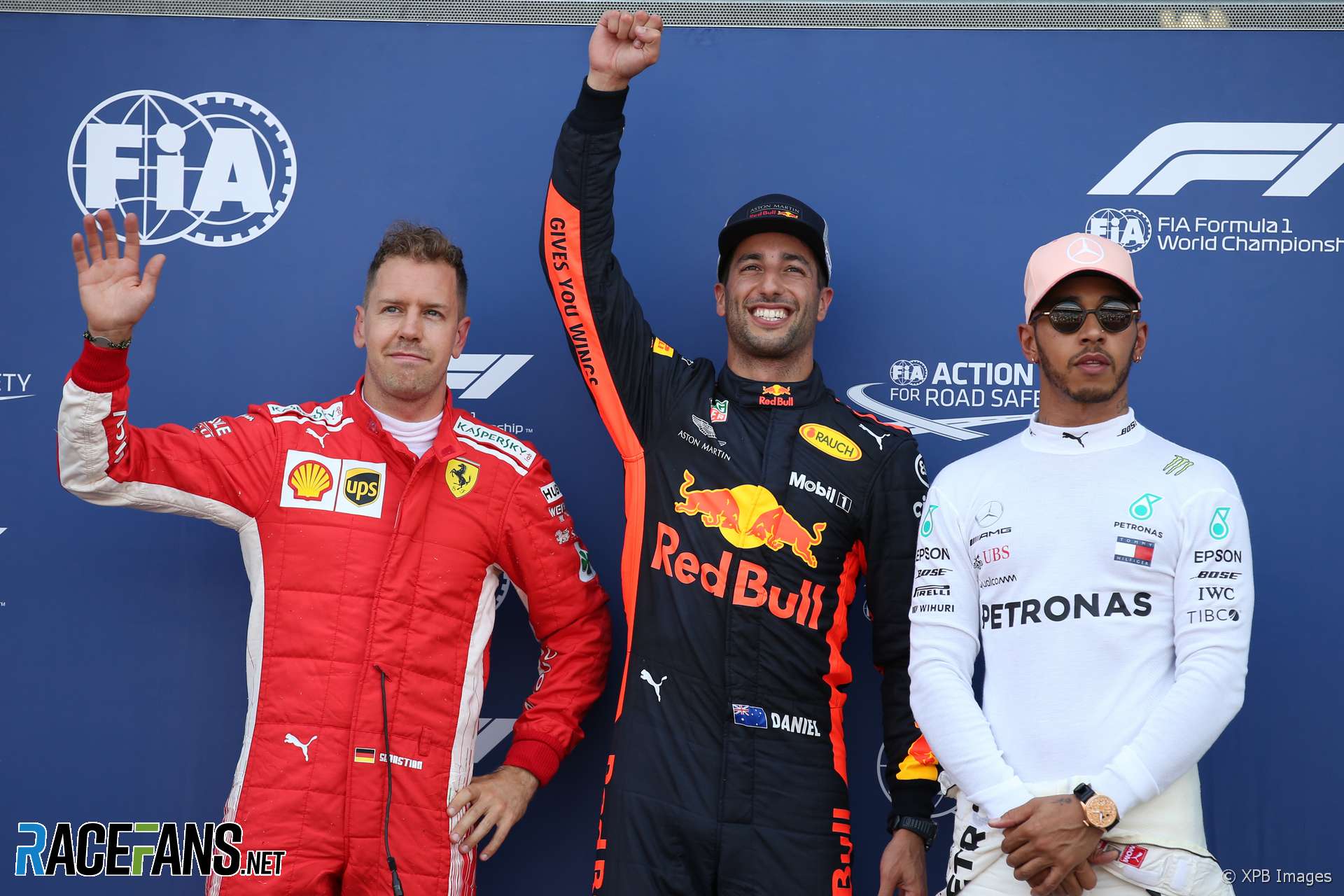 The Red Bull driver was quickest in all three practice sessions and all three stages of qualifying. Vettel qualified two-tenths of a second behind him and Hamilton was another two tenths behind.

Hamilton said he couldn’t have got any more out of his Mercedes.

“It was a really good session,” he told Channel 4. “I gave it everything that I could, we just couldn’t catch them.

“Even with a perfect lap we couldn’t catch the Red Bulls. They [had] just [a] little bit more performance, particularly in the last section.”

“I had a really good first lap [in Q3], the second one I went all out. And I was up for a period of time, and I just wasn’t able to hold it.

“I didn’t make any mistakes or anything like that, the time was just disappearing as I was going through the lap. I was trying to hold onto it. I gave it everything I could.”

“I was pretty happy with the last shot I had,” said the Ferrari driver. “Maybe there was half a tenth but not enough to put Daniel under threat so well done to him.”