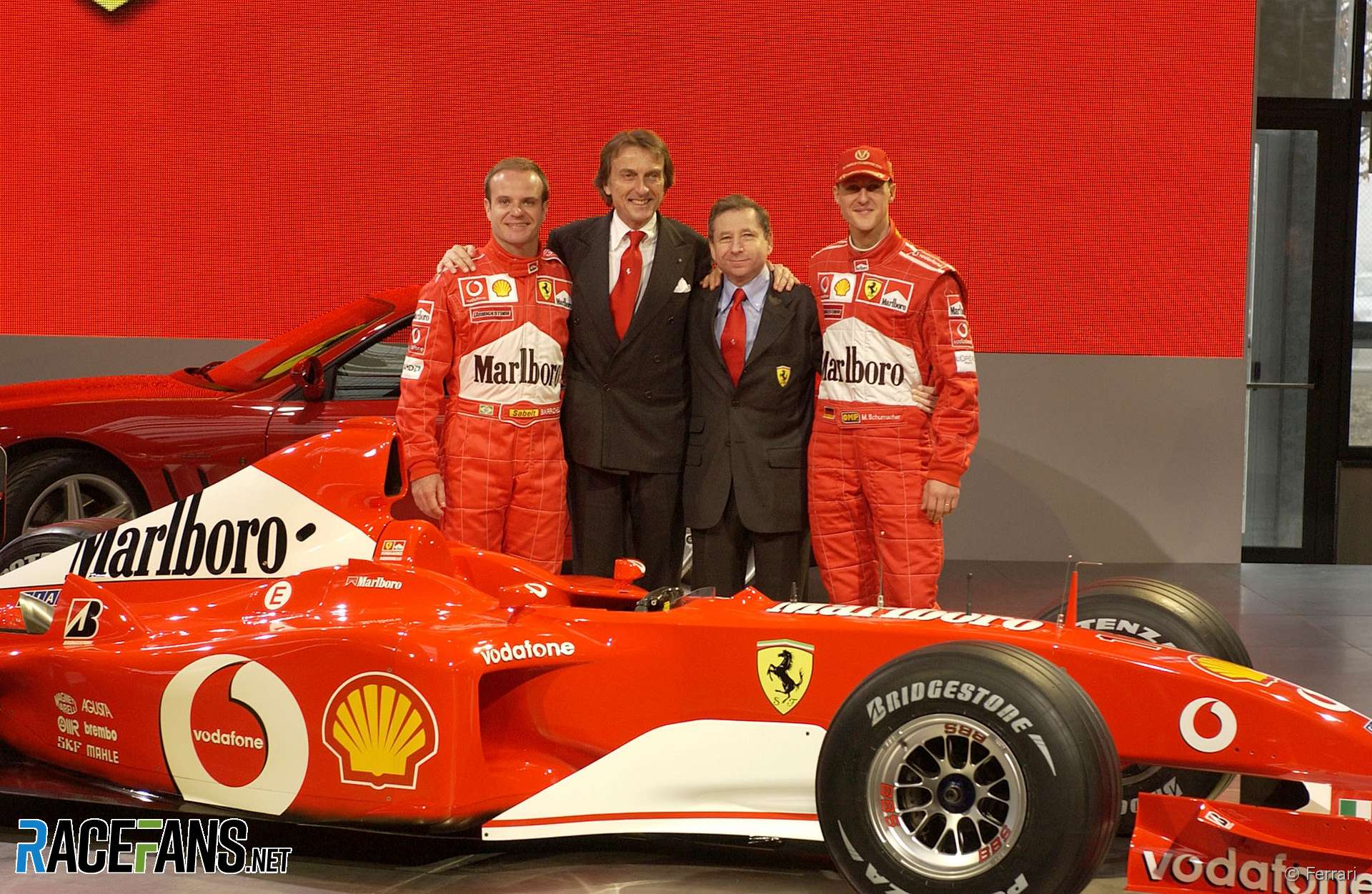 Former Ferrari chairman Luca di Montezemolo says Michael Schumacher was as important to revitalising the team’s fortunes in the noughties as Niki Lauda had been in the seventies.

Speaking at the opening of the Schumacher collection in Cologne last week, di Montezemolo described how the driver played a vital role in helping him turn around the fortunes of Formula 1’s most famous team.

“Michael is an important part of my life,” said di Montezemolo. “We won many races. I think only Niki was as important as Michael in professional life because even with Niki in the seventies we won a lot of races.”

Ferrari had won just two races in five years when Schumacher joined them. “With Michael it was different [to Lauda] because we started from grass,” said Montezemolo.

“When we decided to hire him in 1996 that was at the right moment to do it because we had already put together [Jean] Todt, Ross [Brawn], Rory [Byrne]. So we have got a good team.

“If I had hired Michael before, I think for him [it would have been] impossible to win. That was the right moment. When we won the first race in 1996 in the first year in a raining day in Barcelona I thought to myself ‘now, finally, we are very close to start a very important era’.

“And then from 1997 until 2005 we won the championship, or we [lost it] at the last race. So for 10 years we were by far the best against different teams, because in 1996 and 1997 there was the Williams, then there was the McLaren with Mika [Hakkinen], then there was Renault. But Ferrari was always there.”

Di Montezemolo singled out Schumacher’s team spirit as his most significant characteristic.

Schumacher originally retired from Formula 1 at the end of 2006 but almost returned to drive for Ferrari three years later when Felipe Massa was injured.

“I was very sad when Felipe got the terrible accident in Budapest,” said di Montezemolo. “I called Michael in my office and said ‘Michael, listen, you have to do for me, for us, for Ferrari, you have to come back’.

“And for half an hour it was impossible to convince him. And after one hour he said ‘OK, I cannot say no’. He went to the racing department like a young child, full of enthusiasm. He went to Mugello to do a very good test with the old car.

“But unfortunately when he went to his doctor after the test the doctor said for your neck, no. So that was bad for all of us.”

17 comments on “Montezemolo on Schumacher: ‘Only Niki was as important to my career as Michael’”