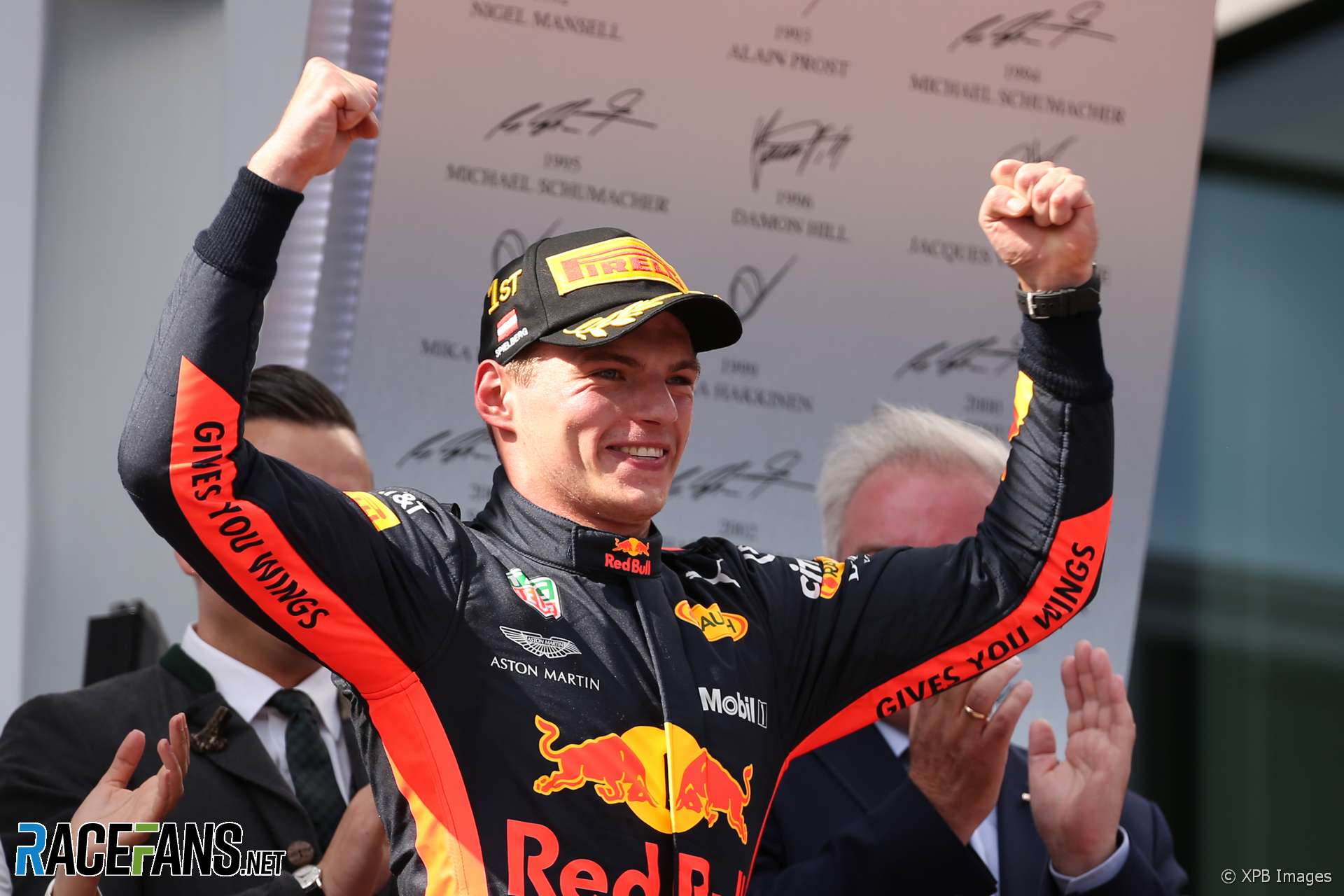 The two silver cars held off an attack from Verstappen and Kimi Raikkonen at the start and completed the first lap running one and two. But both were doomed not to finish the race: first Valtteri Bottas and Lewis Hamilton stopped with technical problems.

However Mercedes had thrown away their shot at victory before Hamilton joined his team mate in retirement in the closing stages. They failed to bring Hamilton in due to a Virtual Safety Car period which opened the door for both Red Bull and Raikkonen to jump ahead of him when he eventually pitted under green-flag conditions.

“We were just waiting to see what everyone else did,” explained Hamilton’s race engineer Pete Bonnington on the radio. “We’ve just thrown away a win,” said Hamilton later.

Red Bull appeared to be heading for a one-two at their home track until Daniel Ricciardo’s car began smoking and stopped. Raikkonen closed within range of Verstappen but was unable to make a move on the leader and followed him to the flag.

Despite making his pit stop later than his rivals, Hamilton was unable to get in a position to pass, and instead lost a position to Vettel. A second pit stop failed to help matters, and just as he the team decided to settle for fourth place a sudden loss of hydraulic pressure put him out. Vettel therefore moved back into the lead of the drivers’ championship by taking third place.

The Haas drivers profited from a day when three of the ‘big six’ cars retired to take fourth and fifth place, led by Romain Grosjean. They were followed by the two Force Indias, who took advantage of Nico Hulkenberg’s retirement and Carlos Sainz Jnr suffering a slow pit stop to bag useful points.