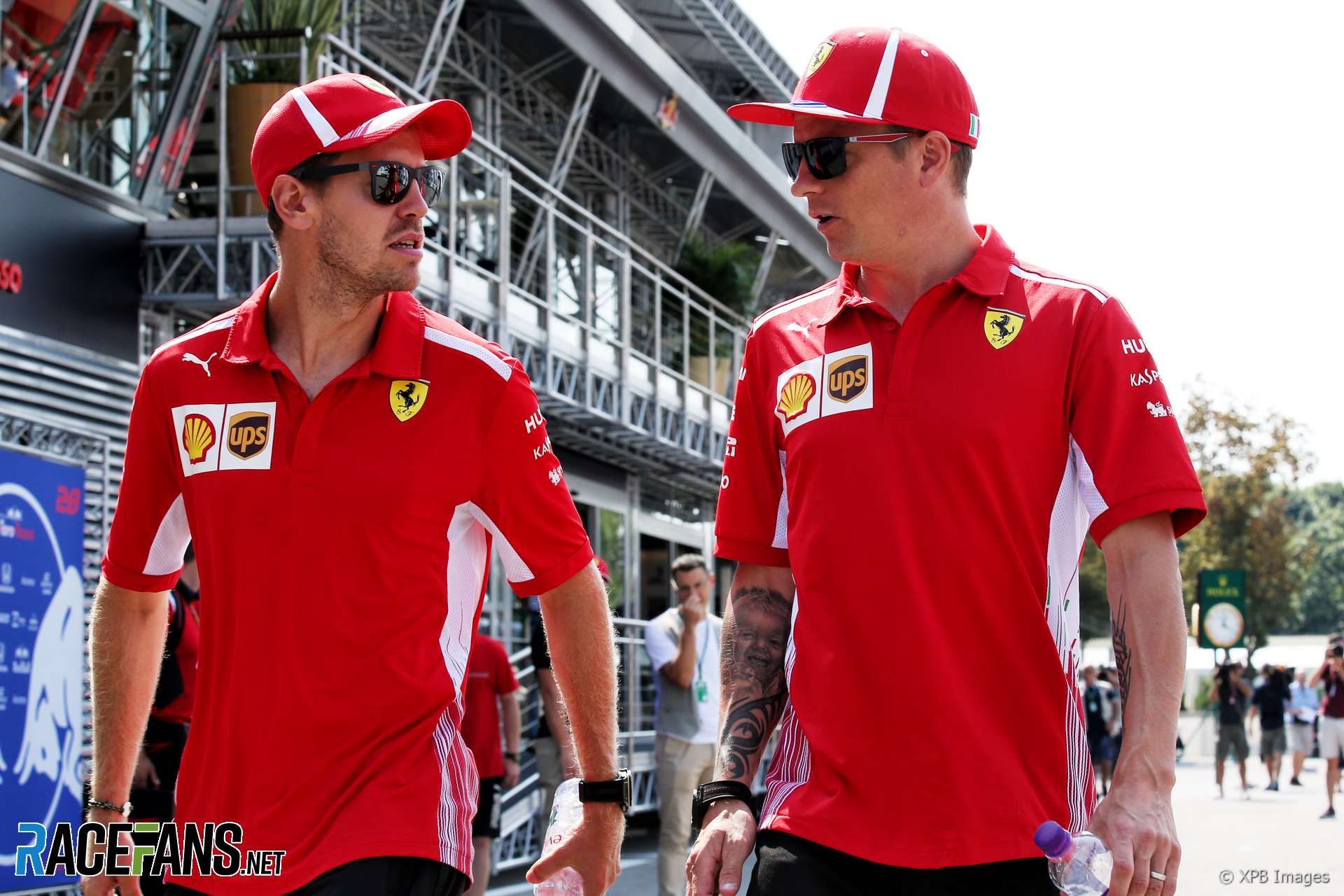 Sebastian Vettel says Kimi Raikkonen is the best team mate he’s had and he’s “sad” to see him lose his place at Ferrari.

Raikkonen will be replaced by Charles Leclerc at the team for the 2019 F1 season.

Vettel and Raikkonen have been team mates at Ferrari since 2015. Asked whether Raikkonen was the best team mate he’s had in Formula 1, Vettel said: “absolutely”.

“And probably the degree of bullshit going on between each other. With Kimi it’s been zero from the start and I don’t think it will change until the end.

“Obviously it’s a great chance for Charles but it’s sad to know Kimi is not there any more because I think we get along very well even though we are different we have a lot of mutual respect.”

However Vettel said he is pleased to see Leclerc’s promotion from the Ferrari Driver Academy. “He’s been in the junior programme of the team for a long time so it’s good to see there is progression.”

Vettel added he hasn’t spoken to Leclerc since his move to Ferrari was announced. “I don’t have his number,” he said. “These days I’m sure he was very busy anyway.

“If I get to see him then I’m sure I will find the right words. By the sounds of it we will have enough time to exchange our phone number in future.”