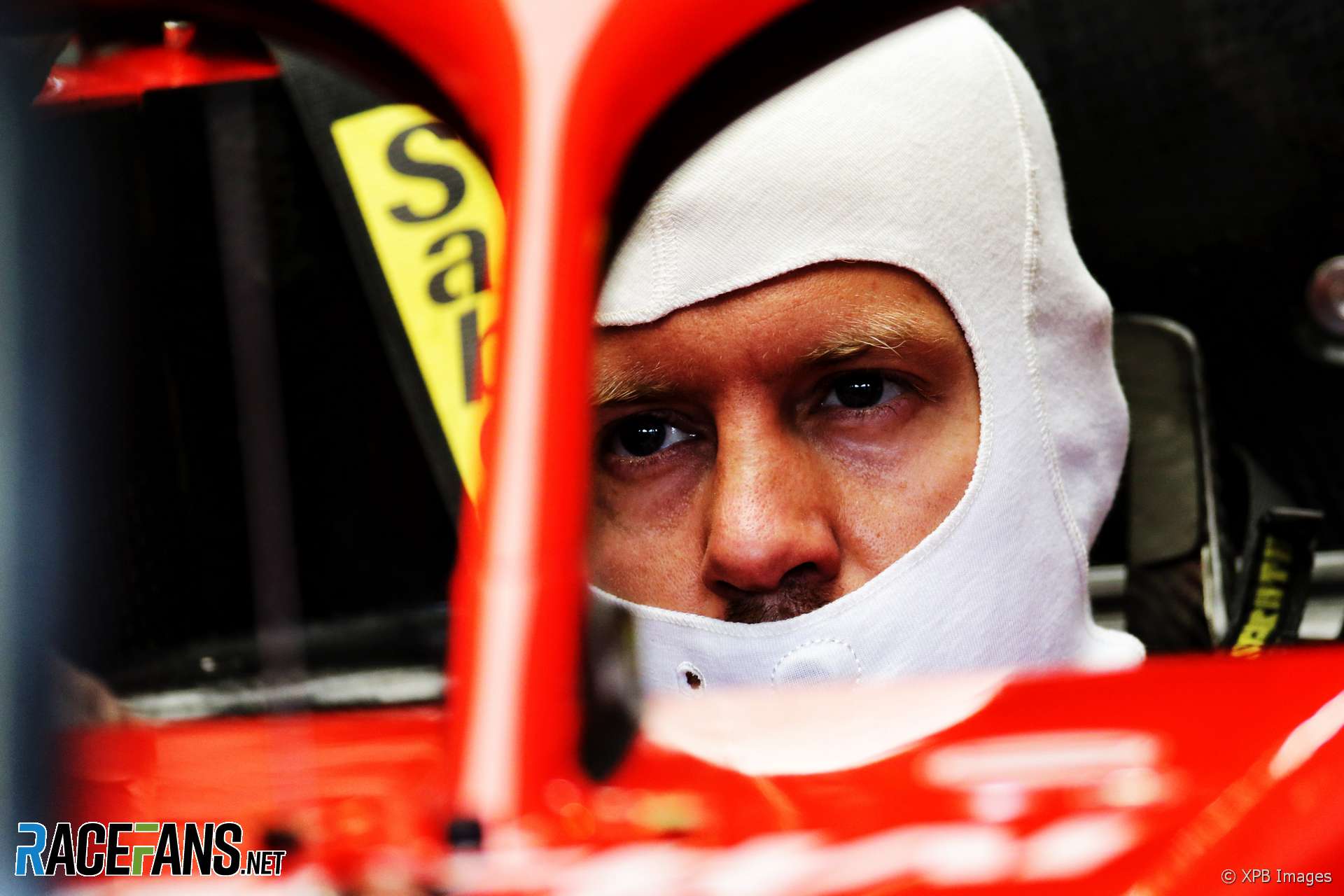 Sebastian Vettel says he isn’t concerned about the prospect of rain during this weekend’s United States Grand Prix despite Ferrari’s struggles in wet conditions this year.

Rain is forecast throughout Friday and Saturday at the Circuit of the Americas. But Vettel says he isn’t concerned about its potential effect on Ferrari.

Lewis Hamilton took advantage of rain in Hungary and Belgium to beat his championship rival to pole position. Vettel also crashed out while leading when rain fell at the Hockenheimring. However Vettel said he doesn’t “blame the weather” for the downturn in his championship fortunes.

“Here and there maybe it didn’t help but it was part of the game. I don’t think you can blame outside factors like the weather for anything. You have to cope with them and others coped maybe better than we did.”

With Hamilton able to clinch the championship this weekend, Vettel said his only strategy for the weekend is to try to win and then hope for the best.

“I think it’s very simple. Obviously we are quite some points behind. We focus on winning and then we see what the others are doing. So it’s quite straightforward to be honest.”

Hamilton today explained why he criticised media coverage of Vettel’s performance in recent races. Vettel said it showed the “mutual respect” between the two championship contenders.

“The respect between us has always been there, despite the fact that maybe we’re very different,” he said. “We appreciate the job the other guy is doing. I think it’s a mutual respect we have for each other.”

10 comments on “Vettel: Ferrari aren’t afraid of the rain”