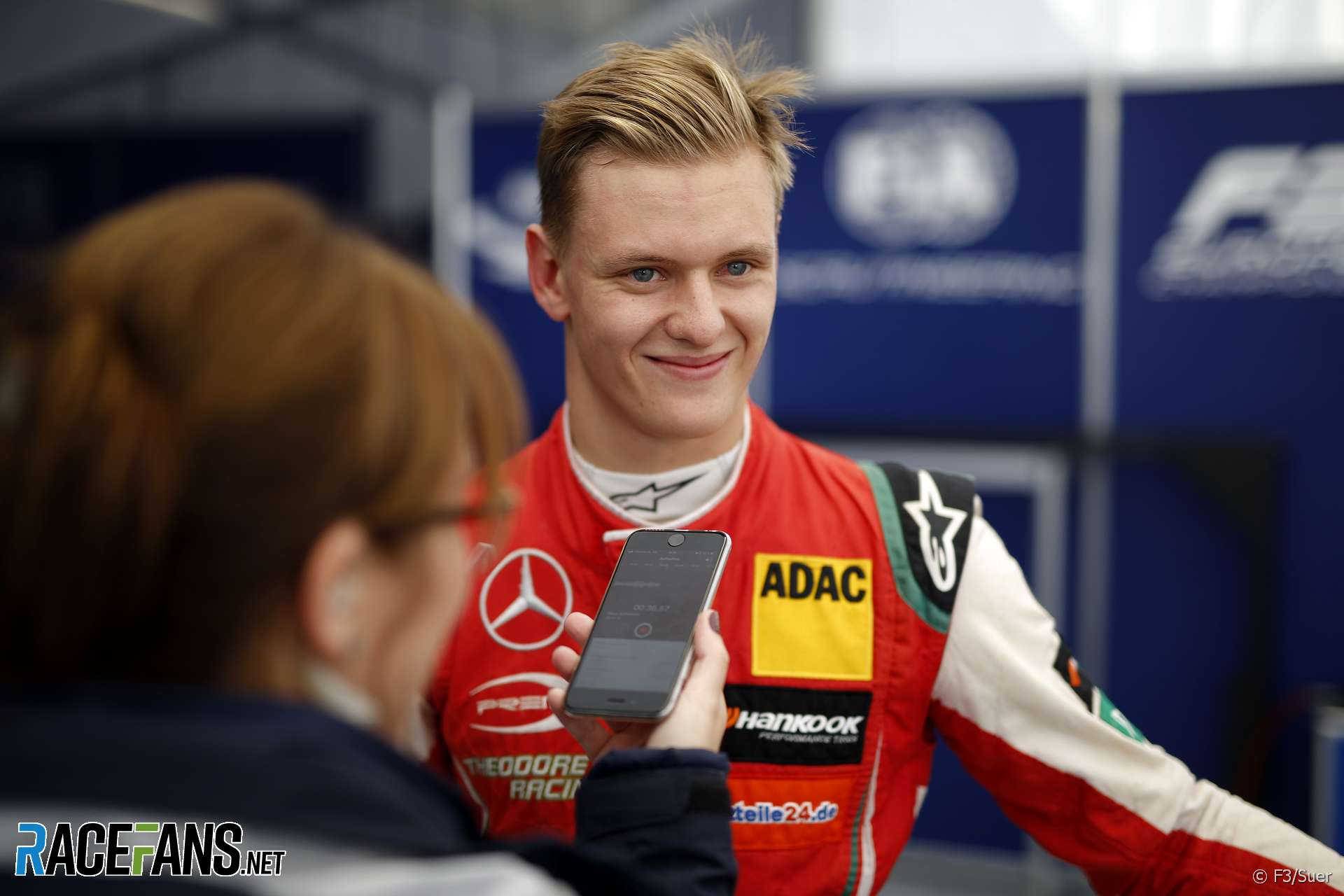 “He’s obviously got a lot of talent as his dad had,” said Hamilton during Friday’s FIA press conference.

“Just like Keke [Rosberg] and Nico, just like when Fernando [Alonso] has kids I’m sure an Alonso will be here again. Even if I have a kid who wants to race and even if he’s no good he can make it Formula One because of the name.”

Being the son of Michael Schumacher, the most successful driver in the history of F1 in terms of championships and race victories, needn’t be a burden for the younger Schumacher, Hamilton believes.

“I don’t think it will be a burden,” he said. “I think naturally for any of the champions when they have youngsters come through, naturally Michael is named the greatest driver of all time, he’s got the most titles, so there will one hundred percent be a Schumacher back in Formula One, partly because of the name, but secondly because he’s doing a great job.”

“He’s doing a really great job and he’s a really great kid as well,” Hamilton added. “He’s come and been a part of our team a couple of weekends, I think it was last year, [he’s] very attentive.

“He’s got a great talent as his dad had so I don’t think it will be a burden in my personal opinion. I think it could be great for the sport.”

With few available seats left on the grid for the 2019 F1 season. Mick Schumacher looks increasingly likely to spend next season in Formula Two. Max Verstappen, who moved straight into F1 from F3, said it may be better for Schumacher to take the step he missed.

“I think everybody is different,” said Verstappen. “They just need to make up their minds what they want to do and what offers they get in whatever series.

“I’m very happy I skipped Formula Two but for some other drivers it’s maybe better.”