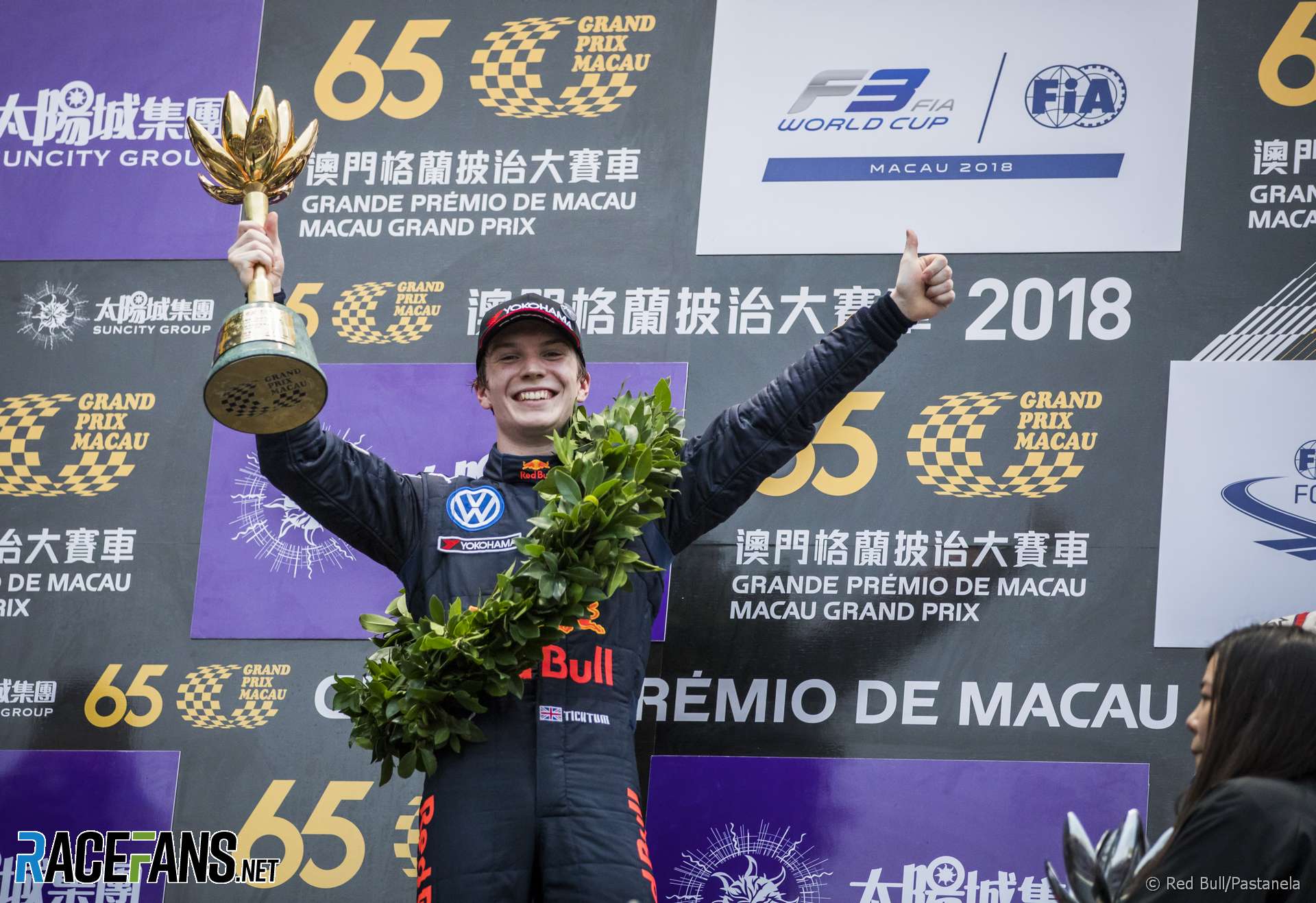 Red Bull Junior Team driver Dan Ticktum won the Macau Grand Prix for the second year in a row in a race which was disrupted by a serious crash.

The race was suspended after Sophia Floersch was involved in a horrific crash at the Lisboa bend on lap four. Her car was launched through a crash barrier at high speed.

The FIA issued the following statement regarding the crash:

“A serious incident has occurred on lap 4 of the 2018 FIA F3 World Cup at Macau involving car #25 Sophia Floersch (GER).

“Following evaluation by medical staff, the driver is conscious and has subsequently been taken to hospital for further evaluation.”

Once the race was restarted Ticktum simply drove away from his rivals. Joel Eriksson led the pursuers after passing Sacha Fenestraz when the race resumed.

The Safety Car returned to the track in the closing stages of the race after Hitech driver Enaam Ahmed hit the barrier. Ticktum produced another clean restart to see off Eriksson.