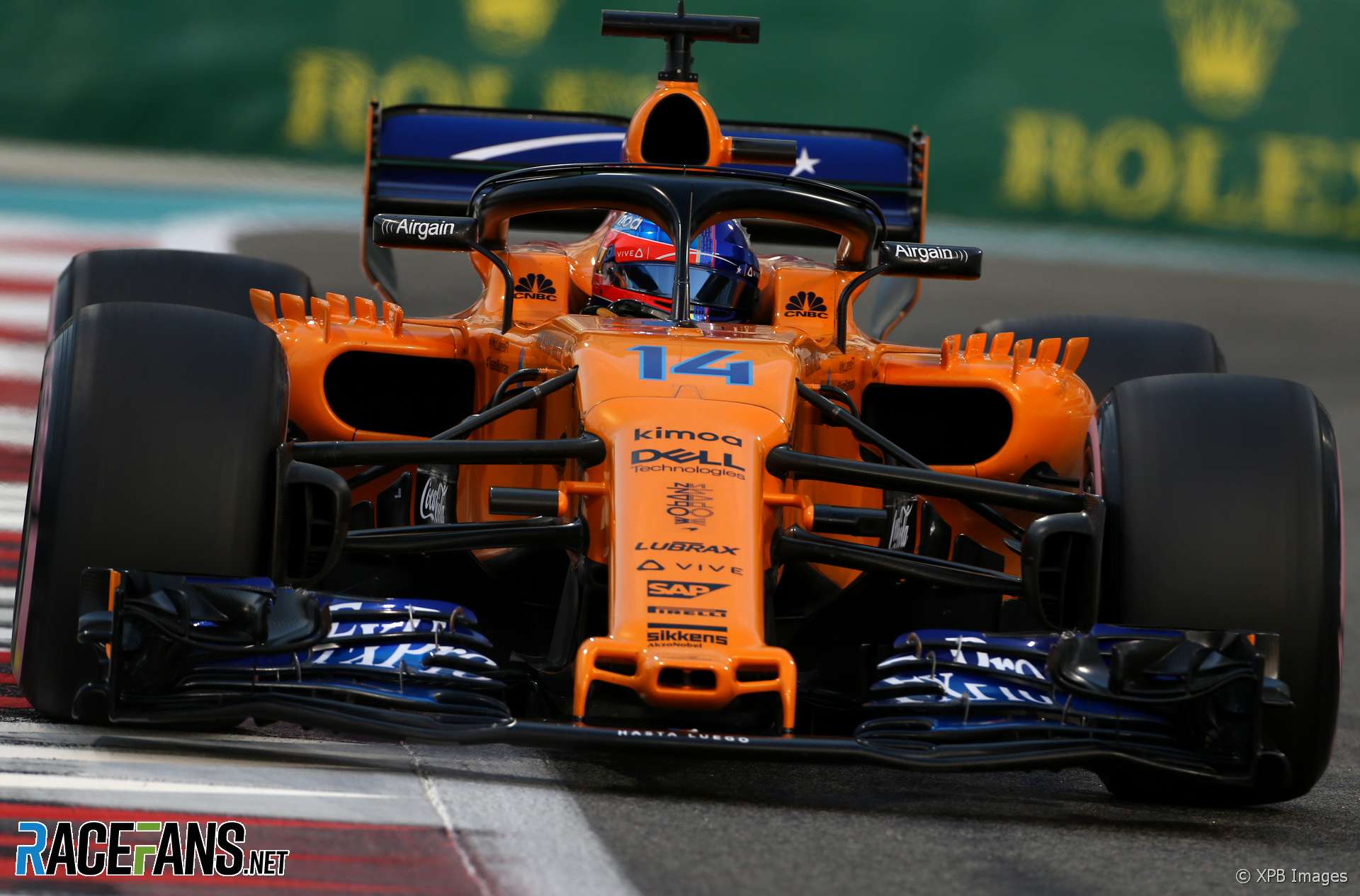 Fernando Alonso says McLaren didn’t think it would be possible to reach Q2 in qualifying for the Abu Dhabi Grand Prix.

In his final qualifying session Alonso took his McLaren into the second round and went on to take 15th on the grid. “I enjoyed the lap,” he said, “especially the Q1 lap.”

“We were pretty convinced that it was impossible to go through Q1 into Q2 but we managed just [by] a couple of milliseconds and I was happy for that.

“Then in Q2 probably we are in the position we deserved. The aim for tomorrow is to be close to the points if possible. We start 15th so five positions away. If we see some action in front of us maybe we take an opportunity.”

Alonso said he is prepared to take a conservative approach at what can often be a frantic start at Yas Marina.

“It’s a tough couple of first corners here. The first lap in general, turn 11 there is a lot of action. Sometimes you need to be a little bit conservative because things are happening in front of you, you don’t need to do much, you don’t need to attack.

“Let’s see if we have a good start and good first lap. The points will be a dream.”

He said he will try to treat the final race of his F1 career like any other.

“When you put the helmet car you jump in the car, do up the seat belts, it’s another race. Tomorrow I think it’s going to be the same.

“You see the traffic light, you go for the green, you try [be] safe the first couple of corners, if possible try to overtake someone. And then execute the race in the best way possible.”

5 comments on “Alonso: We thought Q2 was impossible”