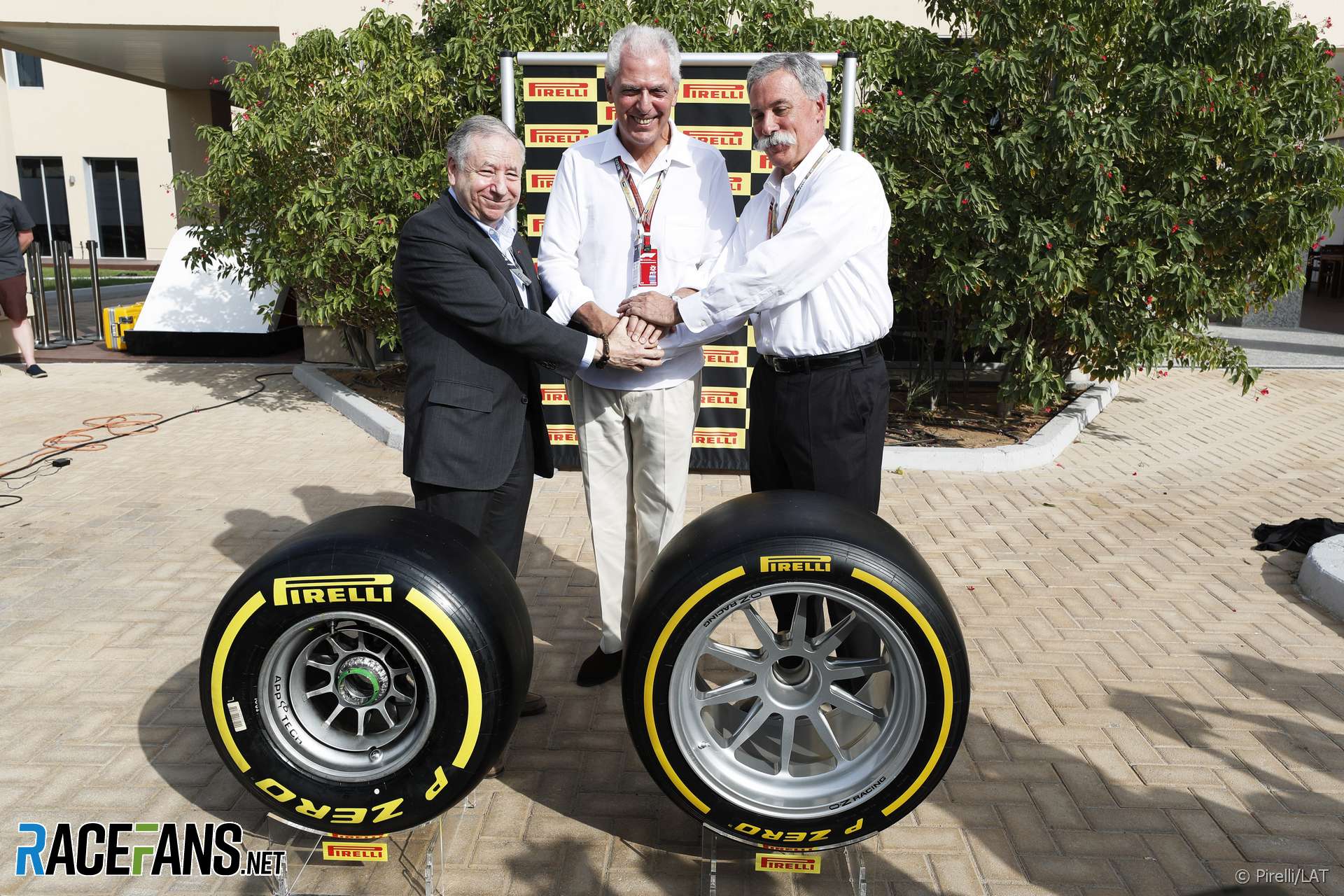 Pirelli has been chosen over Hankook as Formula 1’s official tyre supplier for the 2020 to 2023 seasons, as RaceFans revealed yesterday.

The Italian tyre manufacturer has been F1’s sole provider of tyres since 2011. Under its new deal, F1 will switch from 13-inch wheels to an 18-inch format in 2021. Pirelli presented an example of the new format in the paddock at Yas Marina.

F1 CEO Chase Carey said the extension of Pirelli’s contract “guarantees a long-term stable future for such a crucial component of Formula 1”.

Pirelli and rival tyre manufacturer Hankook were accepted by the FIA as bidders for the F1 tyre contract. The final choice of supplier was made by Formula One Management.

FIA president Jean Todt said he is “happy to have Pirelli appointed for another period as official tyre supplier to the FIA Formula 1 world championship.

It will allow all of us to enjoy the experience gained since 2011. We know how crucial and difficult is the role of the tyre supplier and, particularly, in Formula 1.”

Pirelli vice president and CEO Mario Tronchetti Provera welcomed the extension of Pirelli’s F1 tyre contract. “This new agreement extends our presence to a total of 13 seasons in the modern era, with Pirelli also present in 1950, when the world championship was inaugurated.

“Formula 1 is and will remain the pinnacle of motorised competition: the perfect environment for Pirelli, which has always defined motorsport as its most advanced technological research and development laboratory.”