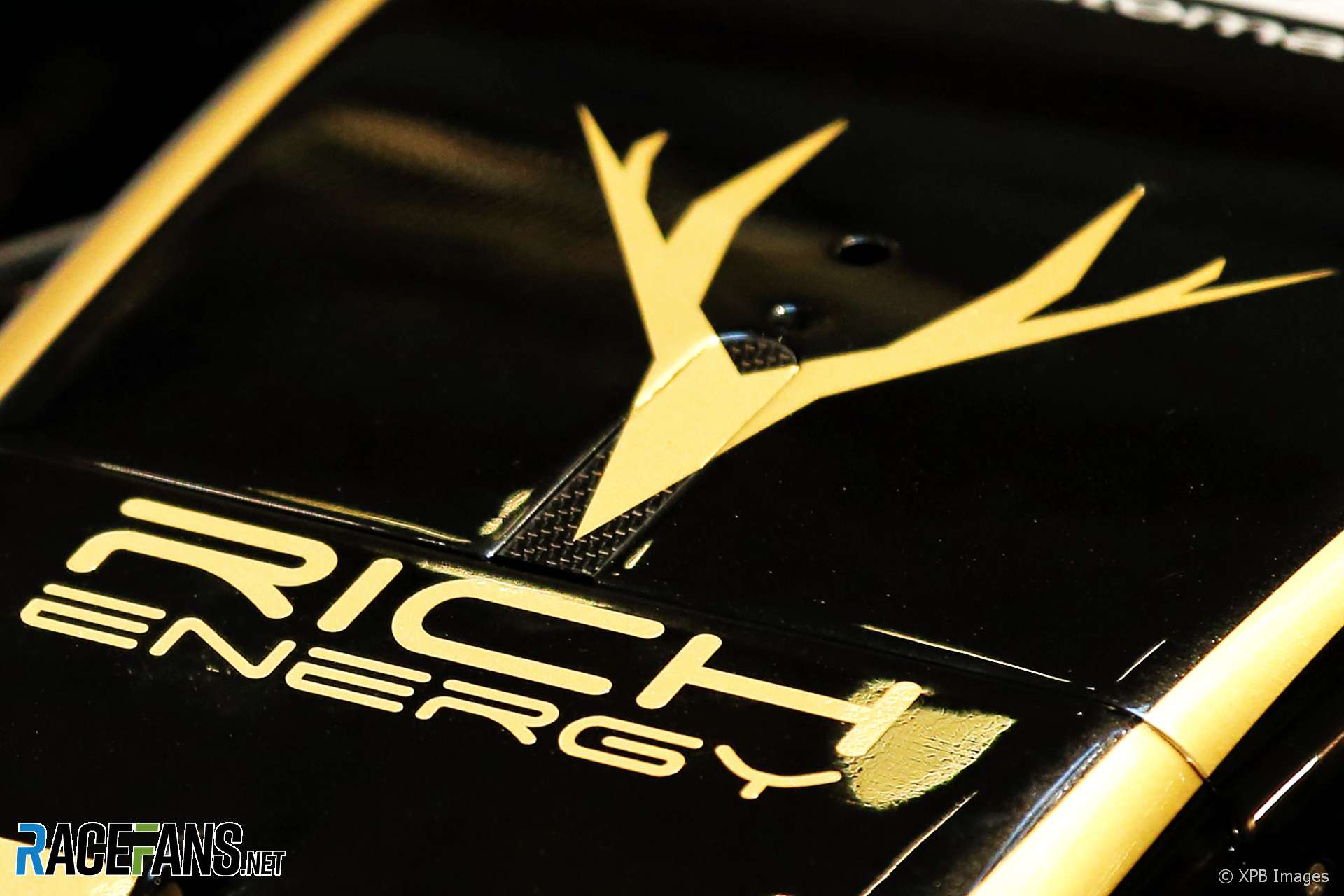 Haas’s new title sponsor Rich Energy has played down concerns it could be forced to change its logo due to a court case involving another company which uses a similar design.

[retrompujps01]ATB Sales Limited, which produces the Whyte bicycle brand, has brought a claim against Rich Energy and its CEO William Storey before the Intellectual Property Enterprise Court. The two companies have registered similar logos featuring antler designs. Storey opposed an attempt by ATB to register one mark in 2017.

Speaking to RaceFans at the presentation of Haas’s livery at the Royal Automobile Club in London last week Storey dismissed fears the company may be forced to alter its logo.

“I have no concerns whatsoever,” said Storey. “I won’t use the word ‘nonsense’ but it’s really without foundation.”

Haas’s new colour scheme, which reflects Rich Energy’s branding, drew immediate comparisons with the John Player Special Lotus liveries of 1972 to 1986. However Storey says his choice of colours for the brand was not inspired it.

“Our brand has always been black and gold and in essence that’s because I’ve always found it a really evocative combination, I always liked it. The fact that I also loved the JPS Lotus cars is very serendipitous.”