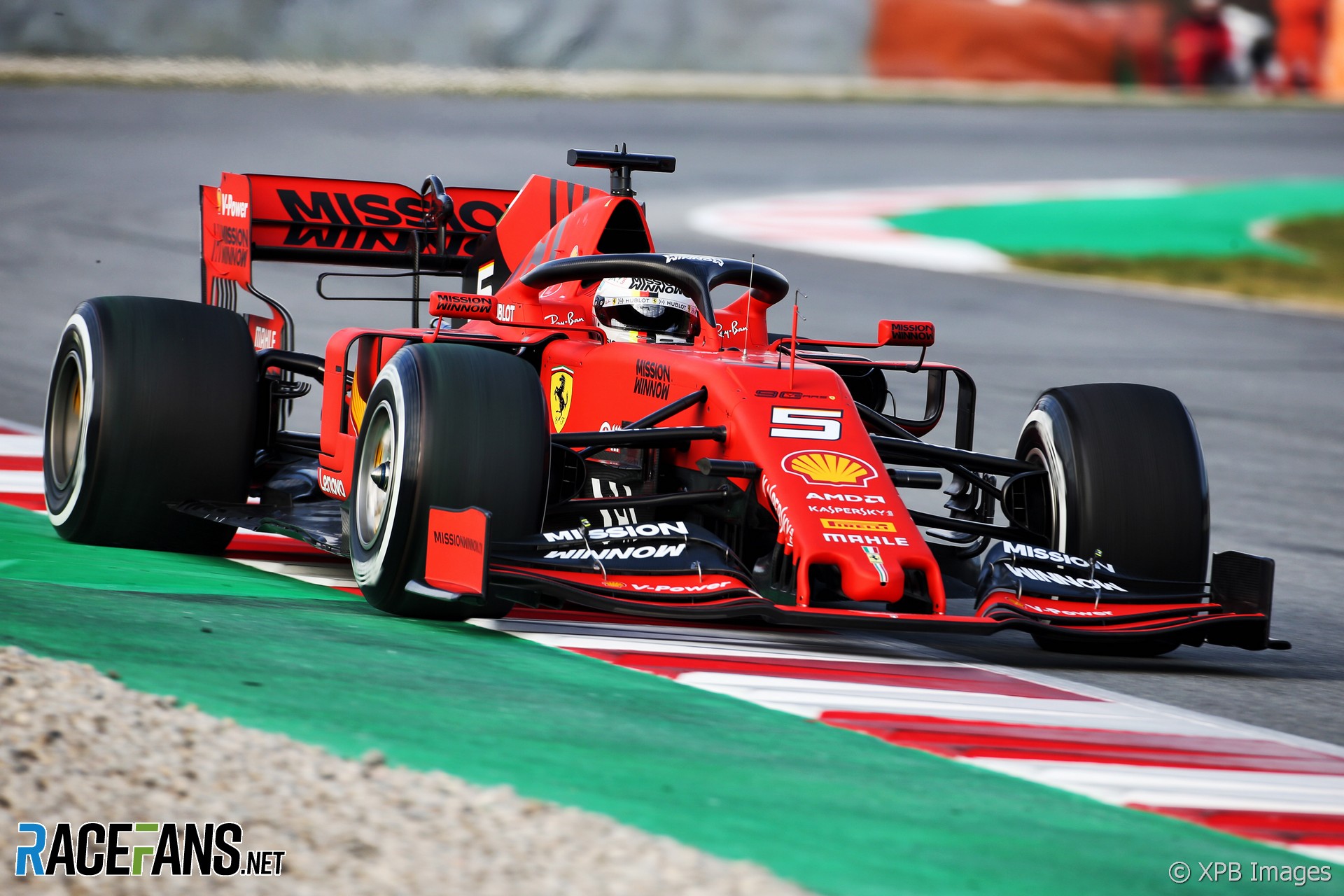 A delighted Sebastian Vettel described his new Ferrari SF90 as “very close to perfection” after conclusively leading the first day of testing for the 2019 F1 season.

“We couldn’t have hoped for a better day,” Vettel told RaceFans and other media at the Circuit de Catalunya. “I think it was unbelievable.”

Vettel covered 169 laps – the most of any driver – and led the times with a best lap which was almost a second quicker than the next driver on the same tyre.

“The car was working really well, we had no issues slowing us down,” said Vettel. “We actually completed the program just the way we wanted. And we’re able to squeeze a little bit more out even.”

Vettel had already driven the car once in a filming event yesterday at the track. “The first impressions yesterday already were very good and strong and the same today.

“So it seems that the car is working. I feel comfortable. Obviously I’m still a bit rusty because I haven’t driven for a couple of months. But [it’s] getting better, I certainly got enough laps today, I’ll sleep well tonight. The car’s working well, I’m very happy it’s doing what I want. So I’m very pleased at the moment.”

However Vettel stressed he was keen not to get carried away with his first impressions.

“Obviously it’s very early, the first day and it’s meaningless in a couple of weeks. But for now I think huge compliments to everyone back in the factory. How they tackled the the new rules and regulations and what they put on track today is very close to perfection in the first day of driving.

“The amount of laps that we did how the team was handling the car and obviously everything is more on the edge compared to last year car and tight and so on, what you’d imagine but as I said no no major dramas. So from that point of view we were very, very well prepared.”