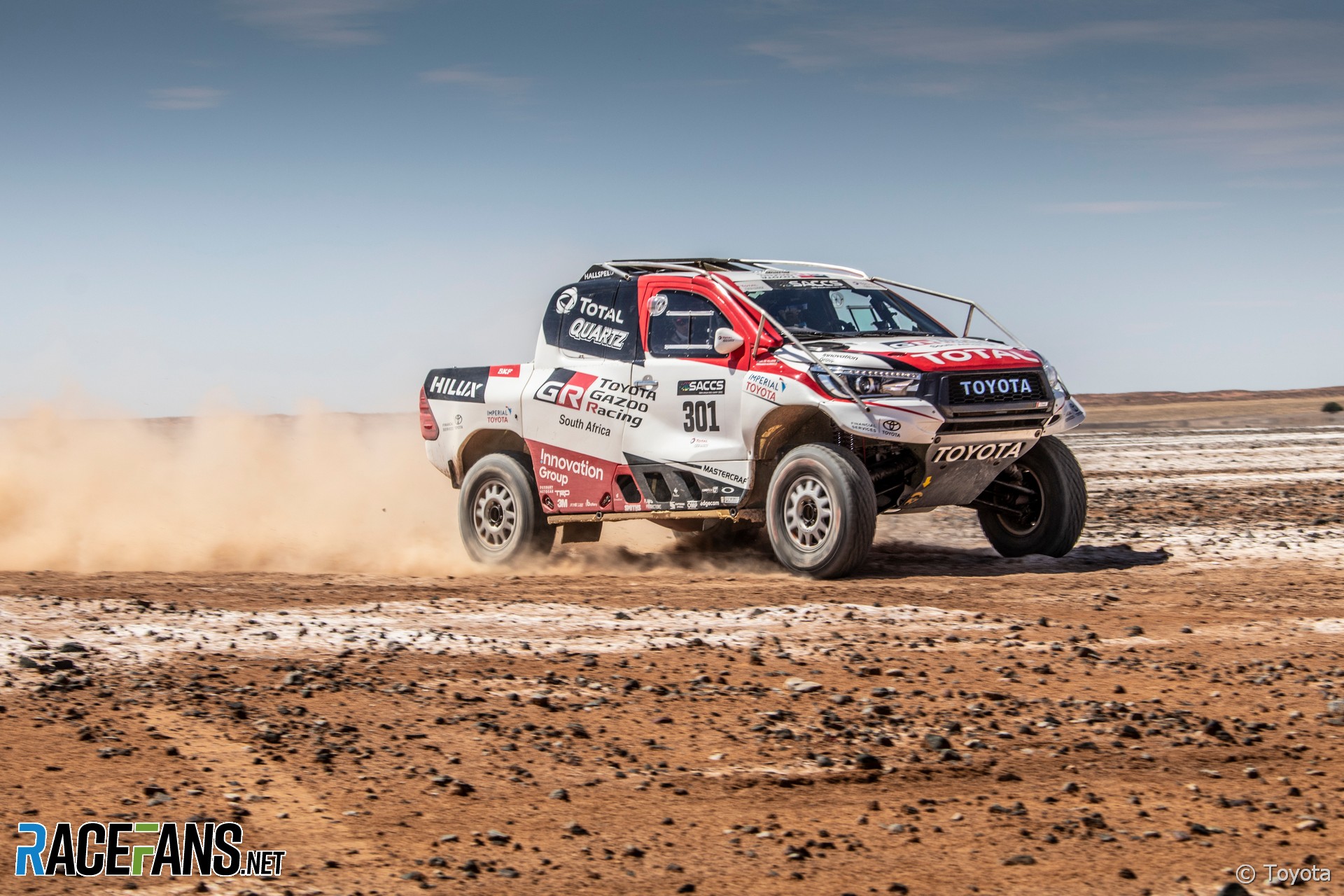 Fernando Alonso says he was surprised how quickly he felt comfortable during his first run in Toyota’s Dakar-winning Hilux.

The two-times world champion, who has previously played down the possibility of competing in rallies, tested the machine in South Africa today.

“It felt OK actually,” said Alonso after his first run. “We built the speed a little bit, slowly, lap after lap, getting more confident.

“Obviously still especially the bumps, [it’s] difficult to read how high they are and how much speed you can carry. But the car feels great, very good grip, food balance, good power and braking as well. Everything feels amazing so I’m really happy.”

Alonso was testing the car Nassar Al-Attiyah drove to victory in this year’s Dakar rally, held in January. He said he felt more comfortable in the car than he expected to despite the heat.

“Everyone was telling me how hot it was inside and I felt OK with the temperatures. I felt more comfortable than what I thought, probably.”

Alonso’s next race appearance will be in the Six Hours of Spa at the beginning of May. At the end of the month he will return to the Indianapolis 500 as he bids to become the second driver in motorsport history to win the ‘Triple Crown’.