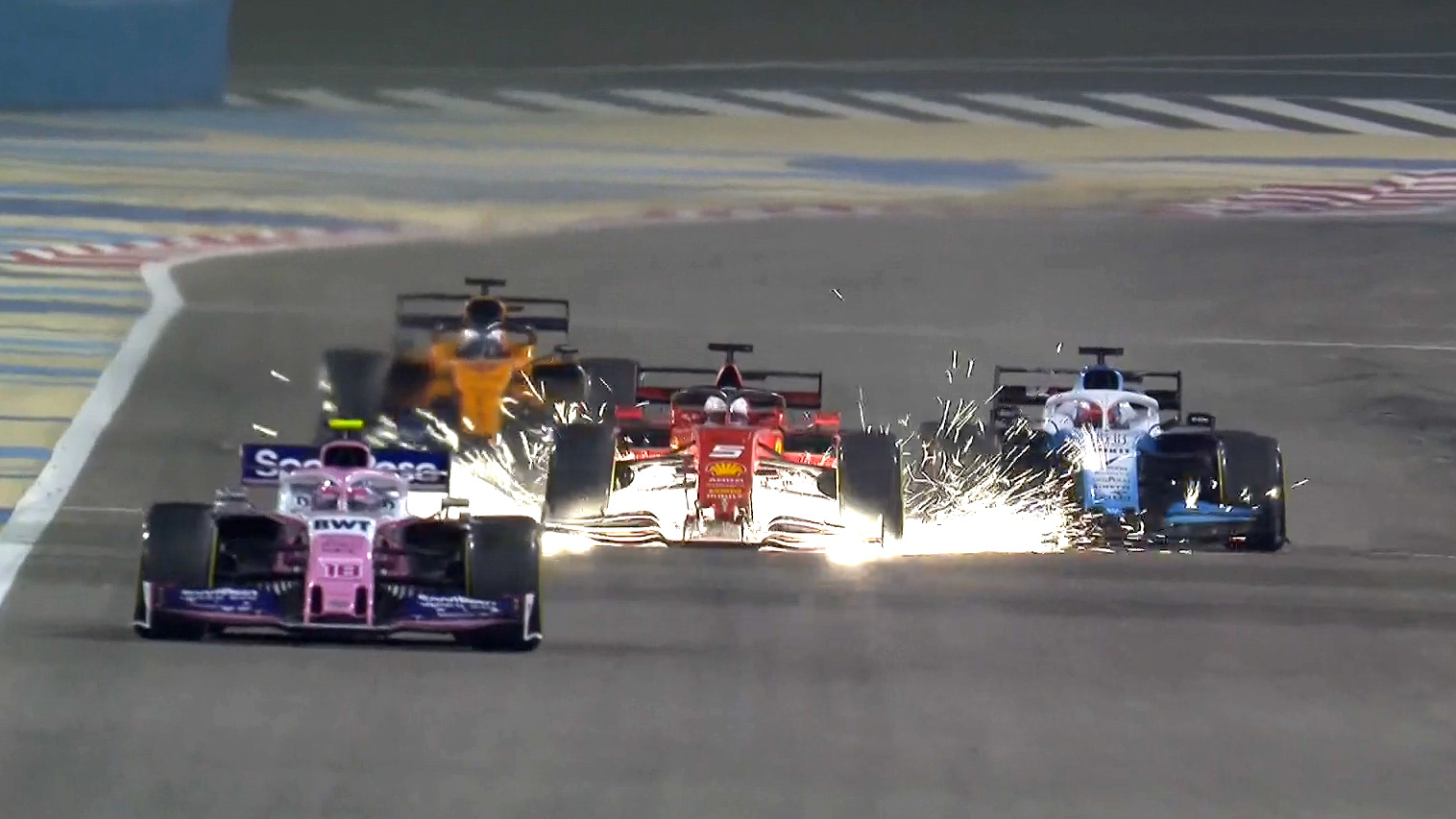 Sebastian Vettel revealed his spectacular front wing failure during the Bahrain Grand Prix was caused by his left-rear tyre delaminating.

The Ferrari driver damaged his tyres when he spun while trying to prevent Lewis Hamilton from overtaking him at turn four.

“I obviously had the spin,” Vettel explained to media including RaceFans in Bahrain. “I thought it was not too bad but during the turn-around I think the rear-left tyre delaminated.

“Pirelli is still searching, apparently, where the rest of the tyre is. Due to that I had a lot of vibrations so when I was going down the straight I had lots of vibrations and that caused the front wing to break.”

A Pirelli spokesperson confirmed to RaceFans that some delamination occurred on the tyre and he also punctured another.

“Vettel had a spin at high speed, which caused big flat spots on all four tyres (and vibrations that were potentially significant enough to remove the front wing).

“The left-rear tyre was subjected to the most load, and this did indeed partially delaminate against the abrasive asphalt in Bahrain. The right-front however was the only tyre that actually punctured following the incident: the other three tyres stayed up.”

Pirelli noted that “all of the above was as a direct consequence of the high speed spin” and “there was no issue with any of the tyres before this happened.”